In these dog days of summer the heat has many of us thinking about dehydration but keep in mind it can be a problem year-round. Children are at a far great risk of dehydration than adults for a variety of reasons. EMTs and paramedics should be vigilant.

Dehydration in pediatric patients is common in the prehospital world and can lead to significant morbidity and mortality. It is estimated that dehydration affects at least 2 million children annually and is one of the leading causes of death for children younger than 5 worldwide. In the U.S., the rate of diarrheal disease is substantially lower, allowing for a lower morbidity and mortality rate.

Pediatric patients are more susceptible to dehydration than adult patients due to a number of physiologic differences.

The most common cause of dehydration in children by far is vomiting and diarrhea from acute gastroenteritis. Other common causes include respiratory illnesses, fevers, DKA, burns, or hemorrhage. Symptoms of dehydration include vomiting, diarrhea, headache, altered mental status, lethargy, abdominal pain, decreased urine output, and myalgias. Signs include pallor, sunken fontanelle in newborns/infants, delayed capillary refill (measure on the sternum of infants), tachycardia, absent tear production, and dry mucous membranes. Hypotension can be an obvious sign but it is usually later in the course. The most effective tools for an accurate assessment are delayed capillary refill, skin turgor, and respiratory pattern--which would be consistent with the Pediatric Assessment Triangle (PAT). Hypoglycemia often accompanies dehydration especially in young children.

Oral rehydration therapy (ORT) is the preferred management for mild or moderate dehydration and IV therapy is typically reserved for severe dehydration. IV therapy should consist of a bolus of isotonic crystalloid fluid such as 0.9% normal saline or Lactated Ringer’s, typically 20cc/kg. Avoid using a hypotonic fluid for resuscitation due to the potential for electrolyte abnormalities. Other less common forms of rehydration in the prehospital setting include nasogastric tube fluid administration with ORT or intraosseous rehydration. An uncommon method is subcutaneous rehydration which entails inserting a butterfly or catheter under the skin (subcutaneously) and infusing fluid. A bolus cannot be administered in this manner, but maintenance fluids can be started. This method has a high success rate and speed of application if no other means are available.

There are some special considerations when rehydrating in the field. Patients with underlying cardiac disease may be more prone to fluid overload and should be bolused in smaller amounts with serial exams of the liver (to ensure it is not down) and lungs (fine crackles are a sign of fluid overload). Burn patients should be rehydrated with the Parkland formula depending on severity and total burn percentage. Children with genetic disorders and renal disease may need special IV fluid formulations and medical control should be contacted if any of these issues are present. If the patient has altered mental status, concern for an acute abdomen, or potential need for airway or surgical intervention, they should be kept NPO and IV/IO rehydration should be the only route of administration

Dehydration is a treatable condition but can be easily missed in pediatric patients. Using vital signs and the physical exam, along with clinical history, to guide rehydration will aid in managing fluid balance and repleting effective circulating volume. 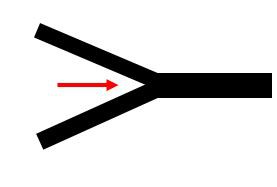 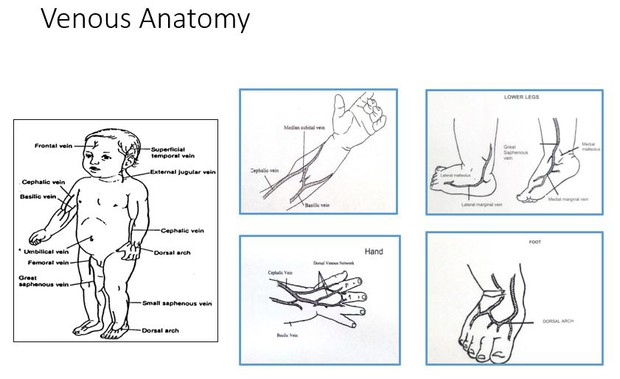 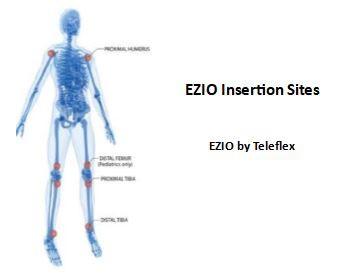 Some exciting news! The 2020 update of the Utah EMS Protocol Guidelines has been released! 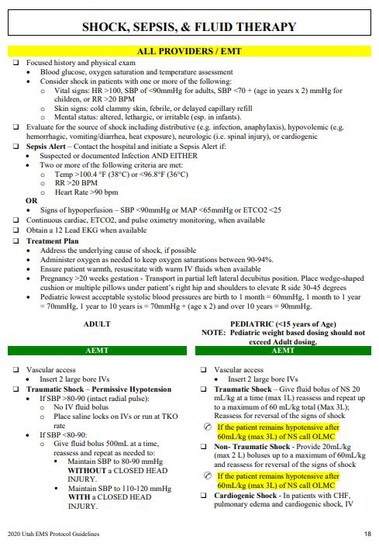 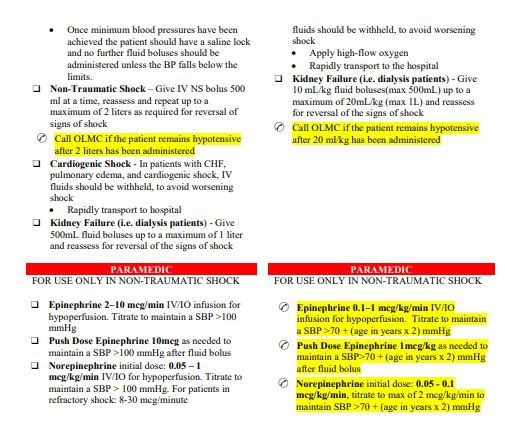 The Latest on Covid-19 and Kids

Many parents are questioning whether they should send their children back to school during the COVID-19 pandemic. School is important for a child’s mental, emotional, social, and physical development. There are also considerable risks associated with children going back to classrooms, play areas, and gyms where adequate safety measures are challenging. Evidence indicates children may not display any visible symptoms of COVID-19, creating a risk that they could unknowingly transmit the virus to teachers and school staff, parents, grandparents, and others in the community who may be more vulnerable to serious health effects. As part of deciding whether to send your children to traditional school or a blend of other available options, experts from Primary Children’s Hospital recommend you carefully weigh the risks and benefits to students, teachers, and families. You should consider the prevalence of COVID-19 in your community, the ability to modify school spaces to encourage social distancing, the availability of sanitation products and heightened cleaning efforts, and the ability to enforce mask-wearing among students.
Intermountain Healthcare has prepared some resources and information to help with the decision-making process and help kids and families stay safe while heading back to school:

The Utah Chapter of the American Academy of Pediatrics, Intermountain Healthcare, Primary Children's Hospital, and the University of Utah Department of Pediatrics released the following joint statement in late July. 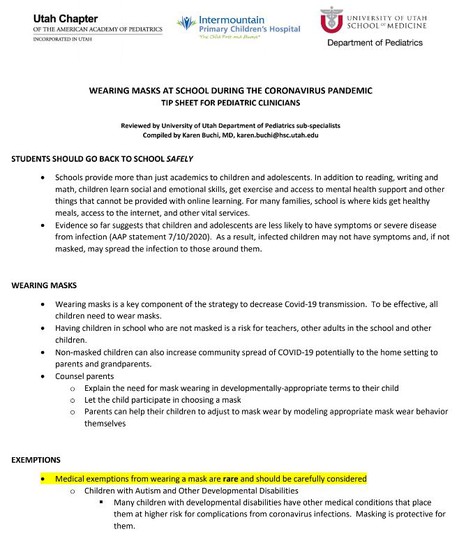 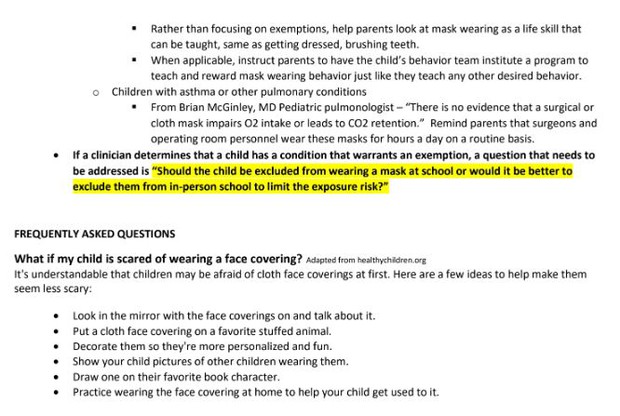 Wash, rinse, repeat: How to wear, clean, and store your cloth mask

COVID-19: How to stay safe when you come home from work

Do you have a question for our EMSC Medical Director, Hilary Hewes, MD, PCH, ER Attending Physician about this newsletter topic or anything related to pediatrics? Shoot an email to the address below. 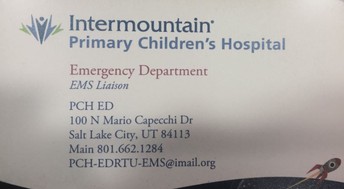 Want Follow up on Patients brought to Primary Children's?

If you are a pediatric advocate within your agency, we need you. Please contact our program manager, Brianne Glenn (brianneglenn@utah.gov) to find out how you can help. 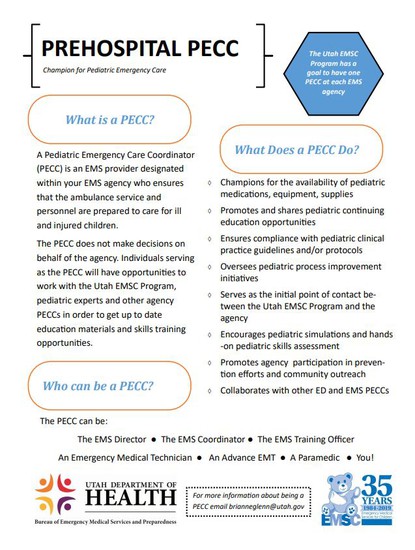 Until further notice these presentations will be conducted on the Zoom virtual platform. Join us on Zoom each 2nd Monday at 02:00 PM Mountain Time (US and Canada)

Archived presentations can be viewed and also qualify for CE. Access at https://intermountainhealthcare.org/primary-childrens/classes-events/petos

Pediatric lectures for EMS. Face time with PCH attending physicians. These lectures occur on the 2nd Monday of each month from 2-3 p.m. Watch the webinar. It will qualify for pediatric CE from the Utah Department of Health Bureau of EMS and Preparedness. 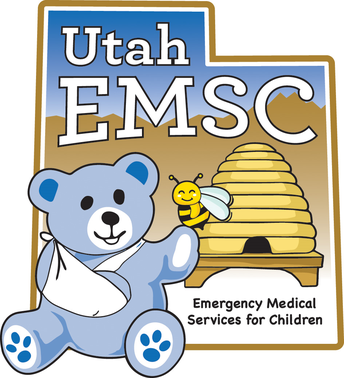