Graphic novels are becoming highly used and requested items here at the BOCES MultiMedia library. Over the past year we have added many new items that could be a beneficial addition to your classroom or library.

The MultiMedia library has begun adding graphic novels for all grade levels and lexiles. We are attempting to add the graphic novel counterpart for popular titles. 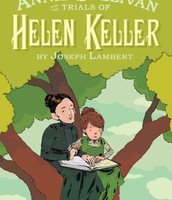 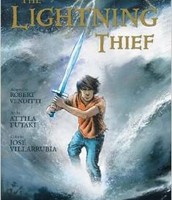 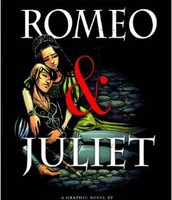 Mythological monsters and the gods of Mount Olympus seem to be walking out of the pages of twelve-year-old Percy Jackson's textbooks and into his life. And worse, he's angered a few of them. Zeus's master lightning bolt has been stolen, and Percy is the prime suspect. Now, he and his friends have just ten days to find and return Zeus's stolen property and bring peace to a warring Mount Olympus.

The Sea of Monsters: Percy Jackson and the Olympians: The Graphic Novel (350520)

A game of dodgeball turning into a battle with monsters? Thats just the beginning for Percy Jackson in the latest graphic novel adaptation of his mythic adventures. Full-color illustrations.

The tragic story of two star-crossed lovers from different worlds comes to life in graphic novel format. Romeo, from the Montague family, and Juliet, of the Capulet clan, fall deeply in love at first sight. Fearful of punishment from their respective factions, the two teens keep their love hidden from everyone. However, when their commitment to each other is exposed, it adds more fuel to the heated family feud between the Capulets and Montagues and puts their love and their lives at risk.

A graphic novel adaptation of "A Wrinkle in Time" in which Meg Murry, her brother Charles, and their friend Calvin, embark on a journey through space and time, assisted by three otherworldly women, when they set out to find Meg's father, a physicist who disappeared while experimenting with time travel.

Annie Sullivan and the Trials of Helen Keller Graphic Novel (350521)

“You were my Little Miss Spitfire,” Annie Sullivan’s teacher tells her as Annie sets out to teach Helen Keller, an even more difficult pupil. Panel discussions. Bibliography and suggested reading. Full-color illustrations.

A memoir about Vladek Spiegleman, a Jewish survivor of Hitler's Europe, and about his son, a cartoonist who tries to come to terms with his father, his story, and history itself. Cartoon format portrays Jews as mice and Nazis as cats. 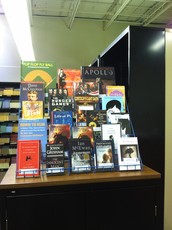 The MultiMedia library is open year round from 7:30am-3:30pm Monday through Friday. Please call or email us if you have any problems or requests!
27 Gick Road, Saratoga Springs, NY, United States abehan@wswheboces.org 518-581-3730 wswheboces.org/SSS.cfm?subpage=152