The Good and the Bad

The Good and the Bad 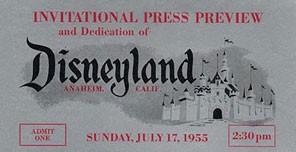 Disneyland opened on July 17, 1955 in Anaheim, California. The opening of Disneyland was a "light" event of the fifties because it provided a new form of entertainment for people, as an amusement park. Several classic Disney rides opened that day including, Mr. Toad's Wild Ride, Peter Pan's Flight, and Mark Twain's Riverboat. However, the day Disneyland opened they were not prepared for the volume of people who attended the opening, counterfeit tickets had been distributed, resulting in over 28,000 people in attendance. That day several problems developed, including a gas leak in the Fantasyland park, and a food shortage. 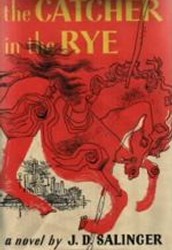 J.D. Salinger became well known during the fifties for his novel, Catcher in the Rye, which was published in 1951. The publication of his book was a "light" event for the fifties since the novel has become an ageless classic starring the character Holden Caulfield. Unfortunately, Salinger became a recluse, and the only novel he ever published was Catcher in the Rye, though he did publish a total of 36 stories.

Jackson Pollock death in an alcohol related car crash on August 11, 1956, was one of the "dark events" of the fifties, as a huge cultural loss. Pollock was an American painter who started the unique painting style of "drip and splash", which involved using sticks and knives, etc. to fling paint on the canvas. He was also a major figure in the abstract painting movement, which contributed to contemporary art. At the time of his death, Pollock was extremely well known, and his paintings had been featured in numerous exhibits, including the Venice Biennale exhibition in 1950. 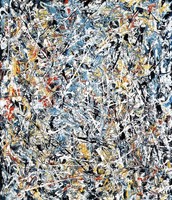 Brown v. Board of Education

The Supreme Court case Brown vs. Board of Education was decided in 1954, and was a monumental event for civil rights in America. The Court had actually decided to combine several similar cases under the heading Brown vs. Board of Education of Topeka, so that the case was not just a Southern based controversy. This was a major "light" event where the Court ruled that "separate but equal" does not apply to schools, therefore schools should be integrated. This ruling was a key part of the civil rights movement, and it lead to the events involving the Little Rock Nine. 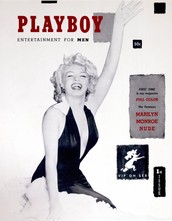 The first edition of Playboy Magazine was published in December, 1953 by 27 year old Hugh Hefner. The first cover featured Marilyn Monroe as the "Sweetheart of the Month", later called the "playmate" and sold over 50,000 copies. However Hefner wasn't sure that a second edition would be published, so he did not put a date on the cover. The first publication of Playboy Magazine is a "light" event that signaled a new era of magazines with "racier" photos and topics. Additionally it was a significant addition to American culture, given the magazines continued fame today.

Art Paul: Playboy Magazine Covers 1950's
I have 4 light and 1 dark event because I had already completed my 4 light events before the project requirements were changed.