The Best Of The Best

The Best In Baseball And Basketball

The Best Of The Best

The Best In Baseball And Basketball

Everybody has a favorite team. If your favorite team is your family’s or your own. Your favorite team could be your home team or a team far away. But these teams will ever be the best reams to play the sport. They are the New York Yankees, the 1995-96 Chicago Bulls, and The Original Dream Team.

First is the New York Yankees. The Yankee has won the most World Series (pg.38). The 1998 season, playoffs, and World Series games add up to 125 wins and 50 losses (pg.38). They have thrown many perfect games (pg.41). They have 2 of the best players ever which are Babe Ruth and Lou Gehrig and they are both in the hall of fame (pg.45).

Last is the the Original Dream Team of 1992. This was the collection of the best players of their time (pg.61). They set an Olympic record for setting 117 points a game. They won 8 games by an average of 44 points per game (pg.61). They won the gold medal by defeating Croatia and winning by 22 points (pg61). 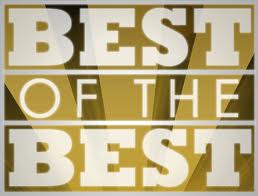 Follow Andrew Mendoza
Contact Andrew Mendoza
Embed code is for website/blog and not email. To embed your newsletter in a Mass Notification System, click HERE to see how or reach out to support@smore.com
close