Report Card Night for 3rd quarter will be held on Thursday, April 5th from 5:30pm to 7:30pm in the Beckman gym. You may pick up report cards beginning at 5:00pm at the attendance windows. Report cards will be given only to parents or guardians. Doors to the gym will open at 5:30pm. Please keep your meetings with teachers to about 3 minutes, especially if there is a line of parents waiting. If you need additional time, teachers can schedule a meeting with you.
Get Directions 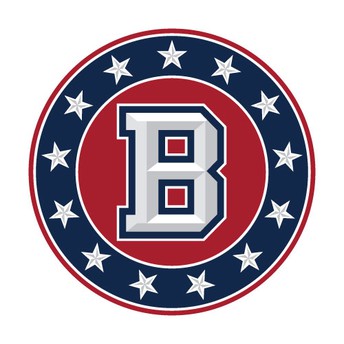 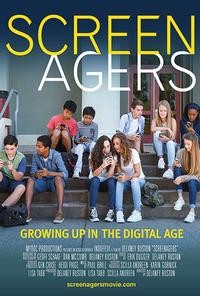 Screenagers Showing at Beckman on May 14th

In SCREENAGERS, Physician and Filmmaker Delaney Ruston takes a deeply personal approach as she probes into the vulnerable corners of family life, including her own, to explore struggles over social media, video games, academics and internet addiction. Through poignant, and unexpectedly funny stories, along with surprising insights from authors, psychologists, and brain scientists, SCREENAGERS reveals how tech time impacts kids’ development and offers solutions on how adults can empower kids to best navigate the digital world and find balance. 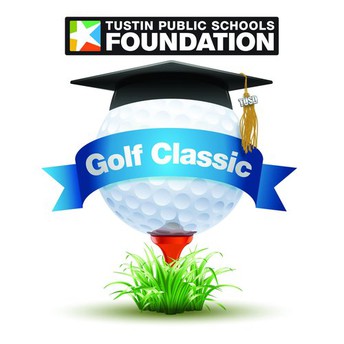 Tee off in support of Tustin Unified schools! 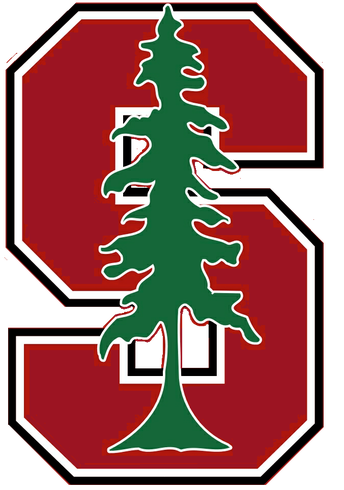 "This afternoon, my office sent email notifications to high school seniors who were waiting with anticipation to learn whether they would be invited to spend the next four years at Stanford.

Even though I have been in the admission field for over 30 years, I still feel quite a bit of pain at the end of this week (as I do each year) about the many exceptional youths who were not offered a space in the class. I also expect that in the following weeks I will hear from parents who are understandably distraught that their sons and daughters with top high school class rankings, very high SAT scores and some truly impressive extracurricular accomplishments were denied entry.

Clearly, I believe that a Stanford education is wonderful, but my experience suggests it's often parents who are more upset about our admission decisions than the kids. I can relate to their concerns: I found myself getting jittery as my own daughter waited for her college application decisions. But given that today's teens already have enough pressure in their lives, I wish to impart three credos to these parents.

First, it's all relative. While the number admitted into the undergraduate class has remained unchanged for years, Stanford, like many of its peer schools, has had a record number of total applicants. Regardless of arguments over whether too much preference is given to one category over another, thousands of students are going to be turned away, and there is no doubt that the vast majority of them could have met the demands of a Stanford education. We could, for instance, have filled incoming classes four or five times over with applicants who achieved grade point averages of 4.0 or greater.

I wish there were a formula to explain who is accepted and who isn't, but the decision making is as much art as it is science. Each class is a symphony with its own distinct composition and sound; the final roster is an effort to create harmony, and that means that some extraordinary bass players don't get a chair. What's more, even among my staff there are legitimate differences about applicants. The bottom line: The world is not going to judge anyone negatively because they didn't get into Stanford or one of our peer institutions.

Second, celebrate the bigger picture. Despite the constant media buzz about the turbulent state of youth today, most of the applications I reviewed – as well as those reviewed by my colleagues at Stanford and elsewhere – are truly remarkable. And in most cases, those denied admission to some schools are admitted to others. The transition from high school to college is a monumental turning point, and it's more important to focus on how a young adult is moving on to a new stage than where that stage happens to be. This is the moment when parents should mark the success of their children and rejoice in the excitement that the next four years will bring.

And that leads to my final point: Education is what a student makes of it. Of course, certain schools have resources that others don't, but they all offer opportunities to learn and to grow.

I am reminded of a teenager graduating high school in Sunnyvale, Calif., in 1975, who applied to only Stanford and one other school. He was understandably disappointed when denied admission here, but he later excelled as an undergraduate at the distinguished university across San Francisco Bay, UC Berkeley.

He went on to earn a doctorate at the Massachusetts Institute of Technology and to become a research scientist at the Carnegie Institution of Washington and an adjunct professor at Johns Hopkins. In 2003, he joined the Stanford University School of Medicine and was the co-winner of the Nobel Prize in physiology or medicine in 2006. Andrew Fire is not atypical when it comes to Stanford applicants. Nor for that matter is John Etchemendy, Stanford's longest-serving provost and philosophy professor who also was denied admission as an undergraduate. Nor are any of the thousands of others who aren't accepted to Stanford and go on to have fulfilling lives.

An undergraduate degree from Stanford, or an Ivy League college, may well end up being only one line at the bottom of a resume. What parents and college applicants across the country need to remember is that the news they receive, whether good or bad, is but a single step on a much longer journey." 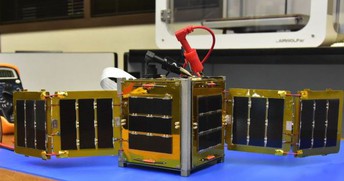 CubeSat Expected to Launch in May

On July 26, 2017, IRVINE01 was delivered to Irvine launch integrator, Tyvak Nano-Satellite Systems. Students successfully conducted final testing and integrated the CubeSat into the P-Pod in preparation for launch on PSLV-C41. Students continue to make periodic trips to Tyvak to ensure the battery is fully charged and prepared for delivery to India for launch with the Indian Space Research Organization (ISRO).

Launch of PSLV-C41 was originally scheduled for fall 2017, however an unexpected failure of the launch attempt of PSLV-C39 in August 2017 delayed the Irvine01 mission. The payload aboard the failed vehicle was the Indian IRNSS satellite, part of the Indian GPS satellite constellation intended to replace existing Indian GPS satellites that are starting to fail. Because this was a critical launch for Indian national security, the failure pushed all future launches out by at least 5 months.

PSLV-C40 successfully launched in January 2018 and the Indian Government is now accelerating the launch of a replacement GPS satellite to March 2018. The GPS Satellite will be launched 2,200 kilometers above Earth and IRVINE01 will be launched 500 kilometers above Earth. We are anxiously watching this upcoming launch. If all goes as expected, IRVINE01 should immediately follow sometime in May 2018. The team will receive notice 3-4 weeks in advance of the launch to prepare for delivery of the CubeSat to the launch site in India and plan the Irvine CubeSat STEM Program IRVINE01 launch celebration.

Join our informal educational wellness workshops focused on providing our audience with useful tips on various wellness topics. These workshops are perfect for students and staff. Workshops are free and conveniently arranged on late starts. Please RSVP on the link to register: https://tinyurl.com/yafyohjy Light snacks and beverages will be provided.

1) Skills and steps to deal with stress and reduce stress

Flyer with additional information at the link below.

The Patriots varsity ice hockey team completed its perfect season on Saturday, winning its 26th consecutive game, to capture their first varsity ice hockey championship. Captain Alex Altman scored the game winning goal as the Patriots beat the Bishop Amat Lancers by the score of 3-2. Senior Jake Norris and Junior Grayson Yada also scored for the Patriots in the victory. The Patriots are currently ranked #1 in the State in varsity Division 3 and #3 in the State of California for all of varsity hockey. Combined with their inline championship, the varsity team finished a perfect 40-0, with two League Championships and two tournament titles. It has been an incredible season and has established Beckman Area Hockey as a force to be reckoned with. 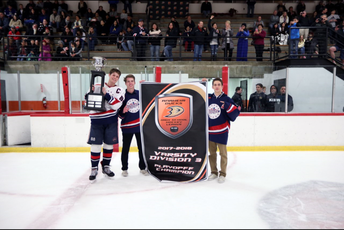 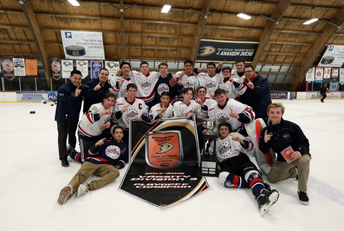 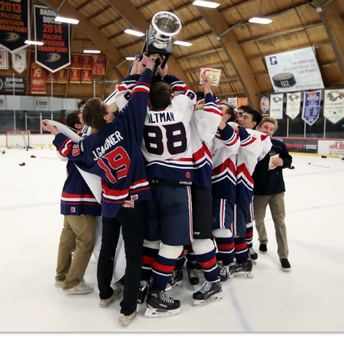 Another year, another top-3 finish!

The American Chemical Society Olympiad examination is a tough sell. It usually involves weekly practices, studying from college-level textbooks, and investing a lot of self-studying outside of class. With that being said, our students did just that. At this level, some of the top universities recruit from this list. This year, Beckman finished third place in the region. In order to earn third place, we had to beat University, Northwood, OCSA, Sage Hill, Sunny Hills, Woodbridge, and CDM. This is the team's fourth top-3 finish in the last five years. The team consists of Kaeshav Chandrasekar, Edward Jin, Kelvin Lee, and Sophie Nguyen. The best of the best in chemistry come out to this competition, so their hard work certainly paid off. In addition, Edward Jin scored well enough to be recognized as the highest scorer in the region! 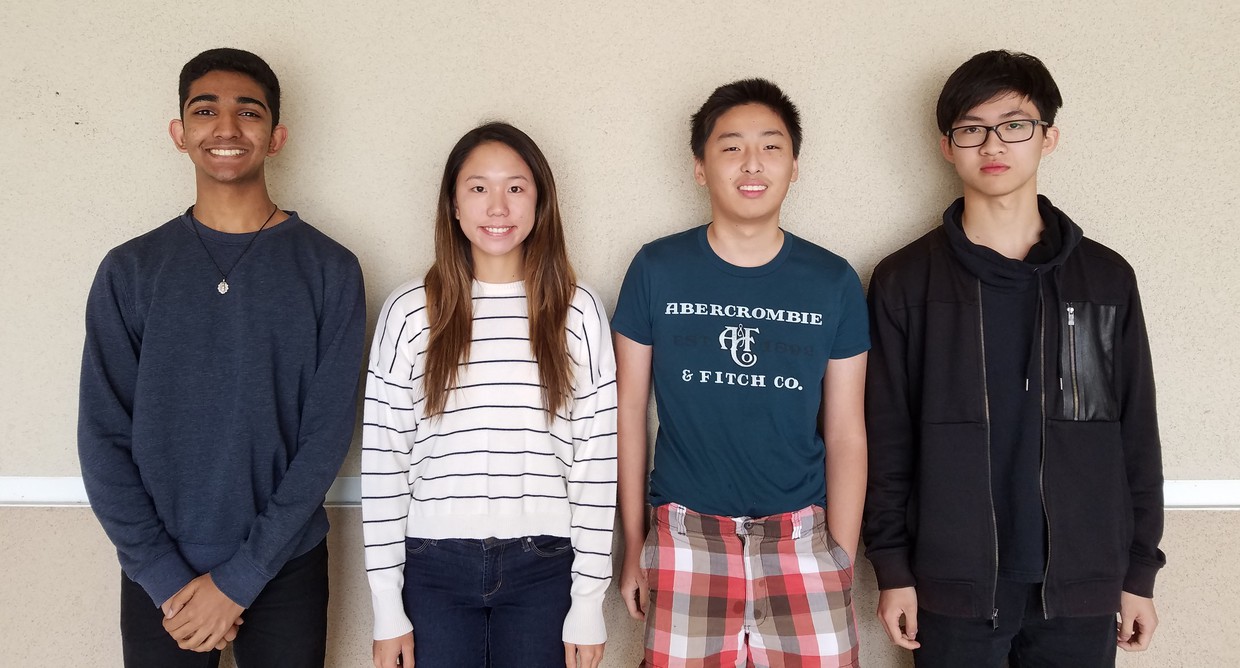 On March 17, the Patriot Marching Band performed in the 167th Annual St. Patrick's Day Parade in San Francisco, the largest St. Patrick's day parade on the west coast, with over 100,000 on hand. The band also made a stop at the state capitol where they performed and met Assemblyman Ken Cooley. The band concluded their tour by performing at the Golden Gate Band Shell on Sunday. Link

Congrats to the following Students for the recognition they received at the Tustin Area Council for the Fine Arts Student Exhibition: 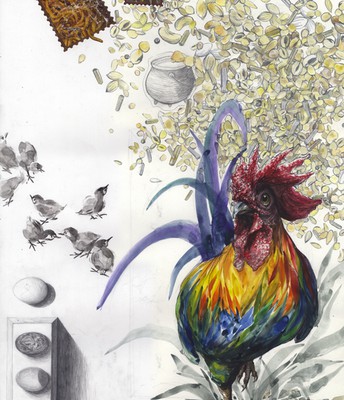 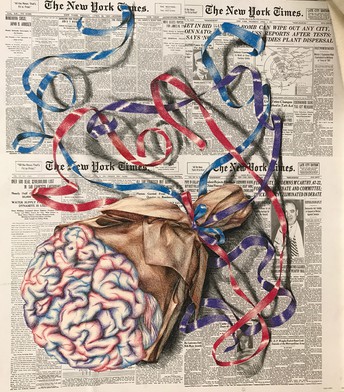 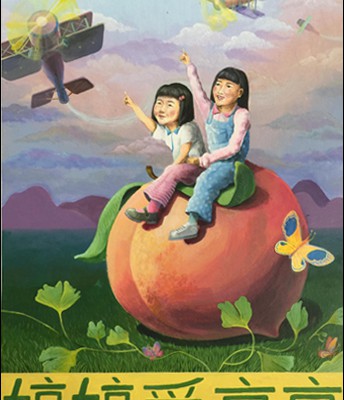 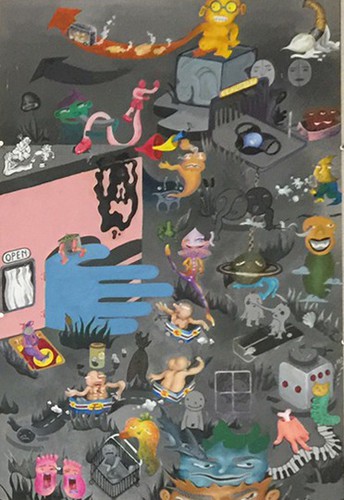 12th grade visual arts student, Lilian Pan, has received both a regional and national gold medal Scholastic Art & Writing Award for her painting, "The Field of Mindful Characters." The Scholastic Art & Writing Awards are presented by the Alliance for Young Artists & Writers...whose mission is to identify students with exceptional artistic and literary talent. Through the Awards, students receive opportunities for recognition, exhibition, publication, and scholarships. Students across America submitted nearly 350,000 original works this year in 29 different art and writing categories. Lilian and her family are planning on attending the National Ceremony at Carnegie Hall in New York City in June.

Oceanography - Citizen Scientists for a Day

Students in Oceanography classes were citizen scientists for a day, taking a short cruise to the Crystal Cove Marine Protected Area to help monitor the effectiveness of conservation efforts there. In collaboration with Crystal Cove Alliance and Davy's Locker Whale Watching, students gather plankton samples, conduct water quality testing, and 'fish' with a Go Pro. The data they gathered is used by UCI to monitor the ongoing health of the marine ecosystem in the park. They are often rewarded with whale and dolphin sightings as well and the beautiful day on the water. 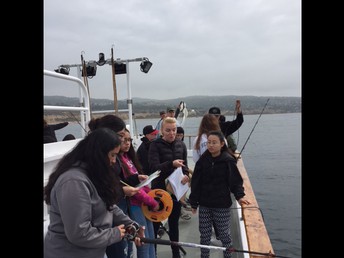 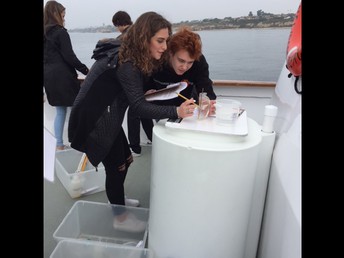 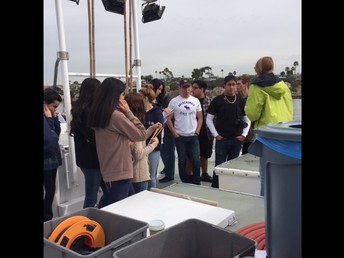