A big "THANK YOU!" from Gwyn and me for your encouragement and support throughout this busy season. Together, we have been able to bless many families and share the light of God's love.

Pray for our staff and faithful volunteers as we wrap up Christmas and prepare for the New Year. Pray that they will have times to recuperate and renew themselves. Pray that God will guide us in the days ahead.

We will be leaving for Pasadena tomorrow so that the family can march in the Rose Parade. There have been disruptions with canceled flights across the nation. That has caused stress on the parade organizers. Look out for Gwyn, all four kids, and Arnold Blankson in the parade.

This year has certainly FLOWN by! God has continued to grow and stretch me and I've learned new lessons. I am excited about the new year and trusting God for the days ahead. Are you? Remember the challenge given on Christmas Sunday, let's pursue godliness in this new year:

"22 then you know to take off your former way of life, your crumpled old self—that dark blot of a soul corrupted by deceitful desire and lust— 23 to take a fresh breath and to let God renew your attitude and spirit. 24 Then you are ready to put on your new self, modeled after the very likeness of God: truthful, righteous, and holy." 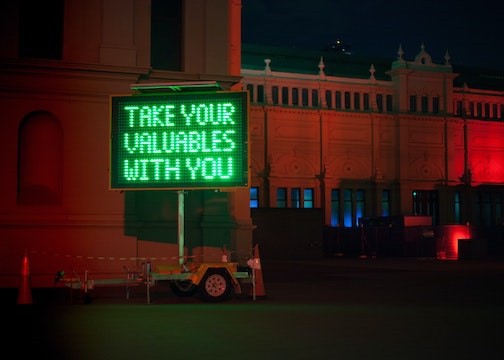 It was Mark Twain who famously said, “History never repeats itself, but it does often rhyme,” and it is often true that we can discern and recognize patterns and echoes of the past in current events. This may explain a curious quotation in Matthew’s gospel surrounding the birth of Jesus:

“This fulfilled what the Lord had spoken through the prophet: ‘I called my Son out of Egypt.’” Matthew 2:15 NLT

The quotation is from Hosea 11:1 and would not normally be regarded by the Jews of the first century as being a prophecy about the Messiah. But a recurring theme in Matthew’s gospel is to convince Jews that Jesus is the fulfillment of Old Testament prophecies about the coming Savior. Although it is not obvious to us in the twenty-first century, the parallels between Moses and Jesus and Herod and Pharaoh would readily spring to mind in the readers (hearers) of Matthew’s account of the early childhood of Christ.

Herod was a thoroughly despicable ruler at the time of Jesus’ birth. He was only, barely, tolerated by the Roman Emperor because his excesses and brutality made him even more hated than the Roman occupiers who kept him in power. This made the Province of Palestine easier to govern from the point of view of Rome.

Herod’s propensity for murdering anyone who could even remotely challenge his authority was legendary, and is well documented — including his uncles, aunts, wives, and children! According to the Jewish Roman historian Josephus, Caesar Augustus once remarked that it was safer to be Herod’s pig than his son!

Although only Matthew recounts the episode that has become known as the “slaughter of the innocents” (Matthew 2:16-18), it would have been regarded at the time as just one more of the lesser atrocities attributed to Herod and totally consistent with his psychopathic behavior. It is recorded that on his death bed he ordered the execution of most of the Jewish leaders in Jerusalem!

Matthew’s account of Herod’s actions also give us a clue as to the timing of Jesus’ birth.

“Then Herod called for a private meeting with the wise men, and he learned from them the time when the star first appeared.” Matthew 2:7 NLT

“Herod was furious when he realized that the wise men had outwitted him. He sent soldiers to kill all the boys in and around Bethlehem who were two years old and under, based on the wise men’s report of the star’s first appearance.” Matthew 2:16 NLT

So, Herod calculated that Jesus could have been born sometime in the two years preceding the Wise Men’s arrival in Jerusalem.

As awful as it was, Herod’s slaughter was confined to the birth of boys in the vicinity of Bethlehem in the previous two years. Bethlehem was just a small hamlet at the time and scholars estimate the number of boys killed would have been between five and twenty, which probably explains why this atrocity never gained headlines in the other gospels compared with Herod’s other appalling acts!

I said earlier that Matthew probably wanted to draw a parallel between Herod in the time of Jesus and Pharaoh in the time of Moses. If you remember the story of baby Moses in his basket on the Nile river, you will know that that incident occurred because of the threat of a newborn Jewish leader to the megalomaniac ruler of Egypt. That threat was enough to engender another “slaughter of innocents” of all Jewish boys under age two!

But God had other plans, and in both cases — Moses and Jesus — precautions were in place to protect the baby boys and the historical rhyme that Matthew wanted would have been very persuasive to his Jewish readers.

These details add authenticity to the true narrative, as opposed to legends that embellished the story or were just made up by later commentators. We know very little about the childhood of Christ apart from one incident when he was aged twelve. But it is very probable that these facts we do know came to Matthew directly from Mary who would have been the only eyewitness to the details still alive when Matthew came to write his gospel. We today have sanitized the first Christmas believing it was all angels singing and shepherds worshipping and gift-giving by wise men from the east, but the reality was much more gritty, grimy, and fraught with danger as Matthew points out!

Next time we will look at the Holy Family’s return from Egypt and why they returned to Nazareth rather than Bethlehem from where they’d been forced to flee.

Blessings on you and yours!

There are no corps programs during the week. The food pantry is closed for an additional week due to cleaning and reorganization. Maria will also be on vacation.

There will be a New Year's Day Sunday Service. Major Audrey Madsen will lead the service while the Joneses will be down in Pasadena for the Rose Parade. Captain Larry Carmichael was stranded in Chicago of the flight cancellations.

The Western Territory Staff Band will be having its Ministry Weekend in Phoenix, AZ. Pray that they will have a safe and non-complicated trip.

Cindy will be on vacation and returning to the office on January 23rd. She will work on financial reports and income letters upon her return. Please give her time to produce those documents. 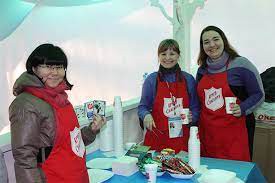 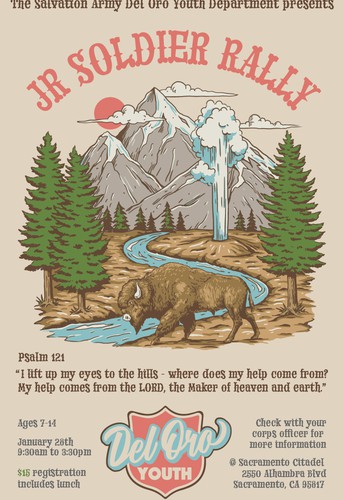 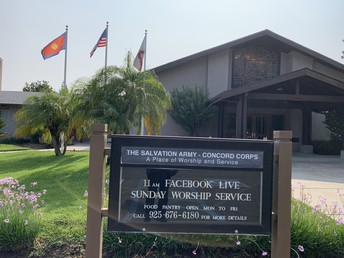 Facebook
3950 Clayton Road, Concord, CA, USA annmarguerite.jones@usw.salvationarmy.org (925) 676-6180 SalvationArmyConcordCA.org
BE THOU MY VISION -- My Favorite Irish Hymn! :)
Embed code is for website/blog and not email. To embed your newsletter in a Mass Notification System, click HERE to see how or reach out to support@smore.com
close