Get email updates from Mariah:

Where are Tom Sawyer and Joe Harper?

Where are Tom Sawyer and Joe Harper? 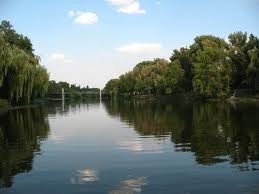 Tom Sawyer and Joe Harper were noticed missing this morning at 10:42. Concerned friends like Tom's friend Becky said, "He's gone now and I'll never never never see him anymore." There will be a funeral for both the boys on Saturday in the afternoon.

Also, there was an additional boy noticed missing this morning named Huck Finn. He has no family, so there will be no funeral for him.

This is the boy that is in love with Becky Thatcher (above).

We could find no photos of Finn so we photographed his favorite straw hat.

And Now to Twain

Question/Reporter: Mr. Twain, thank you for coming to speak to us today. Now I am going to ask you a question, alright?

Question/Reporter: Now, why did you want to make Tom have a girlfriend in your book? Was it to make the reader feel bad for poor Becky Thatcher when Tom disappeared?

Twain: Technically, Tom and Becky are not together anymore, but yes, sorta. Becky really loves Tom right now, but she doesn't want it to show. When Tom disappeared, I wanted my readers to feel bad for the girl who had lost her first love.

Question/Reporter: That's actually a pretty good idea. Okay, one last question. What is you plan with Muff Potter and Injun Joe?

Twain: Well these two men are not quite what you could say as "buddies." As you've read, Muff Potter was framed by Injun Joe and Potter is falling for it. You can guess that things will not end well for the two of them. If you want to find out what really happened, you'll have to read the rest of my book!

Question/Reporter: Alrighty sir! Again, thank you for answering our questions. 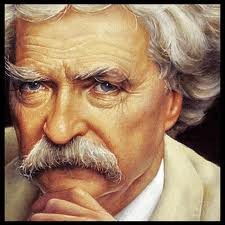