Pascale is using Smore newsletters to spread the word online.

Get email updates from Pascale:

We made it through our first full week of school this week. Thank you so much for all your help and suggestions for ironing out the wrinkles in technology and bussing. Marc Levesque has addressed and fixed most tech issues as of yesterday and we got all the buses out by 3:48pm! So in my mind that makes today a very happy Friday the 13th.

It was so great to see you all dressed in your spirit wear today. It's good to feel like you're part of one big team. Hope to see you at the TGIF after school today. Have a great weekend! 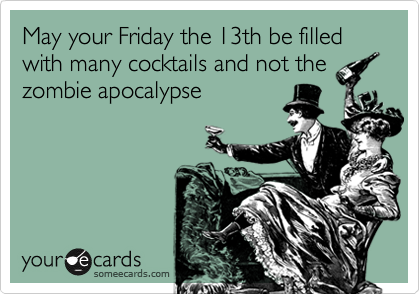 This year, we wanted to improve our tracking of incidents on the yard and the follow-up for those incidents. Together with Rachel, we have developed a simple recess ticket to deal with most of the issues that occur on the yard. We've been using them with our yard supervisors during lunch recess over the past week and have modified them to suit our needs. We would like any teachers who are out on duty during morning and afternoon recesses to use them as well.

Here's how it works:

Please avoid sending students to the office for yard incidents. Unless they are injured, students can walk with a teacher or stand on the wall until recess is over. 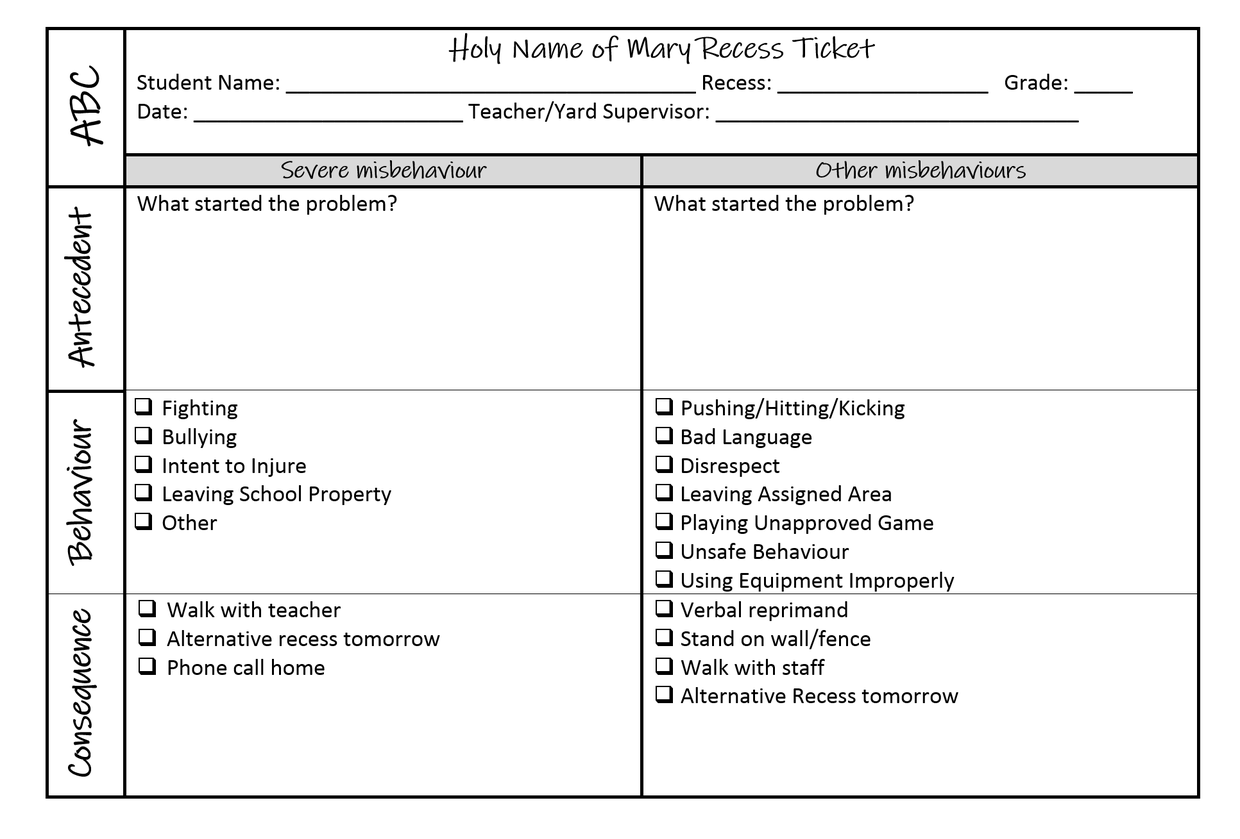 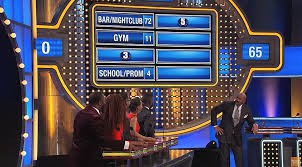 Thank you so much to those of you who took the time to respond to the two surveys I sent out. For the Community Groups survey, we had 21 respondents. In response to the question "Would you like to have Community Groups (Clubs) at Holy Name again this year?", 16 people answered yes, 1 answered no, and 4 answered maybe.

So we have decided to forge ahead with our clubs again this year. We will definitely take your feedback into account moving forward.

Feedback we received on how to improve the clubs this year:

Clubs ideas that people shared for the coming year:

For the Technology Workshops Questionnaire, we had 17 respondents. Fourteen people said that they would like technology workshops, one said no, and two said maybe. Most people said that Tuesdays would be the best day, and there was a pretty even split between preference for morning or afternoon sessions. The majority of respondents felt that every other week would be the best frequency.

Thank you so much to all of you for the great feedback! I will get cracking on this the week after the Scholastic Book Fair. We will likely start with an introduction to OneDrive and then progress from there. 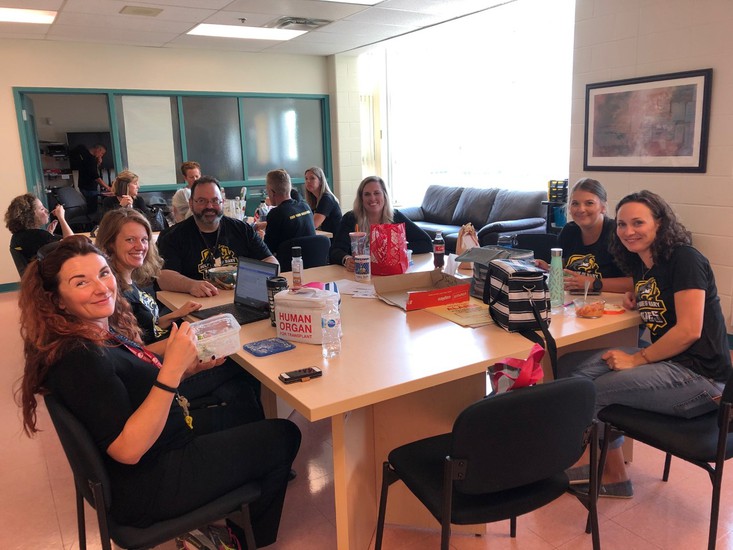 Here are a few photos of great things happening around the school this week. Don't be shy about texting me your own photos to include in these weekly newsletters. (Lots of people do!). I can't always get around to see everything, but I love to share what is happening in your classrooms. 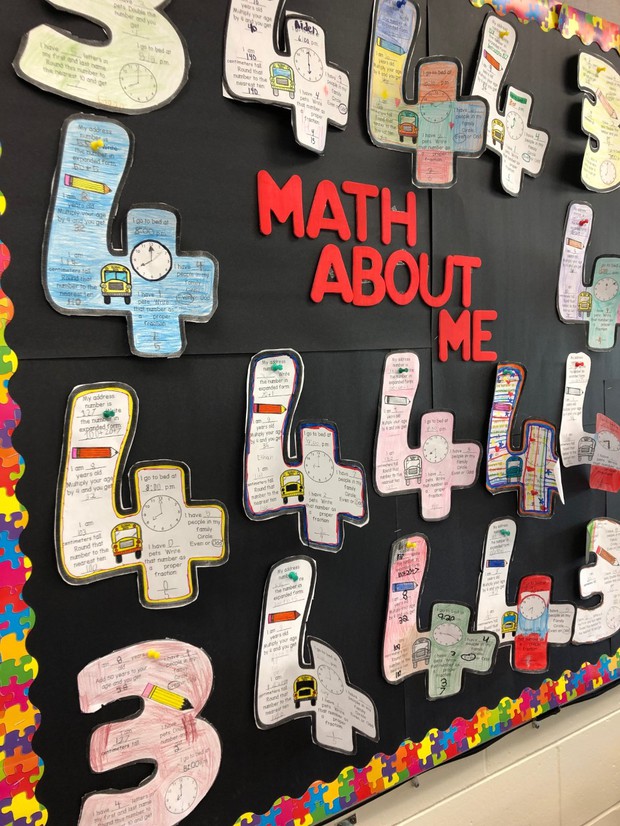 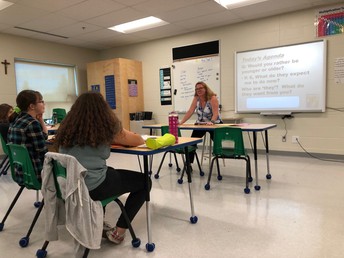 Sara's Grade 8's have been talking about expectations in Religion class. I got to pop in on several really insightful discussions after lunch recess this week. We are blessed to have such a great group of Grade 8 students this year! 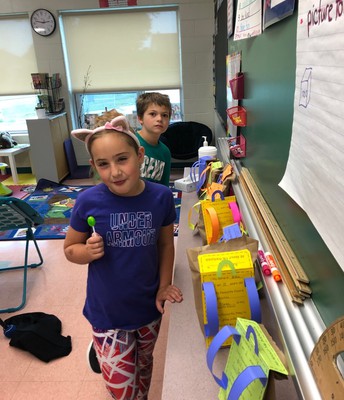 Kristine had each student bring in several items that represent them and had them present them to the class. Then they made these adorable little paper bag backpacks to put them in and bring home after our Open House next week. 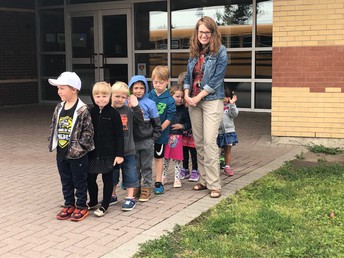 Mary's little ones got to practice getting on and off the bus safely during the First Time Riders program on Tuesday morning. They were super patient as everyone boarded the bus two by two! 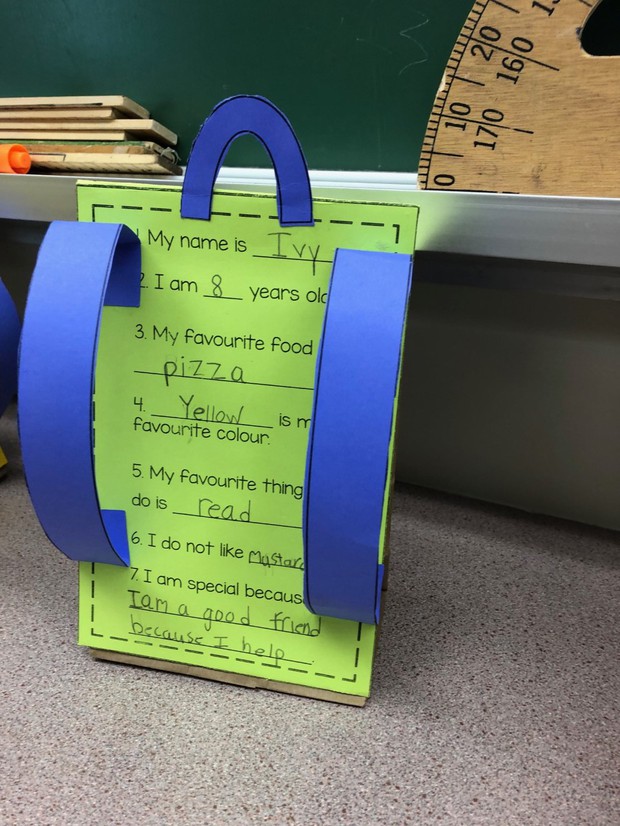 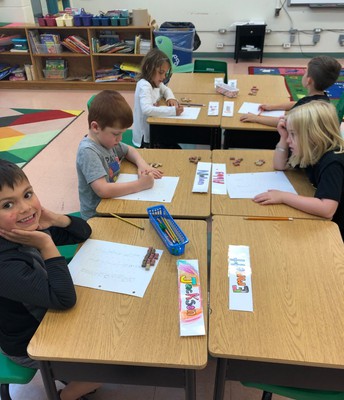 Sara Hart came up with some very creative math manipulatives this week. Here are her students making tens with doggie treats! Pretty sure nobody is going to eat those. 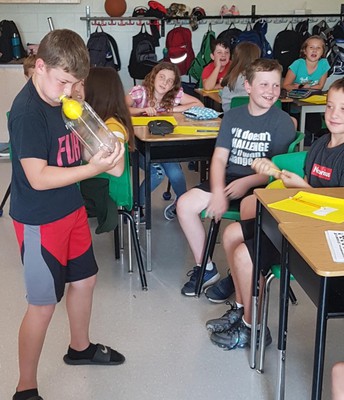 Kris' Grade 6's worked on whole group experiments focussing on the properties of air. The class is working on following rules as a whole group with a goal of eventually doing experiments in small groups. Nice to see Blair putting his energy to good use in this photo! 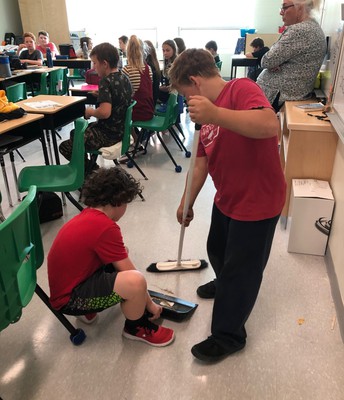 Gina's Grade 5/6 Core French students are learning that it is important to keep our classrooms neat and tidy. If you left a mess before recess, you need to take care of it after lunch. And even if it's not your mess, you can work together to help clean it up! 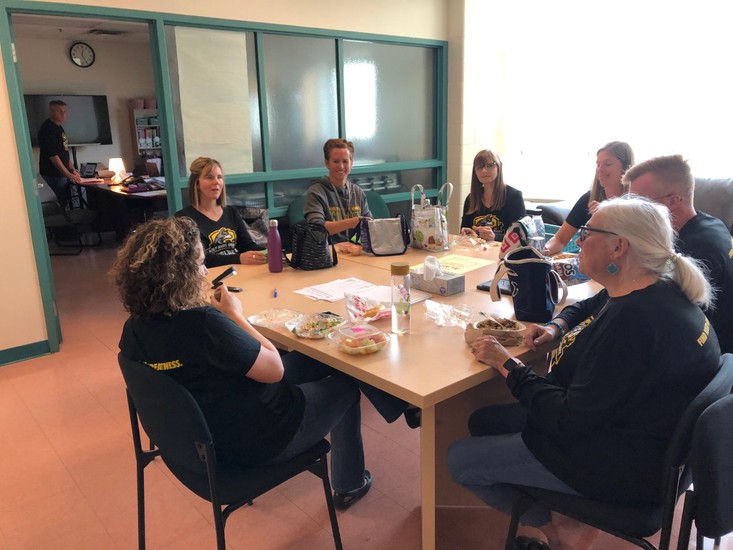 Here is a peek at the week ahead. Please check our Holy Name of Mary Staff calendar for all of the latest updates on what is happening this week at HNOM. As we often have last-minute changes, checking the staff calendar is the best way to get the most up-to-date information on events and absences. This short video tutorial will show you how it's done.

Pascale is using Smore newsletters to spread the word online.