A bomb threat was received by the principal of Naperville North High School this morning. Mrs. Stephanie Posey, with the assistance of the Naperville 203 administrative team, acted swiftly and decisively to notify the Naperville Police Department and remove students and staff from the building.

With the safety and security of our students being our top priority, all individuals in the building were relocated and students were reunified with their families. The Naperville Police Department, in partnership with other law enforcement agencies, conducted a thorough search of the building throughout the day and has now provided an “all clear,” following the determination that the building is safe.

Naperville 203 will be working with local authorities and federal agencies to determine the nature of the threat. The investigation remains ongoing.

We are thankful for the actions of our building administration, students, and staff members. Additionally, we are appreciative of our partnership with the Naperville Police Department. The department collaborated with the district to ensure the safety of students regarding both this incident, and unrelated police activity in south Naperville. The latter incident resulted in lockdowns with continued instruction at seven of our schools. Instruction continued indoors and all students remained safe while learning continued.

We are thankful for our collaborative partnership with the Naperville Police Department, which allowed us to maintain the safety of our students and staff.

Again, police have determined there is no threat to the safety of our Naperville North students and staff, and that the building is safe. All classes and activities will resume on their normal schedule tomorrow, September 23, 2021. 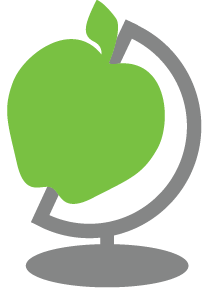 Facebook @naperville203
Please follow us on social media under the hashtag #203Unites. We are all united in the goal to ensure the best school year ever for our students!
203 West Hillside Road, Naperville, IL, USA info@naperville203.org 630-420-6300 Naperville203.org