We have a stellar team of teachers in Flint's Montessori program, and will be featuring them over the next few months in this newsletter. This month, we have a profile of Mrs. Nadia Rodriguez. 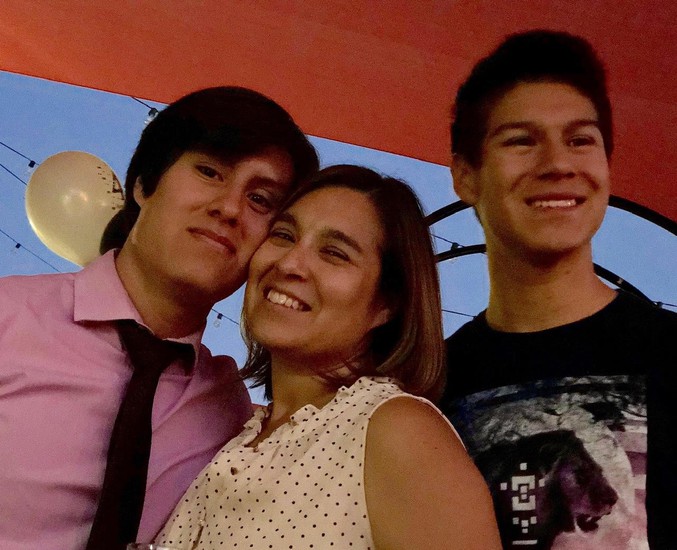 A Profile of Ms. Rodriguez

My name is Nadia Rodriguez and I'd like to thank you all for inviting me into your Montessori family! I was a stay at home mom of two beautiful boys before entering the classroom on the "other side of the desk." I'm a graduate of the Flint Community Schools and have raised my children here. I've always taught kindergarten or first grade because I just love this age! I'm looking forward to being a part of the exciting journey your children are on. Go Dragons! 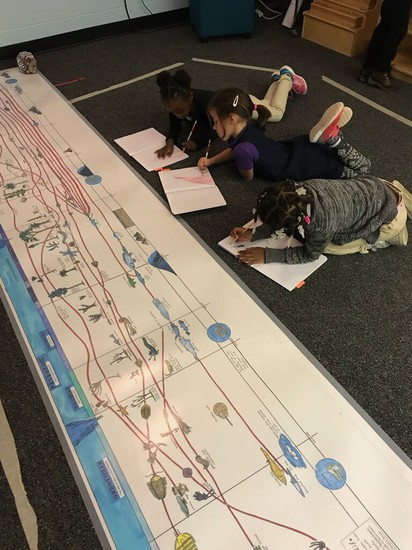 Montessori Corner: Ways to Genuinely Connect With Your Child

Let the child lead – "This tactic requires a bit of observation and carpe diem on your part. You have to get to know your child and embrace their hook. Your child must own the time and the activity during your 'connection' time."

Set a timer – Providing children with clear boundaries can be helpful

Ask your child to teach you something – Especially something they love, follow their interests and ask lots of questions. If you come to something they don't know, research the answer together.

Set an alarm – In order to spend quality time together in the mornings. "It might be worth getting a child out of bed 20 minutes early to embrace the quiet and avoid the chaos."

Allow space & time for slowness – "Instead of getting up and racing through your morning, take time to cuddle on the couch and to begin your day with dim light. Maybe listen to an audiobook or read out loud. Listening to calming music is a fantastic way to begin the day and to spend time together."

Go outside your house – "The home, for all is awe & wonder, can often be a source of stress." For some ideas for activities and events outside your home, that the whole family can enjoy, see the Resource Corner section below.

Participate – Play with, read with, imagine with, create with your child.

“We discovered that education is not something which the teacher does, but that it is a natural process which develops spontaneously in the human being.” ― Maria Montessori 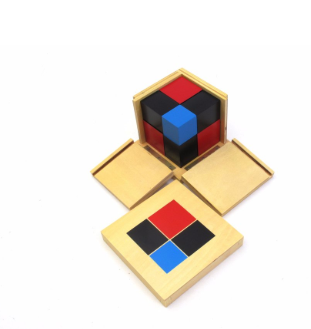 One material Dr. Jordan introduced during the November 2 Parent Workshop was the Binomial Cube (pictured below). The Binomial Cube introduces abstract math concepts to children by providing early sensorial experience. As children grow and refine their math skills, the cube is used for algebra. The cube is a material providing an important bridge between concrete and abstract thinking.

Composed of 8 wooden blocks which fit together in a binomial pattern, the cube represents the cube of two numbers, (a + b). All the blocks fit into a natural wood box.

The algebraic expression represented is :

Montessori for Flint is still seeking talented, dedicated individuals who are interested in being available as substitute teachers for the Montessori classrooms at DTM in 2018-19 and coming school years. Applicants are required to have a minimum of 90 hours of college credit , and knowledge of Montessori philosophy is strongly preferred.

Register by contacting EduStaff. Call (877) 974-6338 if you or someone you know is potentially interested.

Please register as soon as possible.

If you could be a good fit for the program but do not yet have Montessori training there are training options available. Contact Elizabeth Jordan at jordanel19@yahoo.com or (810) 610-7209 for more info.

There may be times when parents/families have individual questions/concerns about the program or your child's class and we want to help them understand how to get assistance.

Concerns about specific student situations or classroom questions should be addressed first to teachers and, if not resolved, brought to the DTM Principal.

Montessori for Flint can help families determine the right person to speak with if they are unsure or have questions about Montessori more generally. 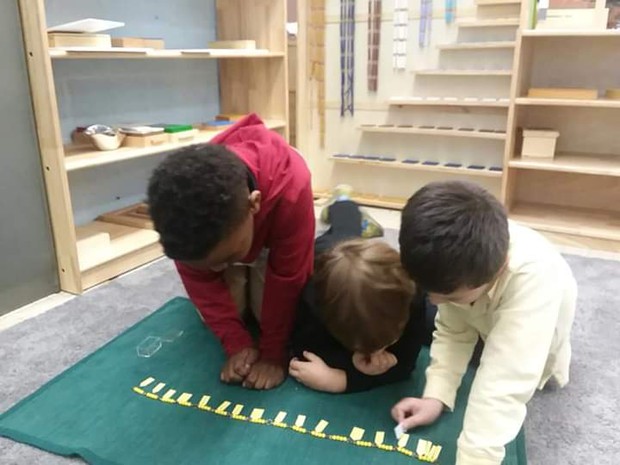 The Flint Montessori program is a partnership between the Flint Community Schools and Montessori for Flint. The monthly advisory meetings are an opportunity for families, the school, and community supporters to come together to guide planning, coordinate logistics, and identify next steps to keep the program and the partnership moving forward. If you are interested in providing your valuable input with this group and are able to commit to at least one year of monthly 1-hour meetings for the purpose of giving input and assisting with decision-making please contact Parent Liaison, Elizabeth Jordan at jordanel19@yahoo.com or call (810) 610-7209. 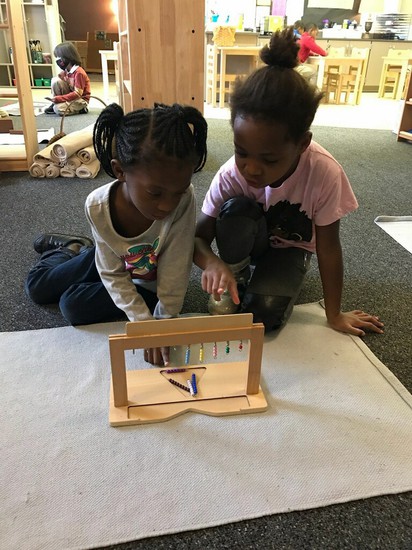 Thank you, in advance, for helping support our classrooms! 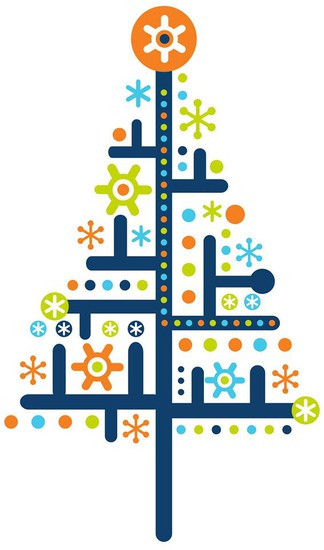 It's December and there are many options and opportunities for celebrating the start of winter with your family. Tree lightings and lights festivals throughout the county. Don't forget Christmas at Crossroads Village and Huckleberry Railroad. For more suggestions visit FlintFamilyFun. If you, your family, or someone you know and care about needs resources or support please don't hesitate to call 211 or visit their website for help with utilities, finding holiday gifts, winter clothes, and other resources.

www.consumersenergy.com
If you need assistance managing your energy bill, the Consumers Affordable Resource for Energy (CARE) program may help.

Linden’s annual Holiday Happenings is sure to put you in the holiday spirit. Activities for the night include a parade, fireworks, horse-drawn carriage rides, community sing-alongs and a visit with Santa at the downtown gazebo. For more information, visit lindenholidayhappening.com. 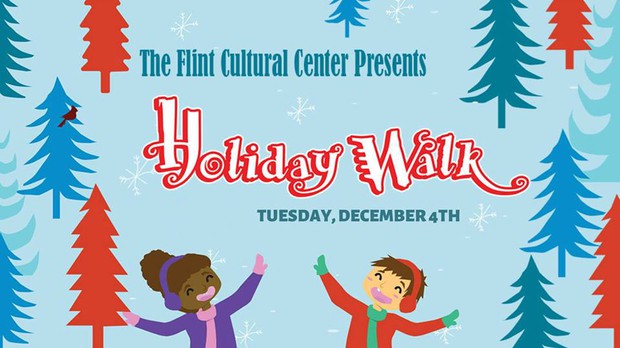 This is a FREE community event; however, we ask those who can to bring personal care items, clothing, and non-perishable food that will be donated to the Food Bank of Eastern Michigan.
Get Directions

Head to Physicians Park in Grand Blanc for the Festival of Lights. Festivities include a candlelight walk, a winter market, visits with Santa, and a trackless train ride. For more information, visit the City of Grand Blanc Downtown Development Authority Facebook page. 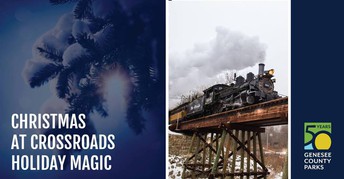 Make memories to last all year when the spirit of the season fills the streets and shops of Crossroads Village with thousands of lights sparkling and Santa waiting to say hello. Welcome to Christmas at Crossroads Village. It’s one of Mid Michigan’s favorite holiday traditions. You’ll find costumed villagers, live entertainment, model trains and craft demonstrations, holiday music and, of course, visits with Santa himself. Join friends and family for an evening ride on the Huckleberry Railroad and enjoy lighted displays through your train car windows. A family tradition for over 30 years and holiday fun for the whole family.

Ticket booth sales start 15 minutes before the Village opens and end at 8:30pm for that day. *** It is highly recommended that you purchase your Huckleberry Railroad train tickets early as they often sell out in advance.***

Crossroads Village & Huckleberry Railroad is open during all weather conditions and only closes for state mandated emergencies.

Flushing is proud of one of its most heartwarming traditions --- the Annual Flushing Candlewalk. The Candlewalk first began over thirty years ago and has grown into one of the county's largest events! Thousands of softly glowing candles will light your way along the streets of Flushing. It's a sight not to be missed! Two evenings of holiday music provided by local singers, choirs, ice sculptures, wood carvings, live performances, "Lionel" train display, s'mores, refreshments, and horse drawn wagon rides are the business owners' way of saying "thank-you" to the community.

You'll find chestnuts roasting on an open fire in the middle of Main Street, warming stations throughout the area, and Santa Claus arriving in a grand parade to light the ceremonial tree. The Flushing Candlewalk Tree is a beautiful tradition for all generations.

The 2018 Flushing Candlewalk kicks off this year on December 6th, with a Parade of Lights that bring Santa into town to receive the key to the city, and then the official Christmas Tree is lit. After Santa arrives, he will sit in Goggins Hall visiting with kids of all ages.

You will also be able to take in the sights and sounds at local businesses along Main Street for some "old fashioned" holiday festivities!
Get Directions

About Montessori for Flint

Facebook
Montessori is a learning method that can be used throughout elementary and secondary school. Families in Flint, Michigan now have a free, public option to access high-quality Montessori education in elementary school.

Follow Hope Chevrier
Contact Hope Chevrier
Embed code is for website/blog and not email. To embed your newsletter in a Mass Notification System, click HERE to see how or reach out to support@smore.com
close