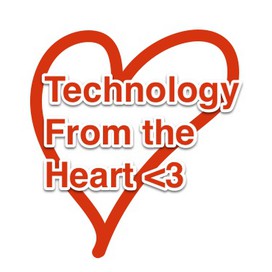 Instructional Technologist with a passion to help students and teachers integrate technology into their every day lives...both personal and professional.

Get email updates from Stormy: 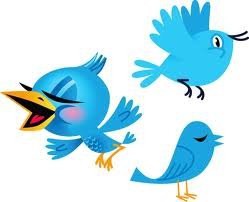 Use Twitter to build a Professional Learning Network (PLN) so that you can learn about the latest trends in teaching! How else will you stay on top of things?

To learn more about how to set up your Twitter account and get started watch the video below:

A Few Steps to Consider

Don't get to carried away with your handle. Tweets are 140 characters long and your Twitter name is part of those 140 characters. You want to leave room for your own messages as well as making it easy for people to retweet your tweets.

On the other hand, if the name people will remember and associate with you is a bit longer (like mine), the extra few characters may be worth it.

When you join twitter, the avatar that comes standard is the dreaded Twitter egg. Get rid of it as soon as possible and replace it with a picture of your own or your own logo. For personal accounts a face avatar is probably best. Try to make your avatar something people will remember.

One of the things people want you to do with their tweets is to retweet (RT) them. When you retweet, the whole tweet gets published along with the original tweeter’s Twitter name and the letters RT in the beginning of the tweet. That means if your tweet was 130 characters, your twitter name can’t be more the 8 letters long including the @ sign. The general rule is to make sure you leave space for at least 20 characters.

* Bonus tip: If you do run out of room and there is a part of the original tweet that is not necessary, you can put PRT (partial retweet) in the beginning of a retweet to save some space.

** Bonus tip 2: Use a URL shortener like goo.gl or Tiny URL to shorten links in tweets.

Don’t forget that whatever you RT ends up on your Twitter timeline. If you retweet 20 links in the span of 3 minutes, your followers are going to have a lot of noise on their timeline. Retweet comments or links that you really like or think have value.

Until you have followers and are following enough people, not only is Twitter going to be boring, your comments and links are not getting to a very big audience. A good way to find people who might interest you is to look at who the people you follow are following.

There are celebrities and famous people who only tweet their links and comments and don’t interact. That might work for them but won’t for most people.

Generally speaking, the point of Twitter is to interact and by doing that you are able to grow your potential audience exponentially. People with whom you have interacted are more likely to retweet something you would like tweeted. They are also potential offline contacts as well.

7. Don’t be afraid to interrupt, jump in and give your two cents

Unlike in real (offline) life, on Twitter it is not only NOT rude to jump into a random conversation, it is actually expected. It’s kind of the point of Twitter.

8. Be careful where your @ goes

If you would like other people to be able to see and join your “conversation,” write your comment first and then put the person’s Twitter name in the middle or the end of your tweet. That way, it is open to anyone following you.

You have quite a few options when you tweet. You can just tweet, which basically means you are posting an update that all your followers can see.

If more than one person is mentioned in a tweet you can reply to all.

You can block a user who is a spammer or someone you don’t want.

You can block a user and report spam.

You can send someone who is following you a DM (direct message). (If you are not following them back, they will not be able to reply to you through a direct message.)

These are the basic options. There are more. Take time to learn them.

Once you have more than a handful of followers, there is no sane way to keep up with Twitter unless you have lists. The lists are useful to help you break down people in different groups like friends, people who followed me, family, clients, funny people, fellow niche bloggers and so on.

The best time to start making lists is when you are first starting out. You can create groups and add people to the lists as you follow them. Make sure you realize that lists are public unless you mark them as private.

Another good tool to get the most out of your lists is a platform like TweetDeck, Hootsuite or Seesmic. All those platforms let you see a few columns simultaneously and make it easier to follow the action. All the platforms have pluses and minuses so research them before you decide which is best for you.

11. Be careful of opening links in direct messages

Proficiency in any skill is not built overnight. Twitter requires an investment in time, to learn the ins and outs, find quality people to follow as well as to grow your own followers.

Click link below for more information on sending tweets via text.

Instructional Technologist with a passion to help students and teachers integrate technology into their every day lives...both personal and professional.

Follow Stormy Cullum
Contact Stormy Cullum
Embed code is for website/blog and not email. To embed your newsletter in a Mass Notification System, click HERE to see how or reach out to support@smore.com
close