Get email updates from Danilo:

HOW THE CHEMICALS WERE USED

Phosgene and Disphosgene was used to kill soldiers in the trenches, and caused roughly 85% gas related fatalities in World War I.

Mustard gas is a blistering agent that damages eyes, skin, & respiratory tract. It causes chemical burns on contact with skin, and intermediately reacts with DNA leading to cell death. However, its mortality rate was only 2-3% during World War I.

Tear gas is known as "lachrymatory agents," which irritates mucus membranes in the eyes, mouth, throat, & lungs, leading to crying, coughing, breathing difficulties, and temporary blindness. Its main used was to disable enemies rather than killing them, and estimating 0 casualties from it.

Chlorine responds with water in the lungs, which forms hydrochloric acid. It causes coughing, vomiting, irritation of the eyes, and even rapid death concentrations at 1000 parts per million. Less than 1,100 fatalities it caused on its first used. However, soldiers found an alternative way on limiting its effectiveness.

IMAGE OF THE CHEMICALS 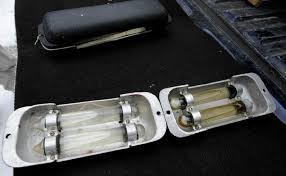