Coming out with a new Play!

William Shakespeare has come out with a new play called the Tempest! It'll be shown in thy Globe Theatre in London, and the Queen herself has said she shall be there. We are excited to see what kind of phenomenon that our brilliant play writer has come out with this time. Hopefully, we hope to see you there next weekend. Now that we've cleared this important piece of information, lets get on to a little detail in his life. 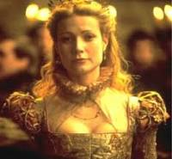 Anne? Like the person in Hollywood? Absolutely not, and shame on you if you thought that even for a second. First of all, she looks like someone from out of Narnia, and second, she was Shakespeare's wife. I think it's just me but she is probably dead now, because if she was still living she would be in Hollywood like other Anne Hathaway. Because you know, she's pretty famous too because she's Shakespeare's wife.

So yeah he had more kids than the three in the picture, but I'm pretty sure they died young so you know. The boy in the middle has a dog, but no one even knows if they had a dog so I can't tell you if that is completely accurate because I wasn't even alive to see anything before 2001.

What He Did With His Life

Okay so at least he actually accomplished something in his life unlike almost more than the half of the human population that ever existed. Unlike them, he actually went places and wrote actual literature...I know right? People used to actually be able to speak the English language properly; oh what I would give to live in a world of people who weren't goldfish with a memory span of five seconds, but you can only ask for so much. Anyway, he wrote plays, but I don't even know why I'm bothering telling you this because if you know anything about history you would know that he writes plays. In summary, William Shakespeare was pretty boss. 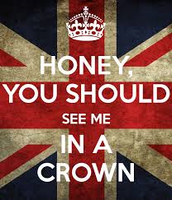 My name is Maddie