Ouafae is using Smore newsletters to spread the word online.

Get email updates from Ouafae:

UOI 2: WHERE WE ARE IN PLACE AND TIME

Transdisciplinary Theme: An inquiry into orientation in place and time; personal histories; homes and journeys; the discoveries, explorations, and migrations of humankind; the relationships between and the inter-connectedness of individuals and civilizations, from local and global perspectives.

Central Idea: Weather and nature change depending on the season and location.

3. How weather changes from one location to another 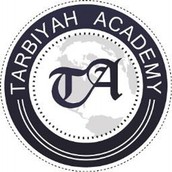 Ouafae is using Smore newsletters to spread the word online.

Follow Ouafae Taame
Contact Ouafae Taame
Embed code is for website/blog and not email. To embed your newsletter in a Mass Notification System, click HERE to see how or reach out to support@smore.com
close