trent is using Smore newsletters to spread the word online.

Get email updates from trent:

Who Was Johnny Appleseed

Who Was Johnny Appleseed 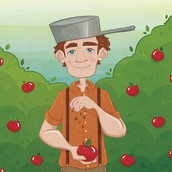 1774 Johnny was born he was the second child he had a sister. when he was two the had a new brother he died. they we surprised. when he was 7 years old his parent got divorced Johnny had a new stepmother he got 10 more brother and sister.he walked outside and stayed outside and he read books outside he made his house more relaxed and he was quite. there was a school in Longmeadow he went to all he learned to do was to wright and read he was riley smart. 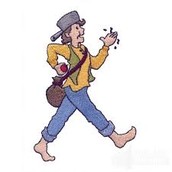 he never got married or had children finally he feel in love with Dorothy doland there family kept them apart.

he was known for this apples.

he volunteered to ride 30 miles to mountvernomand he was warning people about being attacked. he was brave. on the way when he went to mountvernomand he helped people billed cabins and chop down trees. he was a good apple that means a good person. he was helpful. he did not like to fright so he challenged settles to tree chopping contest. that was a good way to clear land.

trent is using Smore newsletters to spread the word online.