News from the Office

Students will not be required to attend in person for FLEX days, unless arrangements have been made with the students teacher.

Students are responsible for completing the FLEX Work on Monday and Tuesday.

Real Salt Lake Academy High School has an open campus lunch policy. Students are not required to stay on campus during lunch. However, we have seen an increase of students returning late from lunch. If students are late returning to classes they will receive a tardy and the consequences associated with it. Students are free to bring their own lunch to school. Food will not be allowed to be brought in from outside sources unless the student brings it themselves during lunch. Food deliveries will not be accepted at the school office.

Please contact the office and someone from the administration team will help address your questions or concerns. 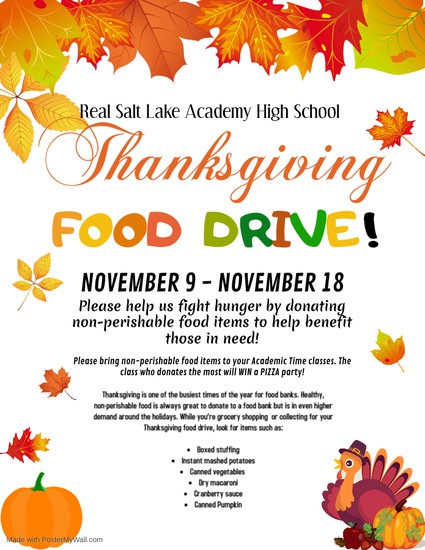 We are excited to have our fall sports banquet coming up November 17 here at the RSL Academy High School.

The banquet will be honoring girls soccer, girls and boys volleyball and the cross country team. All participants from these sports are invited to attend with their parents or guardians. Due to space limitations we discourage you from bringing younger siblings. The cost is $18 per person, athletes are free.

The banquet will be from 6:00-7:30pm and we suggest business casual as the preferred attire.

Dinner will be served; however, if you have any health concerns with this, we will do our best to accommodate your request to be socially distanced. 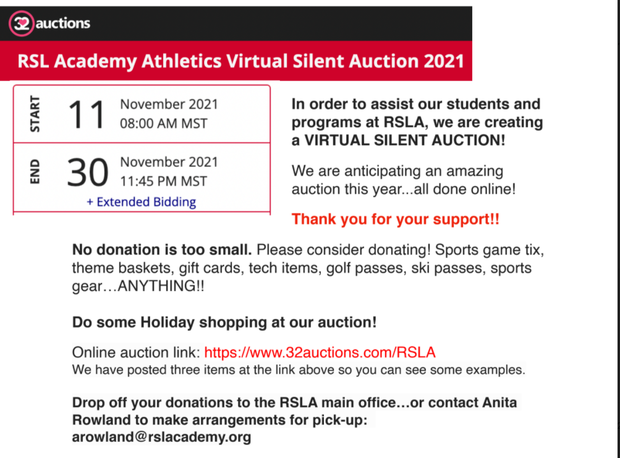 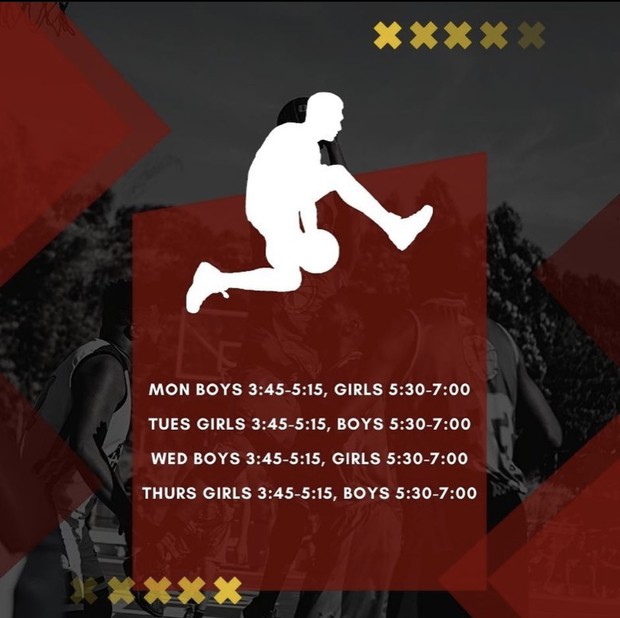 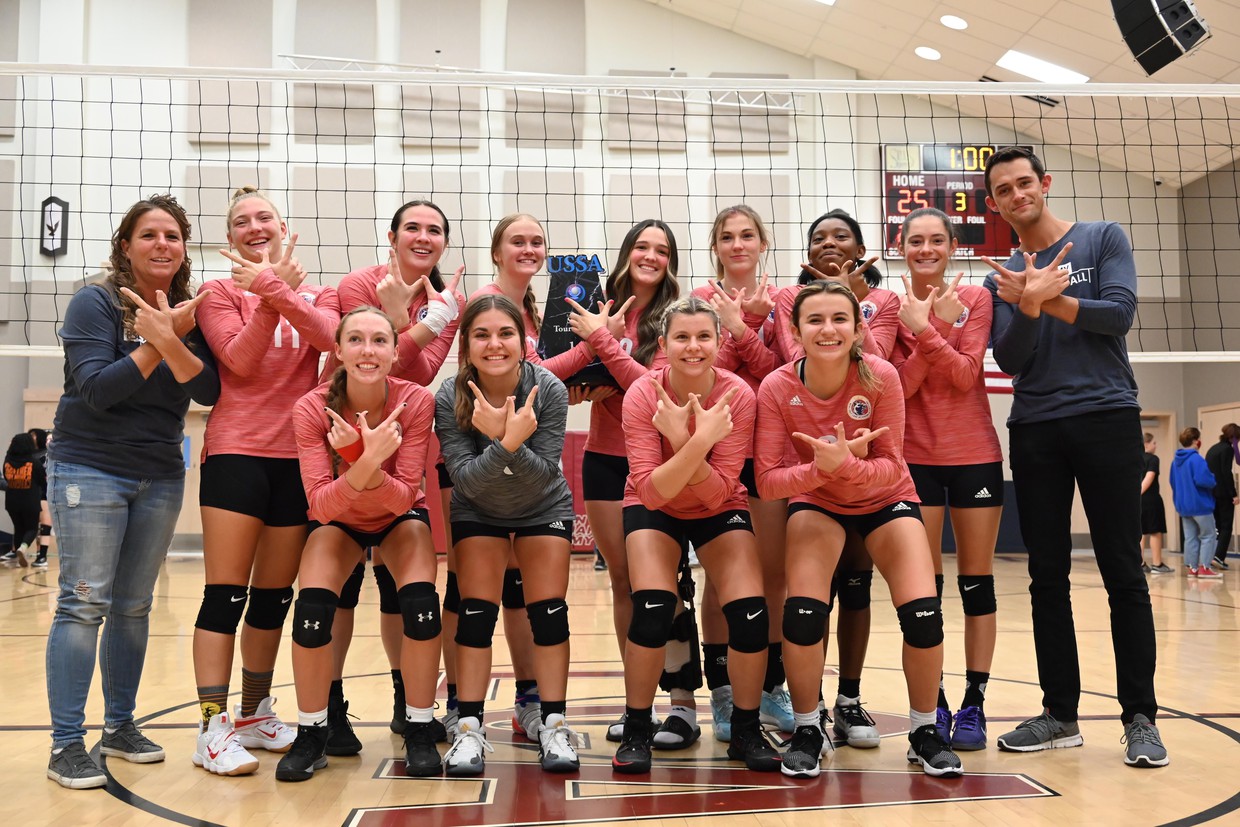 The girls volleyball team capped off a 19-0 undefeated season with a 3-0 championship win vs Davinci Academy! The offense delivered a balanced attack all season and was led in kills by sophomore, Izzy Smith (59), senior captain, Syd Peck (58), and sophomore, Kylie Ervin (57). Senior libero, Paige Dalton, led the way defensively and totaled 90 digs on the year. Junior, Nat Scott, served consistently all year with a .812 serving% and also contributed 86 assists as the backup setter for the team. Senior captain and setter, Riley Massey, controlled the pace of the game with 204 assists and finished the season with 118 aces to lead the team. 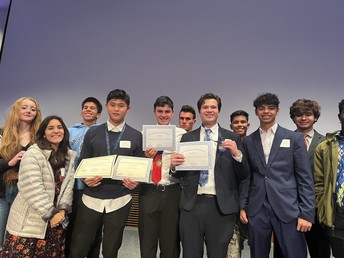 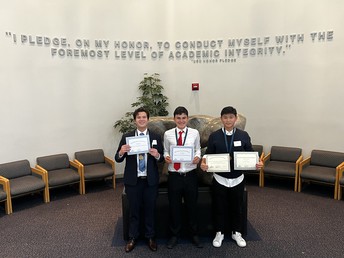 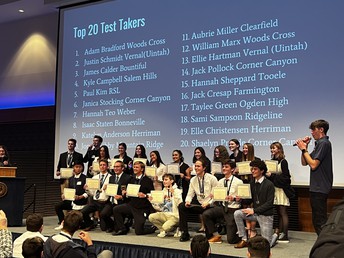 Congratulations to all the students who participated in the DECA event on October 25! 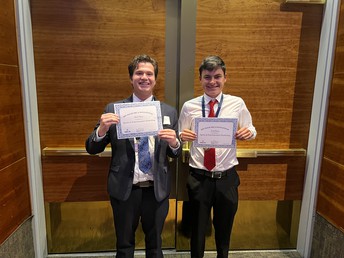 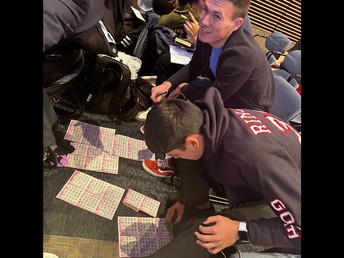 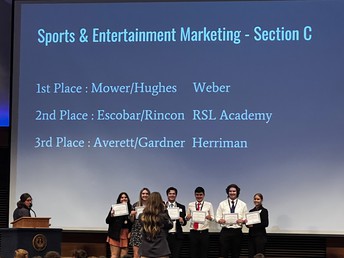 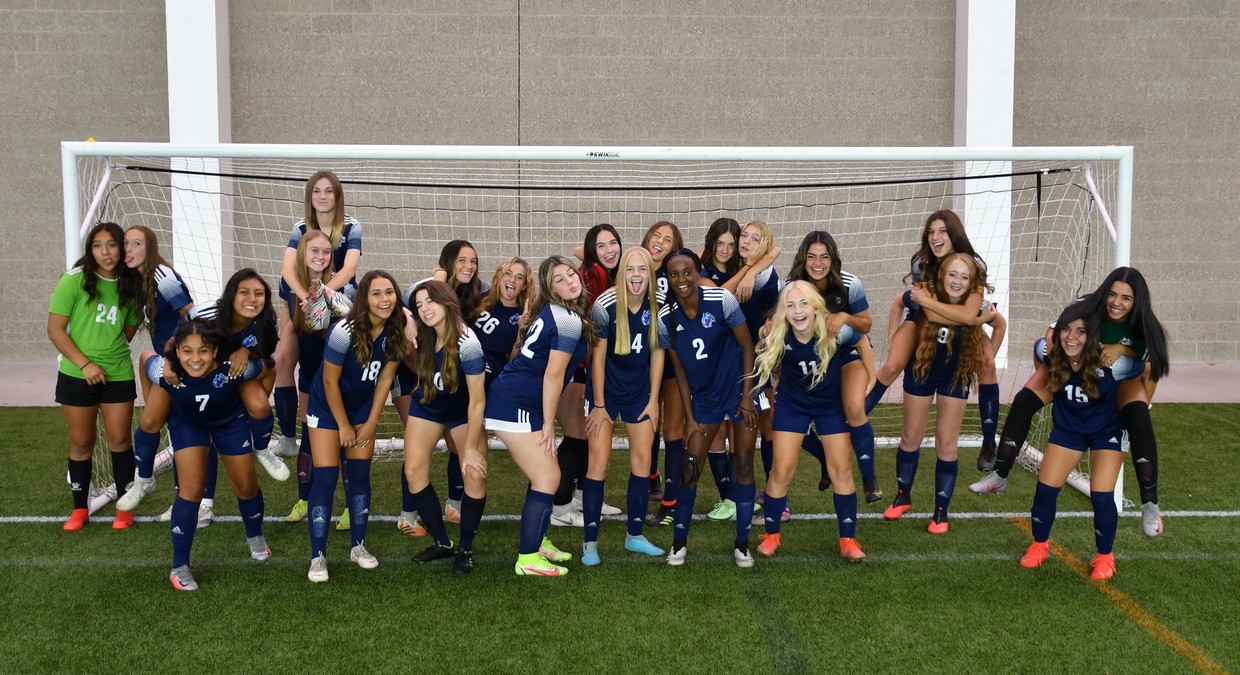 This season didn't end in a championship ring, but it was a season to be extremely proud of. Making the jump to the 3A classification was a big step up for the team and the athletic department in general. It meant stiffer region competition and a definitely more difficult road to Rio Tinto. The team showed tremendous growth all season, and despite losing two starters to season-ending injuries, the team was poised to make a run. All that stood in the way was the defending state championship team, Morgan High. The semi-final game was a bitter pill to swallow, but the season had so many highlights that this sqaud walks in to the off season proud and confident for the future.

We must give notice to the seniors of our varsity team: Cora Anderson, Syd Peck, Paige Dalton, Leah Heugly, Alondra Perez, Rosie Nelson, Alexzia Garcia, and Riley Massey. This formidable group leaves big shoes to fill and has shown unparalleled commitment to RSLA and the soccer team. Their leadership and example is something to build off of for years to come.

We hope that the 8th graders who will enter our program next year as freshman get an opportunity to meet this crew before they head off in their various directions to continue playing soccer at the collegiate level. 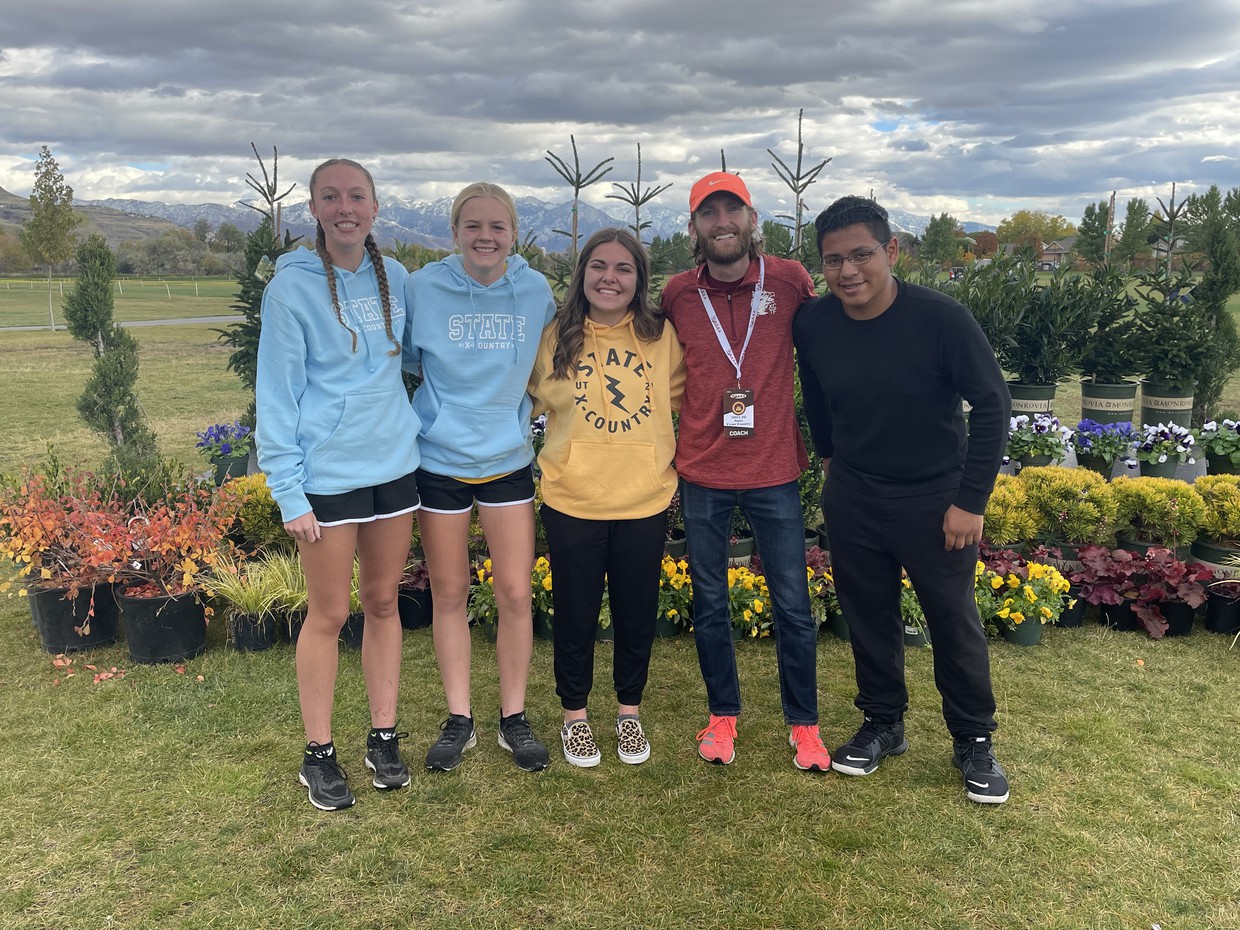 The main cross country season has come to a close with excellent performances throughout the entire season. October was championship season. Our teams competed in the Region Championship Meet on the same course as our first race of the season. Significant improvement was shown across the board. Our girls team had an excellent showing in the varsity race. Paige Dalton (sr) placing 20th, Syd Peck (sr) placing 7th, and Emerson Winn (jr) placing 3rd overall. Emerson Winn has consistently shown her competitive drive the entire season, placing in a majority of the races and setting a new school record in the 3-mile. Placing in the Top-10, Emerson and Syd moved onto the State Championship Meet at the end of the month. A beautiful day and flat course gave everyone who raced a great day. Emerson and Syd both ran a strong, competitive race by placing 29th and 42nd overall, respectively.

With our season coming to a close, the upperclassmen have been invited to compete in the Footlocker Eastbay West Region Meet hosted in Walnut, California in December. Because of such, we will be continuing our training and wish the best of luck to our 4 upperclassmen come December. 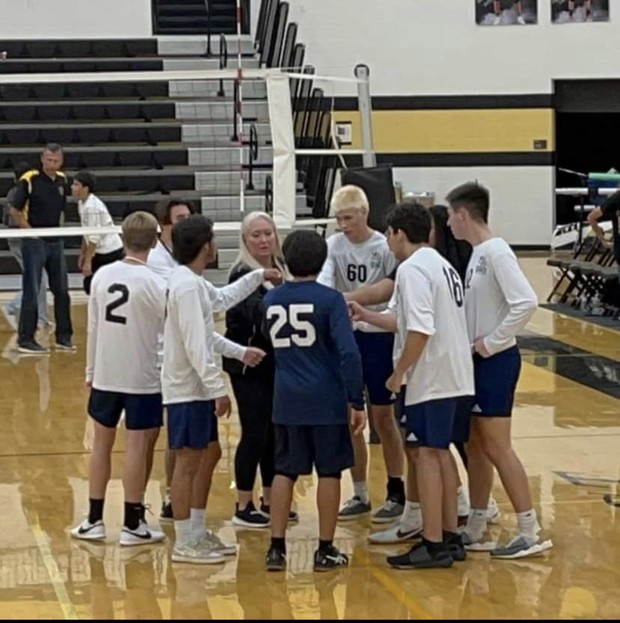 The boys JV volleyball team ended strong with some solid wins against varsity teams from other schools. We didn't keep stats for JV this year but some team leaders were Crew Jones & Nelson Navarro (who also played on varsity in many games), Ozzy Bustamante, Kale Cowen, & Danny Alvarez-Rivadeneira.

Special thanks to Sam Beck and Dallin Sylva for filling in when the teams needed them.

Both teams were successful this year and show that the RSL boys volleyball continues to have a bright future. 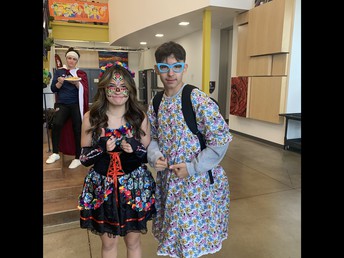 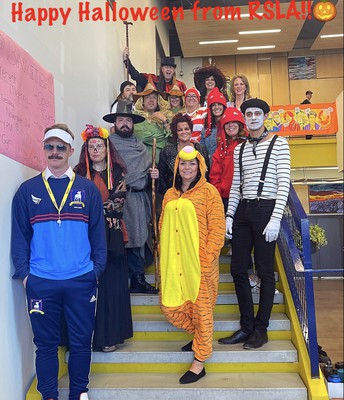 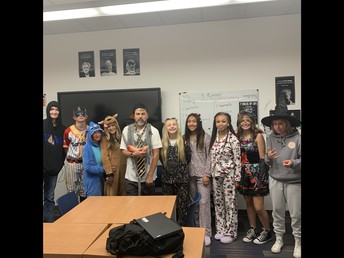 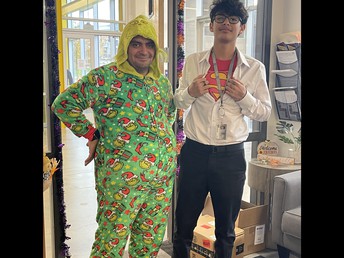 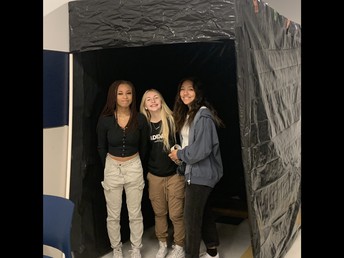 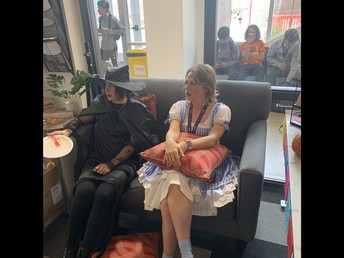 Follow Jose Rincon
Contact Jose Rincon
Embed code is for website/blog and not email. To embed your newsletter in a Mass Notification System, click HERE to see how or reach out to support@smore.com
close