An Adventure in Costa Rica for Student-Athletes

My Summer with Beyond Study Abroad

An Adventure in Costa Rica for Student-Athletes

Beyond Study Abroad - CONNECTING THE WORLD THROUGH SPORTS

Last summer, I spent 6-weeks in Costa Rica with Beyond Study Abroad. I want to spread the word about this opportunity so please share with people who might be interested! 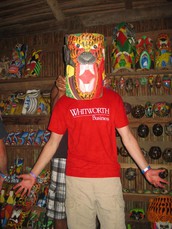 I took an intro level Spanish class at Universidad Veritas. The class sizes are very small and the professors are great. The cultural and immersion greatly benefits the overall classroom experience. After class, a student will step out into the street where the language is being spoken. This helps you practice your Spanish constantly by not only speaking but simply listening as well.

In order to get the credits approved, the registration office is the first place you need to go. Explain the program to the department and your intentions of participating and taking a class. Then discuss the transfer of credits. At this point at Whitworth, University of Costa Rica presents a better option of getting credits transferred than Veritas. The registration office might require a signature from an adviser.

You have a chance to travel all over Costa Rica and to do some really cool adventure excursions like zip lining through the rain forest and taking a boat ride around Lake Arenal.

My favorite memory has to be at Manuel Antonio, I swam in the waves around a gigantic rock to the shore from another point on the mainland. The experience was a blast. 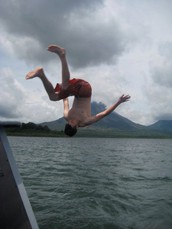 It was the last day of sport camps in the neighborhoods of San Jose. We had lined the kids up for a basketball drill. Young eager hands grabbed for basketballs and laughter reverberated off the walls. I noticed a young boy about eleven years old strangely silent among the group of children. “Hola mi nombre es Christian” I said in my broken Spanish walking up to him. He was not native Costa Rican but Nicaraguan. His oversized sandals flopped noisily on the hard floor as he grabbed for a basketball and took aim. Sadly he missed the basket completely. Ducking his head to avoid the eyes of the other children, he shuffled to the back of the line. Unsure what next to do, I simply grabbed a basketball and asked him if he wanted to play on the other deserted side of the court. His small face lit up with a huge grin as we played one on one with the ball and took shots at the basket. Time passed and soon a whistle ended the sport camp. “Porque mi?” he asked as I stuffed the basketball into a bag. He felt lucky to be chosen for the 1 on 1 game. I assured him that another camp will happen soon. Satisfied that this was the case, he skipped off into the dirt road adjacent to the building and disappeared behind a patch of buildings. As I boarded the plane for home a couple of days later, the thought that future students would play basketball with him comforted me. Alone and separated from his homeland, the small boy had found peace for an afternoon with foreigners who simply accepted his importance as a young child in need of help. Strangely but in a cool way all that was needed to accomplish this was a basketball. 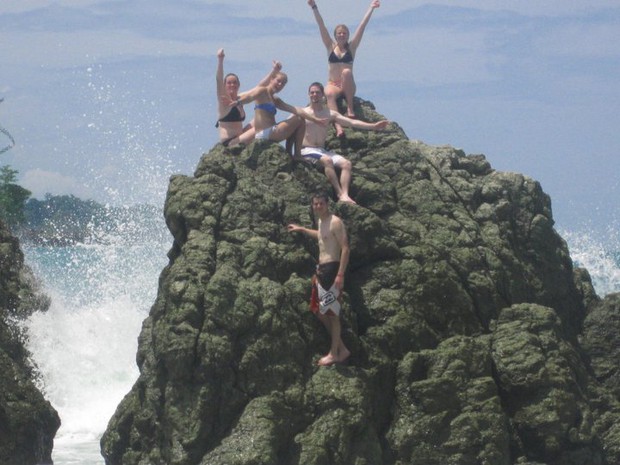 Beyond provides an excellent training experience for athletes from all sports. University of Costa Rica's track facilities provide everything you need. As a runner, I was lucky to get up early for morning runs and explore the beaches or rain forests in the surrounding areas.

Beyond Study Abroad - CONNECTING THE WORLD THROUGH SPORTS

www.facebook.com
Facebook is a social utility that connects people with friends and others who work, study and live around them. People use Facebook to keep up with friends, upload an unlimited number of photos, post links and videos, and learn more about the people they meet.