Followers of Christianity are called Christians and they follow The Holy Bible which is the written Word of God. The Christian bible contains 39 books in the Old Testament and 27 in the New Testament. The Old Testament was written before Jesus and the New Testament is about the life and teachings of Jesus Christ, the son of the living God. Prayer is one of the key beliefs to Christians so is the Trinity, the Father [God] and the son of God [Jesus Christ] and the Holy Spirit. Their sects are Orthodox, Catholic, and Protestant.

The place that Christians worship is church. The worship leaders are called ministers, priests ,fathers, and preachers. The way you become a Christian is by accepting Jesus Christ as your Savoir and through the tradition of being baptized. A ritual Christians have is acting out the last supper by taking Holy Communion the bread represents the body of Christ and the wine it represents the blood of Jesus. Christians traditionally worship every Sunday at church. Religious holidays celebrated are Christmas because that was the day Jesus was born and Easter celebrates the resurrection of the Lord, Jesus. The common Holy site you will see is Jerusalem and Bethlehem birth place of Jesus. Just like Islam and Judaism in Christianity, Abraham is a key figure in their religious texts. Another thing common to Christianity, Islam and Judaism is that there is just one God and that their God is the God of Abraham.

Where Christians go to worship 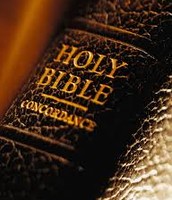 The Holy Bible that Christians read contains 39 books in the Old Testament and 27 in the New Testament.

Pope Francis, the Bishop of Rome and the leader of the worldwide Catholic Church.

Reading and studying the bible.

Jerusalem is considered holy to the three major Abrahamic religions—Judaism, Christianity and Islam

Silent Night - The Center For Church Music, Songs and Hymns

www.songsandhymns.org
It was Christmas Eve, 1914, during the early months of World War I. When the Germans had left their country earlier in the year, they expected to be h