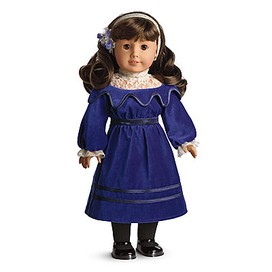 G is using Smore newsletters to spread the word online.

Get email updates from G:

How did President Roosevelt deal with the Great Depression?

Franklin Roosevelt attacked the depression in many fronts. He made many programs were some did not work out and some did work out. He started talking to the people in America over the radio. During what was called " Hundred Days" the "New Deal" began to shape up.

What physical disability did President Roosevelt face and how did he overcome it?

Franklin Roosevelt had paralysis of his legs. In 1924 he heard of mineral waters at Warm Springs, Georgia. He spent a lot of winters there and because of this he grew stronger. Roosevelt established the Warm Springs Foundation. It was for the less wealthy people, that like him had polio, might get treatments like he did.

Roosevelt did not let this slow him down. Roosevelt went to a convention in Houston, Texas to nominate "Al" Smith for President. Eventually he went up for Governor and was elected. He did not let his polio stop him in his Governor position. He was some four years later considered a candidate for president.

What was President Roosevelt's Executive Order 9066? Why did he issue it? What was its result?

President Roosevelt's Executive order was the moving of Japanese people. He gave the military board powers to ban citizens from a fifty-to-sixty-mile- wide coastal area. This was stretching from Washington State to California and into southern Arizona. These citizens were moved to assembly centers and governed by military. These assembly centers were in Washington State, Arizona, Oregon, and California. All of this could happen also to Italian or German descent.

The executive Order 9066 got published because representatives in the Western states pressed President Roosevelt and the Congress to remove Japanese Americans. After the Department of Justice object this executive order, President Roosevelt issued the Executive Order 9066. It resulted very good for the people okay with the executive order. 120,000 Japanese Americans were transported to interment camps and were held for up to four years without either process of law or any factual evidence against them.

How was President Roosevelt's wife involved in his administration?

When Mr. Roosevelt was elected for president, Mrs. Roosevelt traveled. She traveled widely in the U.S. to report to her husband the reaction the public gave ti his policies. In the middle of World War 2, she visited countries to improve relations with the Allies. Mrs. Roosevelt also did this to raise the moral of American servicemen.

A personal statement of what I learned that particularly interested me or surprised me about FDR.

One thing I learned that was interesting to me was that pictures of President Roosevelt were only taken from the waist and up. I thought it was interesting that none of the pictures of him showing him in his wheelchair or his legs. Something that surprised me was that Roosevelt was governor for four years before being President. I just never guessed that about him. But over all, I think his whole story is really interesting.

This is one of Franklin Roosevelt's biography photographs.

This is a picture of President Franklin Roosevelt's wife Eleanor Roosevelt

G is using Smore newsletters to spread the word online.