Get email updates from Natalie D.:

Everything You Need For Your Yukon Adventure

Everything You Need For Your Yukon Adventure 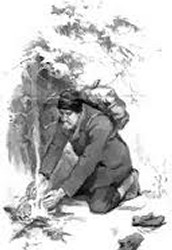 Going hiking or camping in the Winter offer different challenges than summer camping. You must be prepared for more severe weather and shorter daylight hours by having extra gear and additional skills.

Don't go alone. Share the trip with a few friends who have expertise in different winter skills (snow shelters, route finding, snow travel, etc.). Study maps and research the area. How long will it take to get there and set up camp? If something goes wrong, what emergency services (i.e., medical, search & rescue) are closest? Talk to people who have been there and can give you pointers. 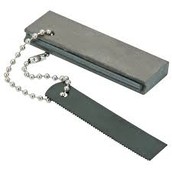 1. The magnesium which we scrape for tinder.

2. A small flint rod glued to the side of the block. (Ferrocerium rod)

* The rod will create a hot spark when scraped against a sharp edge. 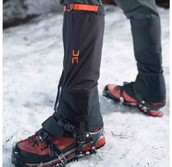 A must for deep snow, they help keep snow and water out of your boots. They even add a bit of warmth. Be sure to use a waterproof/breathable model designed for winter use. 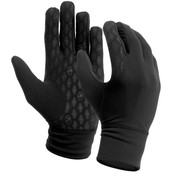 .To keep those digits warm, pack polyester glove liners and gloves, then gauntlets to layer over them. Stock up on chemical heating pads for when you need a little heat boost.

"Then he devised a way. He picked it up in his teeth and scratched it on his leg. Twenty times he scratched before he succeeded in lighting it. As it flamed he held it with his teeth to the birch-bark. But the burning brimstone went up his nostrils and into his lungs, causing him to cough spasmodically. The match fell into the snow and went out."

"He started to untie his moccasins. They were coated with ice; the thick German socks were like sheaths of iron halfway to the knees; and the moccasin strings were like rods of steel all twisted and knotted as by some conflagration. For a moment he tugged with his numb fingers, then, realizing the folly of it, he drew his sheath-knife."

"The exposed fingers were quickly going numb again. Next he brought out his bunch of sulfur matches. But the tremendous cold had already driven the life out of his fingers."