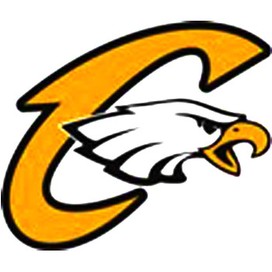 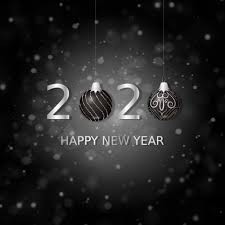 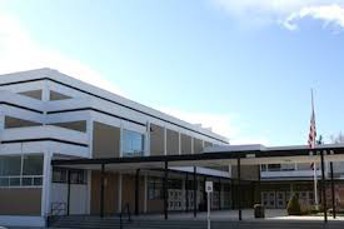 Open House for the Capital High School Sophomore Class of 2023

This is an excellent opportunity for students and parents to see what Capital High School has to offer. We hope you will take advantage of this special evening.

Students who are currently enrolled at Capital High can start selecting classes in Infinite Campus for the 2020-2021 school year on January 27th. Counselors will be meeting with Sophomore and Junior classes to help students select classes. A full schedule must be selected by February 14th, 2020. For more information including course lists, graduation requirements, planning forms and teacher created course flyers and videos, please go to www.capitalhighcounselors@weebly.com.
Capital Pre-AP Announcement 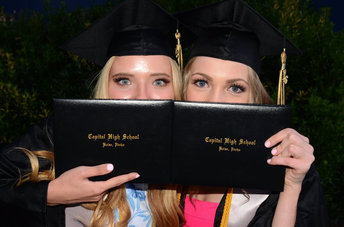 Graduation will be held on May 18th, 7:00 pm at ExtraMile Arena

WHEW! Fall semester is over and it is downhill from here!! Seniors are starting to see the light at the end of the tunnel and may even be showing some of that "senioritis"as they realize life is about to change in a major way for them! Grab these last days and save them with a senior ad in the Talon yearbook! LAST CHANCE! January 15th is final deadline to submit a senior ad! It's now or never!

For more information and for answers to frequently asked questions, please visit www.TheYearbookCompany.com or call 951-274-9561

"This is a special reminder for parents of Capital High School seniors. The final deadline for submitting your child's senior yearbook dedication ad is coming up very soon- on Wednesday, January 15th. Don't miss out on this once-in-a lifetime opportunity. For more information, please visit www.TheYearbookCompany.com."

Need to reserve a yearbook? Go to the CHS webstore: 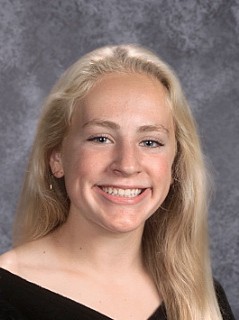 Elena Johnson, currently a senior at Capital High School, is committed and loyal. When you first meet her, you immediately notice her personable confidence. She is gracious, talented and very accomplished. Her leadership qualities draw her towards opportunities on our school campus and in our community as she hopes to make a difference for the better.

Elena is highly involved in athletics, including track and field, volleyball and three years of varsity soccer. Elena has been a member of Capital High’s Key Club for 3 years. With this club she has participated in Rake Up Boise, Trick or Treating for Unicef and Candy Grams for Capital High. She has also volunteered her time tutoring other students. Elena has been volunteering with Book It Forward Idaho since the 8th grade. During her junior year, she organized a book drive and collected over 600 books! Through Book It Forward she also volunteers at Boise Library during the summers. She participates in Sudsy Story Time as well. This involves her going to laundry mats on Sundays and reading to kids who are there. Elena is also a member and current vice president of Capital’s Chapter of the National Honor Society. On top of all of this, Elena is a stellar student taking many challenging classes. She is ranked within the top 10 academically achieving students at Capital High!

All of these attributes combined make Elena Johnson the perfect recipient of the Downtown Rotary Club of Boise’s Student of the Month. 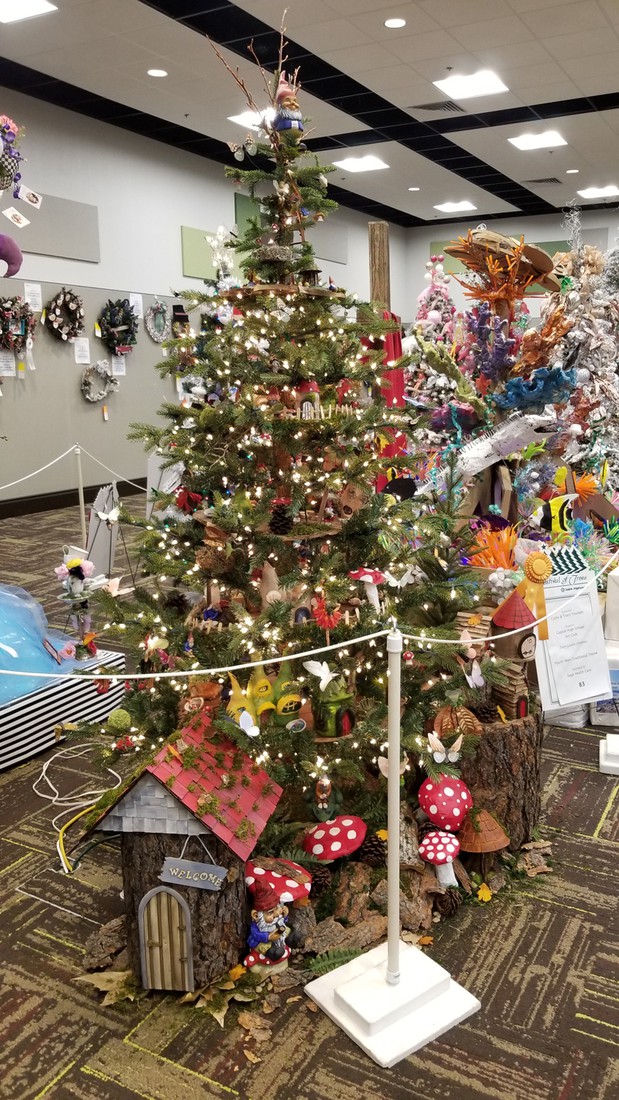 Capital High School choirs, directed by Willamette graduate, Joie Cariaga and Boise High School choirs, directed by David Burton will also perform in the concert. The concert will open with a vocal jazz performance by the vocal jazz choir from Capital, followed the Willamette Singers vocal jazz ensemble, followed by the Capital Varsity Choir, Boise Chamber Choir and will close with the Willamette Chamber Choir. The concert is free and open to the public, although a goodwill donation is encouraged.

The chamber choir performance will include “Ave Maris Stella” by Mark Thomas, “Sanctus” by Frank Martin, “Cloudburst” by Eric Whitacre and “Baba Yetu” by Christopher Tin. The Willamette Singers, vocal jazz ensemble, will perform selections including “What a Fool Believes” by Michael McDonald and Kenny Loggins, “Almost Like Being in Love” by Lerner and Lowe, “Harold’s House of Jazz” by Richie Cole and David Lahm, and, “Well Loved” by Becca Stevens.

The Willamette Chamber Choir is a 45-voice ensemble that performs throughout the Northwest. Their latest CD, “Stars,” is a compilation of the choir’s best recordings from 2010-2015, and it was released in the fall of 2015. The Willamette Chamber Choir performed at the Northwest Regional Convention of the American Choral Directors Association in Portland in March of 2018 and is performing for the Oregon Music Educators Association Conference in Eugene, 2020.

The Willamette Singers is a 17-member vocal jazz ensemble. The Singers’ 23rd CD, “Black Magic” was released in the fall of 2019. The Willamette Singers performed at the National Convention of the ACDA in Dallas, Texas in March of 2013 and at the Northwest Regional Convention of ACDA in Seattle in March of 2014, and is performing for the Oregon Music Educators Association Conference in Eugene, 2020. DownBeat Magazine selected the Singers as the Best Large Collegiate Vocal Jazz Ensemble in the nation for three of the last six years. 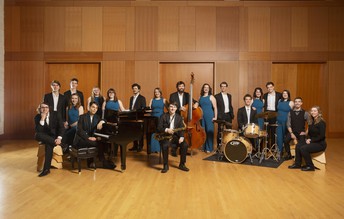 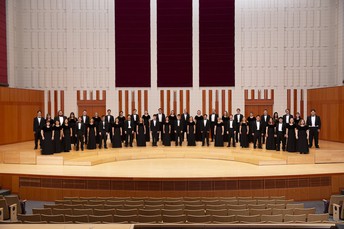 What: A competition of trivia, lip syncing, and a fashion show between 18 senior boys. Choir, band, and orchestra will also be performing to give us some "actual" talent! 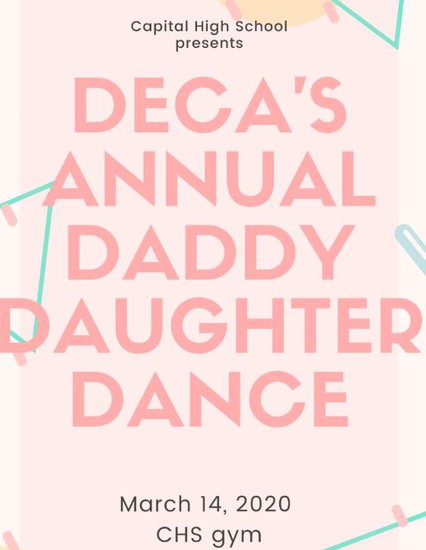 DECA's 7th Annual Daddy Daughter Dance will be held March 14, 2020. We will be in the MAIN gym again this year...with more room to dance! We will have refreshments, flowers and photo booths on the upper level! We will also have plenty of photo opportunities available with increased lighting!! 7-9 pm at Capital High School.
Doors will open at 6:30. 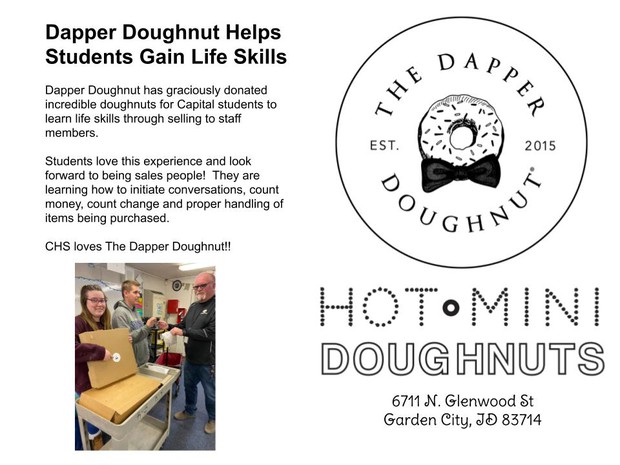 All incoming student athletes (10th, 11th & 12th grade) for the 2020-2021 school year please make sure to register for Accelerated PE or Athletic Fitness.

Our kick off meeting for Spring Boys LAX is January 28th at 7pm at Borah High School. We are combining with Borah for the season. Any interested players and parents should attend. Questions? Contact us at capitalboyslacrosse@gmail.com
Blank physical form

It is required that all students complete a History and Physical examination prior to his/her first 9th and 11th grade practice in the interscholastic (9-12) athletic program in the State of Idaho.

Before participating in any practice or game, student-athletes must complete the required documents required by the Boise School District and the Idaho High School Activities Association. 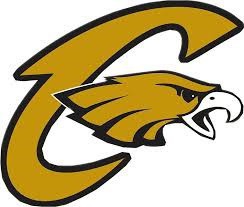