Umaid is using Smore newsletters to spread the word online.

Get email updates from Umaid:

Media Literacy consists the ability to Access, Analyze, Evaluate, and Communicate information in different variety of forms. People are able to communicate with people all across the world, from multiple messages to photos and videos. Media Literacy is the 21st century path to education. With almost every teen and adults having smartphones and internet access, you gain a lot a knowledge with what the media provides around the world. Seeing videos, news reports, and massacres all on media that take place in different states and countries that you wouldn’t even know about if it wasn’t for media.

With teens confused minds and having unknown questions, media has understandable answers for them. Media Literacy now takes part in schools and companies, Media provides so much information it comes useful in mostly all classwork’s and projects. Adults being able to print, fax, and email information for their business. All media products are advertising in some sense proclaiming values and ways of life. Media has helped business constantly, from spreading the word to getting the business bigger and bigger.

Studies of media literacy programs have been shown to be effective in increasing children’s critical skills of advertising. One study directly relating media literacy and alcohol advertising found a change in children’s intention to drink alcohol, after seeing all the harmful diseases it can cause to the body from a media program. There’s just too many questions out there that students are afraid to ask that they need to know the answers to be safe. Media has helped the 21st century in such a big way making life much easier.

It is in human nature that the more power an individual desire, the more corrupt actions will be done to obtain it because “power tends to corrupt and absolute power corrupts absolutely”. Macbeth, a brilliant play written by William Shakespeare, conveys many messages that prove this claim to be true. Shakespeare asserts that power corrupts by using a Scottish nobleman called Macbeth as a character. Macbeth’s flaws such as uncontrollable ambition and easily being led into sin causes him to corrupt under the thought of having power over others after receiving a prophecy. Macbeths uncontrollable ambition cause him to ponder on the idea of killing Duncan. This can be seen during Act One Scene three, when Macbeth meets three witches that tell him of a prophecy saying he will become king. Intrigued and wanting to hear more, Macbeth says “would they have stayed”. This marked the very beginning of Macbeth’s path to corruption due to his flaws. His lustful and uncontrollable ambitions begin to cloud and overcome his moral judgment and soon become corrupt under the thought of becoming king and having absolute power over his people.

The greatest example of a dystopian society would be Gotham City from the movie Batman the Dark Knight. Batman for many years is trying is hardest to cure is city from the horrible criminals that roam the streets, but the fighting and killing eventually leads to his demise. The people in Gotham City never live in happiness, or a normal society because they’re constantly dealing with people like the Joker, Bane, and Penguin. In the movie Batman is confronted by a lawyer that says he is no better than the criminals on the streets because he doesn’t use the justice system and likes to take matters into his own hands. Towards the end of the movie it can be seen that Batman’s fighting over the years turns him into the real criminal causing him to put away his cape and costume and fleeing Gotham city.

The brilliant author James Mcteigue, move script “V’s Speech (2005) advises that there’s “Something terribly wrong with this country” . Mcteigue supports his statement saying, “Cruelty and injustice, intolerance and oppression. Where once you had freedom to object, to think and speak as you saw fit, you know now have censors and systems of surveillance coercing your conformity”. In order to get his people back and stand beside him , he must seek vengeance . Hold whoever is to blame to be held accountable. Marking a day a that is no longer remembered, “never, ever be forgot”. Starting off with a friendly tone by asking to “ take some time out of your daily lives to sit down and have a little chat” . As Mcteigue doesn't want the people to be afraid of the Government, the Government should be afraid of the people. “So if you've seen nothing , if the crimes of this government remain unknown to you then i would suggest you allow the fifth of November to pass unmarked”. 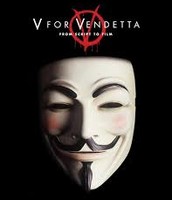 Pro NFL player Tim Tebow stars in a T-Mobile commercial “ #NoContract” (2014) creates series of scenes where he does things only possible without a contract such as capturing Big Foot and addressing the United Nations.” No contract, No Worries”. As he shows the things he’s able to do without any restrictions or anything holding him back . Encouraging viewers to switch to T-Mobile in order to be bought out of your original contract. Tebow starts off addressing the audience by saying “ Without a contract, Ive done so much this year” as he ends it advising that “Contracts are limited” and to switch to T-Mobile in a bold tone.

Technology, you’ve probably heard of it. Perhaps you spent every single day sitting in front of a bright laptop screen. Clicking away as countless amounts of time passes through your finger tips. Every phone, every laptop, every car, and game console is technology.The new iPad , iPhone, iMac, or an iWatch, “All these “I’s but no Us”. Technology is advancing at a faster pace than ever, and we are continually looking for more ways to do things faster and easier to make our lives simpler. The advancement of technology has really taken a huge toll on our society and brains. As technology has advanced throughout the years, us as individuals have become addicted to using it. We as a society have become very addicted to using social media websites such as Facebook, Twitter and Instagram as a means of communicating with friends and relatives over the internet. As time passes by and our addiction to social media can have a great toll on our minds and lives in reality. If this continues the future for us as a whole doesn’t look too well.

I believe that getting rid of the addiction to social media is possible, but not an easy task and requires lots of effort and willingness. The key to this addiction is getting rid of the dependency of technology in our lives as a whole. I believe that turning off the computer, laptop, or whatever it is for at least one hour and doing something productive with your time helps. You could go swim or go do any activity that doesn’t involve you using technology. Enhancing your communication skills is something that we could all make use of. How about taking the time out to talk to our parents about their day, or seeing if a younger sibling could use some help on their homework? Strengthening your relationships with people is something that technology isn’t necessarily assisting us in. Social media in itself takes away from face to face interactions. We don’t meet up for lunch or coffee anymore, we just decide to have a short Facebook chat or exchange a few tweets and that is our way of reconnecting with our friends. Limiting ourselves to inanimate objects is going to eventually limit society as whole. If we recognize the issue early enough, then we may still have a bit of hope left.

Social media sites can be very useful resources if they are used with the right intentions, but that’s the catch. Using the social networking websites for the correct purpose is the hardest thing to do. I believe that as long as I use social media websites and technology as a means of communicating with others till a limit I will be able to harness the power and great responsibility that it comes with. Using social media websites to gain knowledge can be a great. Easy access to all the answers to homework, holding your self back from plagiarizing every essay. Its always there thats why everyones mind are always stuck on the screen.

Over this one semester period, I have learned writing in a whole new way. Even though Im still lacking in my citations and planning. I learned a lot on the reasoning for social media and live news. Social media is probably the best thing thats happened in our generation to this world, but the worst thing to happen in this generation during family time. Its made life many times more easier, to call, text, video chat, email all just from the one and only media. This LA class was one of the most interesting core classes I ever took. Was nothing like any of my other LA classes, this thought me more about whats happening in the real world then in History class. Didn’t know watching 10 minutes of news everyday could increase so much knowledge, allows me know so much then everyone else when it comes to the real world arguments. I regret not doing my work on time and doing it when you gave us all the time we really needed instead of going home and doing it. Advice for people next year, take advantage of every “hour” given by your LA teacher. They say the word “Hour” for a reason. Thank you Ms.Hicks for the inspirational teaching I'm sorry I didnt make it look good on the progress report. I still really learned a lot more from you then in any other LA class. 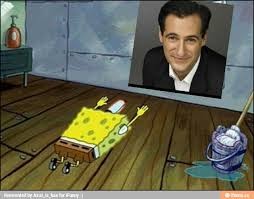 Umaid is using Smore newsletters to spread the word online.