We have a new attendance email. You can still call 360-563-4751 to report an absence OR use the new email: tf-attendance@sno.wednet.edu 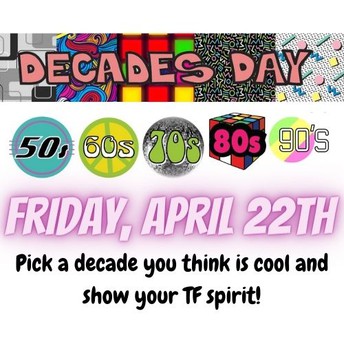 22: Spirit day, Decades day, dress up in your favorite decade

Last night we had our first PTO general meeting in person since 2019! I want to thank the board for all the work they have done this year to keep things going during a challenging year. There were many teachers and parents in attendance who heard more about the many ways parents can be involved through PTO. At this point, there are a few board positions opening up for the 2022-23 school year. There are many ways you may wish to support the school and the PTO has many options for those who would like to be involved. After kindergarten orientation this past month, a couple of future Raven families are already helping out with tasks that fit their availability.

If you are interested in becoming more involved with the Totem Falls PTO, please feel free to reach out to me and I’m happy to connect you with someone.

It's time to dress up & celebrate our Spring All School Read Aloud with ONE MORE SPIRIT FRIDAY! Our last SPIRIT FRIDAY is Decades Day, next Friday, April 22. Check out the attached flyer for more details. 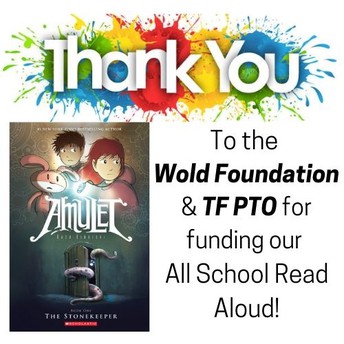 I wanted to say THANK YOU to the WOLD FOUNDATION & PTO for funding and supporting our SPRING All School Read Aloud. I am thankful to them for helping our Totem Falls community connect through the love of reading aloud to our children. I am also thankful that the students were able to zoom with author, Kazu Kibuishi. I hope our students are inspired to write, illustrate and/or read more of Kazu's books after today's author's zoom. Kazu Kibuishi revealed in his zoom that Amulet Book 9 is coming soon and maybe a movie too!

Are you loving reading Amulet: The Stonekeeper as much as your child? Check out these fun Amulet online resources with your child to learn more about other Amulet books and more about author Kazu Kibuishi: Kazu Kibuishi writing/ drawing video, Kazu Kibuishi's website, and our TF LIBRARY CANVAS PAGE. 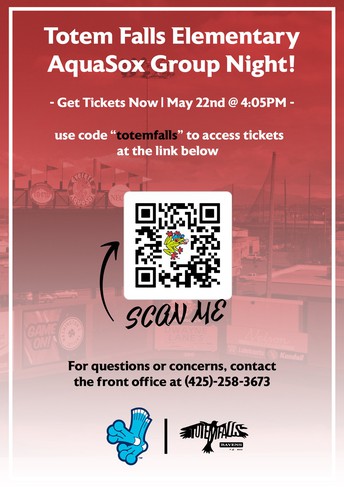 We will be having an AquaSox Totem Falls night on May 22nd at 4:05pm. Everyone is invited!

Flyers were sent home last week. Just scan the QR code to be linked to group portal and type totemfalls to purchase tickets.

***If you have the AquaSox Reading FREE GAME voucher, you can still use that voucher online too. It will prompt you to use to input the voucher at checkout.

Are you ready for a little magic in your life? Come see the musical Cinderella presented by theatre students at Glacier Peak High School (7401 144th Place SE in Snohomish).

A bona fide fairy tale, told with the Rodgers & Hammerstein hallmarks of grace, originality, charm and elegance. Originally presented on television in 1957, starring Julie Andrews, Rodgers & Hammerstein’s Cinderella was the most widely viewed program in the history of television, drawing an astonishing 107 million viewers. Its recreation in 1965, starring Lesley Ann Warren, was no less successful in transporting a new generation to the miraculous kingdom of “Dreams Come True,” and a second remake in 1997 set a new standard for representation and diversity in screen musicals, starring Brandy as Cinderella and Whitney Houston as her Fairy Godmother. This performance is rated PG.

Tickets for this amazing production are on sale now at www.showtix4u.com/event-details/57312. Adults are $15/each and students/senior citizens/military are $10/each. All tickets must be purchased online. Please select the performance date/time and seat at the time of purchase.

Cinderella premiered Friday, April 15 at 7 p.m. Other dates include Thursday, April 28; Fridays on April 22 and April 29; and Saturdays on April 16, April 23 and April 30. Showtimes are 7 p.m. with additional 2 p.m. matinees on Saturdays.

Once Upon A Mattress -Snohomish High School

Snohomish High School student theatre presents Once Upon A Mattress. The kingdom is under a curse! Queen Aggravain has decreed that no one shall be able to wed until her sweet, beautiful, special boy, Prince Dauntless, gets married. The problem is, no potential princess can pass the queen’s eligibility test. But maybe the unconventional Princess Winnifred can beat the test and undo the curse. Based loosely on the fairy tale, “The Princess and the Pea,” this family-friendly musical has been delighting audiences for over 60 years!

Performances will be held May 6, May 7, May 13, May 14, May 20, and May 21 at Snohomish High School (1316 Fifth Street in Snohomish). Evening performances each day at 7 p.m., Saturday matinees at 1 p.m. Tickets are $15/adults and $10 student/senior citizens (over 65)/military. Tickets are available for purchase at showtix4u.com/events/shstheatre or at the door with cash only.

This musical has a recommended age rating of PG for mild sexual humor and alcohol.

So that we can better plan student transportation needs and routes/schedules for the 2022—2023 school year, we have implemented an online Student Transportation Input Form at www.sno.wednet.edu/ridethebus. Between now and through early summer, we are asking all parents/guardians of 2022-2023 students to please complete this form. The form only needs to be completed once per student. 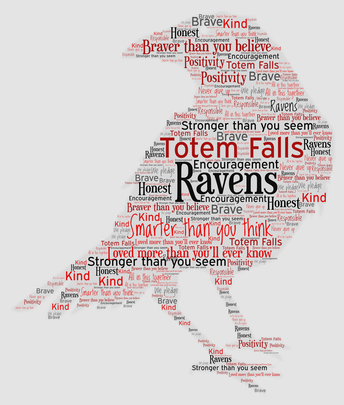 We are Kind, Responsible, Honest, Brave and we NEVER Give Up!

The Snohomish School District does not discriminate in any programs or activities on the basis of sex, race, creed, religion, color, national origin, age, veteran or military status, sexual orientation, gender expression or identity, disability, or the use of a trained dog guide or service animal and provides equal access to the Boy Scouts and other designated youth groups. The following employees have been designated to handle questions and complaints of alleged discrimination: Civil Rights Coordinator, Title IX Coordinator and ADA – Darryl Pernat, 1601 Avenue D, Snohomish, WA 98290, 360-563-7285, darryl.pernat@sno.wednet.edu; Section 504 Coordinator and Harassment, Intimidation and Bullying – Shawn Stevenson, 1601 Avenue D, Snohomish, WA 98290, 360-563-7282, shawn.stevenson@sno.wednet.edu.