Get email updates from taylor:

Street cars were pretty much cable cars. They were attached to metal tracks. But instead of a cable, horses moved them around. It helped people in the cities move faster around. 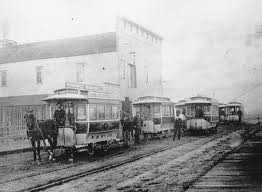 Come to San Fransisco and Try it out!

Cable cars were made right after street cars, cable cars are moved around by cables underneath instead of horses, Horses cant move up hill fast enough. So We invented cable cars!

I PROMISE YOU YOU'LL LOVE IT

Follow taylor hall
Contact taylor hall
Embed code is for website/blog and not email. To embed your newsletter in a Mass Notification System, click HERE to see how or reach out to support@smore.com
close