Auschwitz I- Facts and Statistics

This was the main camp of the three part Auschwitz camp. It was built in 1940 in a barrack the Polish army used to use. The camp was near Oswiecim, Poland. Within one year of the camp opening, 15.5 square miles was used a a reservation zone for the camp. There were three main purposes of the camp. The three include to put Nazi enemies in jail for an unknown period of time, to aquire people for working purposes usually for the war, and to exterminate minority groups. What made Auschwitz different from other camps is that it contained gas chambers and a building to cremate humans. Auschwitz I was where the administration buildings and "the death block" was located. The death block was the home of criminals.

60,000 prisoners were from the Netherlands

15,000 prisoners of war were executed

Daily Life of the Prisoners

The prisoners lived in very unsanitary conditions. Every morning, everyone woke up early for roll call, and the prisoners then made their beds. If either of these events were not satisfactory to the SS, everyone was punished in various ways. Afterward, breakfast was given to the prisoners, and it consisted of 10 ounces of bread, usually some type of meat and coffee. After breakfast, laboring started immediately. The work day lasted for 11-12 hours daily. Work usually consisted of helping the Nazis by distributing prisoner valuables or working for the war. Half way through the day, soup and water were the main nutrients given to the prisoners. When the work day ended, another roll call was to be conducted, and bread and some meat was given to the prisoners. There was no heat or running water, and everything was monitored. Going to the bathroom was monitored and there was a time limit. After the evening roll call, the prisoners went back to their unsanitary beds if they survived the day.

Rudolf Hoss- Head of the Auschwitz I concentration camp

Heinrich Himmler- An SS leader that caused for the expansion of prisoners from 10,000 to 30,000 in Auschwitz I

Alfred Flatow- An Olympic gold medalist on the German team sent to Auschwitz. He died in the camp at 73

Saint Edith Stein- A jew that converted to Christianity, but she was sent to Auschwitz with her sister and gassed to death 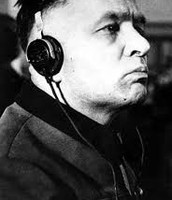 Auschwitz II, or Auschwitz-Birkenau, began housing prisoners in 1941. This camp had the highest prisoner count. It was highly protected with many gaurds and an electric fence to make escape almost impossible. Auschwitz II is most famous to be a killing center for minority groups during the Holocaust. In 1941, Zykon B gas was introduced as a killing method, and Auschwitz II used it to mass murder many humans in the camp. There were two provisional gas chambers and four crematorium buildings. The crematorium buildings included gas chambers inside. Many prisoners died as a result of gas or burns. There were two main purposes of the camp. This includes that it was used as a "detention" center for minority groups, and it served as an execution camp to exterminate the minority groups.

Over 90% of people killed here were Jews

There were about 7,000 total guards/SS

Daily Life of the Prisoners

Daily life was very similar to Auschwitz I. The sleeping barracks were crowded and unsanitary. The prisoners were always monitored with every event that took place. Every morning they had a roll call to make sure everyone was there, and punishment would follow for anything SS figures deemed unsatisfactory. For breakfast, prisoners had very little to eat; breakfast usually consisted of bread and some type of meat and drink. After breakfast, another roll call was met. The 12 hour work day then began. However, many people were sent to gas chambers or crematoriums throughout the day. Midway through the day, the prisoners got a break from work with some food and water. At the end of the day, one more roll call was in place to make sure all the prisoners still alive were where they were supposed to be. They were given bread and meat again. Afterward, they went back to the unsanitary conditions of the barrack to sleep and hope they would be alive tomorrow.

Arthur Liebehenschel- Commandant of Auschwitz II from Nov 1943-May 1944

Lili Henoch- An athlete sent to Auschwitz as a prisoner. She was machine-gunned to death

Dietich Bonhoeffer- A theologian and an Anti-Nazi that assisted German Military Intelligence who tried to assassinate Hitler. He was hanged to death at Auschwitz for his crimes 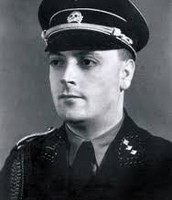