Edgar is using Smore newsletters to spread the word online.

Get email updates from Edgar:

This Land Is Your Land

This Land Is Your Land

The overall issue is that America is such a beautiful place to be and live, but yet there's still people who are homeless.

I agree with the message that song is sending because it's true, people come to America from different places thinking America is a good place to live , but not everybody can enjoy living in America.

I feel the song did make significant impact on the issue because it helped people realize how great America is even though sometimes people doubt themselves with all the problems they see and sometimes go through. 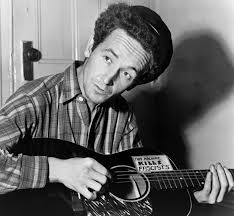 This song was written a little after The Great Depression ended, There was still some people going through hard times so maybe this event inspired him to write this song.

"In the shadow of the steeple I saw my people
By the relief office I seen my people
As they stood there hungry, I stood there asking
Is this land made for you and me?"

Woody Guthrie was saying how America is beautiful but not everyone can enjoy it.

Edgar is using Smore newsletters to spread the word online.