Neel is using Smore newsletters to spread the word online.

Get email updates from Neel:

We as exceptional members of the Liberal Party of Canada believe in the fundamental rights and freedoms of all people. We work towards a well structured, lean and flexible government that minimizes daily interference in the lives of citizens. We believe in a government that nurtures and influences its citizens through incentive, rather than setting limits on people. To summarize our belief in two words, we would say liberty and equality.

Due to the increase in Post-Secondary education, many Canadians are finding it hard to afford this higher level of education. Middle-class families are finding it tough to save money for their kids’ education, while lower class families are not able to save any money for Post-Secondary education let alone a little. We will increase the maximum amount of loan money for low-income families to $3,000 per year for full-time student and $1,800 per year for part-time students. In order for more middle-class families to gain access to Canada Student Grant, the income limit increase is going to be helpful. The non-repayable grant assistance to students is estimated to grow by $100 million by 2019/20. The graduate students will only have to start repaying the loan once they start earning more than $25,000 per year. We are going to invest an additional $50 million to support Post-Secondary education for indigenous students. To make education affordable and accessible for low-income families earning less than $50, 000, we will give them direct funding and free tuition. We want to help the youth of this country to get the best quality education at minimal to no cost.

We, as members of one of the most influential parties in Canada, value and prioritize immigration. We believe our future success is largely dependent on the attraction of talented people from around the world. Not only does diversity provide our nation with both economic and social benefits, it is also significantly crucial for our long-term success and economic growth. Canada’s diversity and connections are our most significant aspects when it comes to the growing inter-globular community. We encourage and support people who are looking to take a step forward and immigrate to Canada. Thus far, we have assisted over 25,000 Syrian Refugees and are looking to enhance that number further as we gain your help and trust. Our mindset is to simply restore the Interim Federal Health Program that provides limited and temporary health benefits to refugees. We have also decided upon the investment of nearly $200 million over the course of this year and the next to increase refugee processing, as well as sponsorship and settlement services capacity in Canada. We are looking into doubling the budget for family class immigration budget and doubling the number of new applicants each year. With your help, our hopes are to make newcomers feel approached and welcomed by your kind and warms hearts.

As members of the most influential party in Canada, we acknowledge and value the middle class. There are essentially two big parts of our plan to stand up for the middle class Canadians; one is bringing back fairness and strengthening the Canadian economy by slimming down the middle class tax by seven percent, and the other is helping middle class parents with the cost of raising kids by creating new structures such as Canada Child Benefit. The program simply provides $2,500 a year more to the the middle class families - tax free. By giving fairness for middle class families, and helping out with child raising the government is giving every Canadian a real and fair chance to succeed in future. As we say, our youth are our future leaders. Ensuring that the youth society from the middle class are raised in an appealing atmosphere and environment which encourages and enhances their future contribution to the society. We guarantee that the future of the middle class is definitely in our hand. 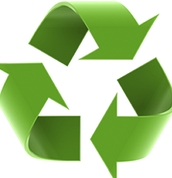 We do not believe in ignoring challenges and acting like they do not exist. By making new investments into green fundamental facilities we will be safeguarding our communities from the dangers of climate change while also growing our economy at the same time.

This investment in green fundamental facilities is a $6 billion dollar increase than what we currently have, over the course of the next four years, and $20 billion by ten years.

Transportation is the nervous system of cities and is vital to a strong and happy community. Stephen Harper had failed to invest in public transit which had caused major issues for Canadians. Canadians are losing up to 84 hours annually due to bad traffic. 84 hours which could have been used to spend time with families. We will quadruple the federal investment in public transit for a total of almost $20 billion. We will work together with municipal governments to ensure they have the support and resources to build an excellent public transit. Traffic delays result in a loss of $5 billion a year; funds which could go to better uses. We want to make sure Canadians can get across Canada with ease. Thats why we will be investing $50 billion dollars in the Canadian Railway. We are the only country in the G7 that does not have a solid railway infrastructure. We will improve public transit by investing resources and working with municipal governments to deliver a safe and efficient public transit.

"Public transit is not an important issue" - Stephen Harper 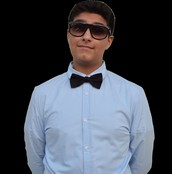 Neel is using Smore newsletters to spread the word online.