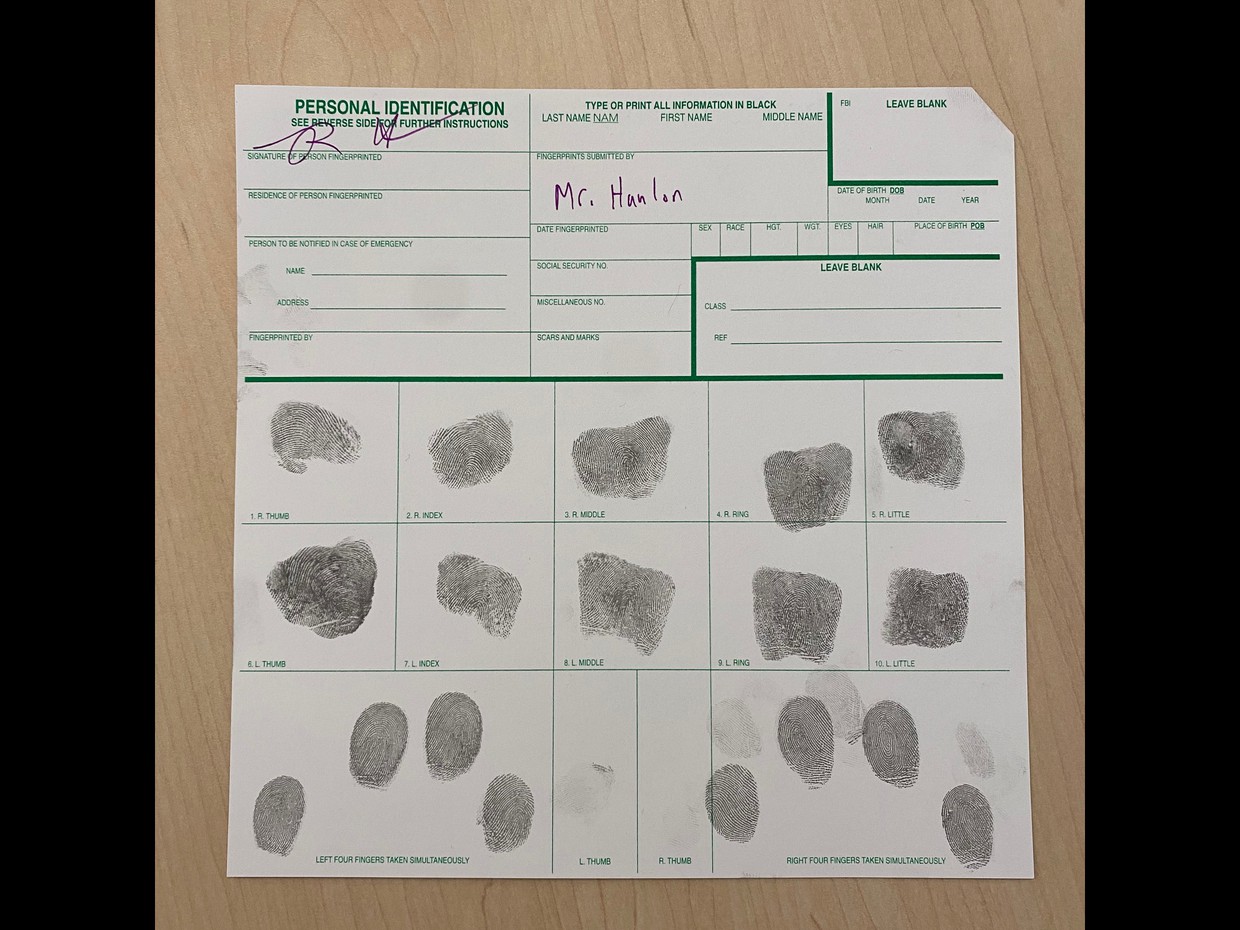 Health Occupations and Forensic Science went together like peanut butter and jelly as part of an Integumentary lesson this week. Health Occupations students in the Intro to Medical Sciences class have been learning about the skin, and saw it as a great opportunity to learn about finger prints from their peers in Forensic Science. The two classes came together with the Forensic students teaching the Health Occ. students about fingerprinting techniques and the types of fingerprints: loops, whorls, and arches. Thank you Mr. Martinous and Ms. Martin for bringing all of these enthusiastic students together for one lesson and helping to show the crossover for Sciences and careers. 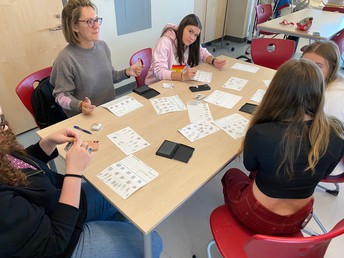 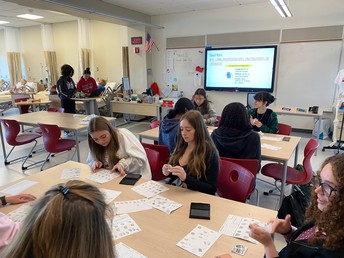 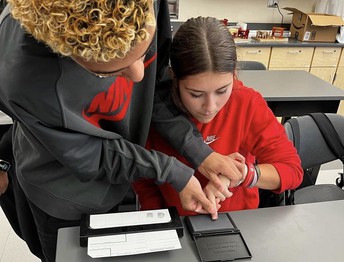 Last month Daizie, a student in our Pre-Nursing I class, was at work bussing tables at a local breakfast restaurant when a regular customer, an elderly woman, entered with her husband and sat down. Daizie observed that the woman seemed pale, a little groggy, and that she had gauze taped to her arm as if she recently had blood drawn.

Daizie inferred that this woman had donated blood before coming into the restaurant, so she quickly sat the couple, brought the woman some orange juice, and asked is she had anything to eat before giving blood. The husband answered no, and within minutes the woman's head slumped down and she began to have seizures.

Daizie reacted quickly. She moved chairs away for safety, placed the woman's head back, and ensured that she was positioned in a way so that she did not fall or hit herself during the seizure. She instructed another employee to go to the kitchen and get a wet towel, and held it to the woman's forehead.

When the seizures first ceased, the woman was unconscious, so Daizie instructed another employee to call 911. Daizie checked for a radial pulse on the woman's wrist, but could not find one. Then she went to the upper arm to check for a brachial pulse as she had been instructed in Pre-Nursing class. Again nothing. Finally Daizie checked for a carotid pulse on the side of the woman's neck. It was very faint. The woman's heart was beating, but her blood pressure was very low.

Shortly after, the woman regained consciousness, so Daizie asked her questions to determine he alertness, "Do you know where you are?" "Do you know who you are here with?" "What did you do before you came in?"

The EMTs arrived at that point and took control of the scene. Daizie, the youngest employee in the restaurant at the time briefed them on what had happened and the condition of the woman. The EMTs told Daizie and her manager that they were so impressed that she knew exactly what to do in that type of situation at such a young age.

Daizie stated that she drew on her training from the Health Occupations program, from her American Red Cross First Aid/CPR Certification, and her experience volunteering with the RI Blood Center at our EPHS Blood Drives. She said that during the incident, "All I could hear was Ms. Martin's voice telling me; check for this, do that."

The woman, her husband, the restaurant, the EPHS CTC, and the entire Townie Community are all so proud of Daizie, and so grateful that she was there that day to selflessly and courageously step in and take action when someone was in need.

Effective Monday, October 3 the Chrome Depot will be open. The Chrome Depot is a student run enterprise that services our students with issues pertaining to their Chromebooks. If a student has an issue with their computer they can bring it to the Chrome Depot for repair or be issued a loaner. Teachers should continue to submit technology tickets.

Students in need of a daily loaner for accidental damage or a lost/forgotten device will continue to receive a device from the Main Office using the collateral system.

We are looking forward to working with you. 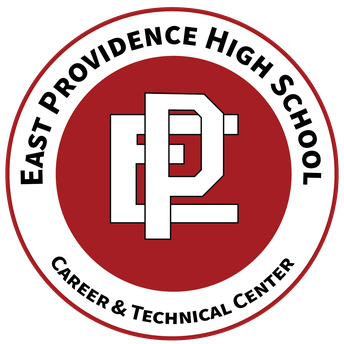 Stay Connected to the CTC:

Follow Robert Hanlon
Contact Robert Hanlon
Embed code is for website/blog and not email. To embed your newsletter in a Mass Notification System, click HERE to see how or reach out to support@smore.com
close