USA and Russia were involved in the Arms and Space Race 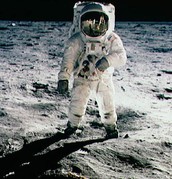 When did it start

3 Details about the arms and space race

-1955 USA and Russia both announched that they were launching satellites into orbit space.

-October 4,1957 Russia place the first satellite into orbit and it was called sputrnik.

-The americans successfully launched their first satellite for four months later then the first Russians called the explorer.

The outcome of the event

Russia had taken a huge lead in space race

At last the Russia and the USA became really good friends