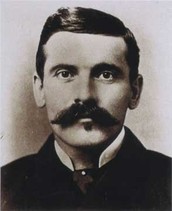 Doc Holliday was born August 14, 1851 in Griffin Georgia. Doc was born to his parents Henry Holliday and Alice Jane Holliday. Doc's father was trained pharmacist and a war veteran, he served in Several wars including, the Cherokee Indian war, the Mexican war and was even a Major in the confederate army. Doc was born with a cleft palate, which is a split in the roof of your mouth. He had surgery for the it, but was still had trouble speaking. Doc's mother spent hours correcting the way he spoke and teaching him manners. This is when he became even closer to his mother and when his mother died of consumption later know as tuberculous in 1866, he got hit the worst. That is when he devoted him self to studying and went of to the University of Pennsylvania Dental School, which is cousin founded where he graduated in 1872.

"I found him a loyal friend and good company. He was a dentist whom necessity had made a gambler; a gentleman whom disease had made a vagabond; a philosopher whom life had made a caustic whit; a long, lean blonde fellow nearly dead with consumption and at the same time the most skillful gambler and nerviest, speediest, deadliest man with a six-gun i ever knew" - Wyatt Earp speaking of Doc Holliday

Just as Doc had begun to start his dental career he found that he had be diagnosed with tuberculous. He only had to months to lived so he moved to Dallas Texas to prolong his life span hoping the dry air would help. Needing a new way to earn money he stared gambling and soon fell in love it. As he began to grow better at it he knew gambling was a dangerous game and started to become very good with a 6 shot revolver and knife that he carried on him at all times. Due to gambling he had to flee Texas to Dodge City, Kansas because he shot a man. In Dodge City he met his best friend Wyatt Earp who was chasing down a robber named Dave Rudabaugh and Doc help catch him. Also while dealing cards in Shansseys Saloon, he met his long time girl friend "Big Nose" Kate she helped him escape from jail and they had a long lasting love and Hate relationship and later got married.

The Shootout at O.K Corral

After staying in Dodge town Doc eventually followed Wyatt Earp to the town of Tombstone, Arizona where he meet Wyatt and his 2 brothers Morgan and Virgil. Tombstone had become a big mining town down at the Mexican Border. The story behind the shoot out is that, Ike Clayton was threatening to kill Doc holiday and the Earp Brothers. Later that next day Doc and Earp Bothers confronted Ike and Billy Clanton , Tom and Frank McLaury, and Billy Claiborne. The Earp brothers where dressed in black while Doc Holliday was in grey. No one knows who fired the first shot, but in the 30 second gunfight left Billy Clanton and both McLaurys dead , while Ike and Billy Caliborne where able to run away. Both Virgil, Morgan and Doc where injured in the gun fight. The sheriff of Tombstone who watched the whole thing arrested Wyatt and Doc, but charges where later dropped; both men acted in self defense. Morgan later died which set Wyatt of on a trip of sorrow that Doc went with him. Doc later split from Wyatt and moved to Glenwood Springs, Colorado where he died November 8, 1887 at the age of 36 from tuberculous. He was a true outlaw of the south and nothing could change that. 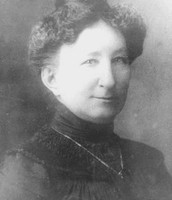 She was a lady entertainer and the wife of Doc Holliday. 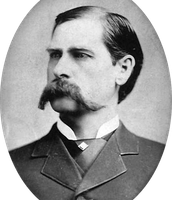 He was a gambler, an Arizona Deputy Sheriff, Tombstone Deputy town Marshal, and took part in the Shootout at O.K Corral.

The preferred weapons of Doc holliday including his knife

I think that it is truly amazing how lawless Doc Holliday's time period seemed. He was a man that was convicted of murder and was on the run form law enforcement, but yet no one could get him for all the years that he was alive. Its also amazing how far our country has come from shooting people just for stealing a bottle of whiskey. I also can understand why most people don't know more about these outlaws and crazy people that impacted our history. Most stories like this on about Doc Holliday are forgotten. This just shows that we need to hold onto and tell more stories about our history and heritage so that we will never forget how we got to where we are today.