Hansen is using Smore newsletters to spread the word online.

Get email updates from Hansen:

Gun Control in the United States

Gun Control laws in the United States need to be stricter

Gun Control in the United States

Gun Control laws in the United States need to be stricter 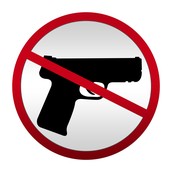 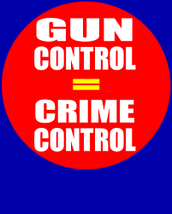 Firstly, the United States needs to strengthen its gun laws to reduce crime rate. Countries like the UK have very strict gun laws and gun violence statistics there are astronomically lower. It is estimated that in 2011, 68% of murders, 41% of robberies, and 21% of aggravated assaults that occurred in the United States were committed with firearms("Expanded Homicide Data"). This is significantly higher than any other weapon choice. Guns are the perfect way to get away with a murder. Guns shoot fast and if the gun has a silencer, it is barely even heard and that is exactly what a killer wants("Can Stricter Gun Control Laws Decrease the Rate of Crimes Involving Guns?"). Every crime requires means and the means of gun crime is a gun. Each gun that is not in circulation is a gun that cannot be used to commit a crime. With limited circulation of guns, murders and robberies would be significantly harder to pull off, thus decreasing the crime rate

Secondly, stricter gun control laws in the United States will prevent people who are not allowed to have guns from obtaining them. These people are mainly criminals and the mentally unstable. Stricter background checks should be done too to ensure no gun gets delivered right into the hands of these people. A smaller circulation of guns would result in a lower likelihood of a criminal or a mentally-ill person from being able to get a gun. Most people think that all criminals steal their guns. However, stolen guns only account for 10-15% of guns used in crimes(Noyes). The most common way criminals obtain a gun is for a friend to buy it on their behalf(Noyes). A stronger background check could at least make sure the friend buying it for the behalf is innocent. Stricter gun control will not prevent all people who are not allowed to have guns from obtaining them, but it will drastically lower the amount of those people obtaining them. The only way a criminal or a mentally-ill person should be able to attain a firearm is either by stealing one or illegally purchasing one from a non-criminal citizen.

The United States needs to strengthen its gun laws in order to reduce crime-rate and control the way people are illegally obtaining guns. This is essential so the United States can end the everlasting gun debate and take a step forward as a nation and focus on other ongoing problems.

Hansen is using Smore newsletters to spread the word online.