US Congressman Jarrod A. Zeigler

US Congressman Jarrod A. Zeigler

"When the world zags, just look to zig."

A clean track record, Senator J. Zeigler has served as a US Congressman for over half-a-decade, beginning in the House of Representatives at age 25 and entering the US Senate in 2026. Since, Senator Zeigler has had stellar performance on the congressional floor, completing casework and aiding in successful legislation in aim of his mission statement.

"For the people, by the people. Without them, I would know no people; and thus, I am obligated as a man to work for the people and their rights."

Despite identifying as Republican and supporting several conservative platforms on items such as military and gun rights, Senator Zeigler also supports a number of liberal issues such as affirmative action and pro-choice, making him a far more moderate Congressman in the US Senate. 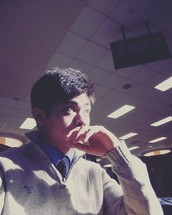 Hailing from Avon, Indiana, Senator Jarrod Zeigler grew up in a military family, moving around from state to state--from New York and Illinois, to Kansas and North Carolina--

with his mother and father (Stephanie and John Zeigler) and his two younger brothers (Alex and Quintin Zeigler).

"Growing up on base, always moving around and meeting new people and entering new schools, I really got to develop, not only as a son and as an older brother, but as a person and as an individual. I had gathered not only an appreciation for the Army and other service members, but for the US government and its dedicated citizens." 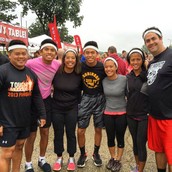 Senator Zeigler and his mother's side of the family, the Orobia's, participating as a team in the nationwide Rugged Maniac obstacle course (2015).

Senator Zeigler has had a focus on special social issues on racism and societal discrimination for a while now, tackling legislation on items like police policy, minimum wage and affirmative action. Supporting affirmative action for Asian, African and Hispanic Americans in the workforce and public education, Senator Zeigler has made astounding efforts in Congress to win more reparations for American ethnic groups, including his voting history in the 118th Congress of the United States on ethnic-centric bills. 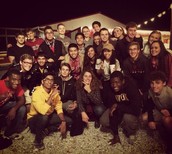 Senator Zeigler has had extensive experience in working with others and communicating his ideals and philosophies to constituents and Congressmen alike-- meanwhile, he also has a large understanding of the connections between America and its foreign allies and other countries, attending to focuses on foreign policy and military with an open mind, supporting both a larger budget for the military and homeland defense and a greater embracing of America's responsibility as a worldwide super power, voting positively on several previous legislations on treaties with countries like Libya, Germany and Japan. 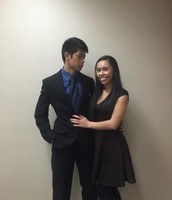 And A Dedicated Worker.

Senator Zeigler has always had his focus on keeping his communication with his constituents up, having a hotline open at all times to answer and cater to the inquiries of US citizens across the nation, not only in Indiana.