Booker is using Smore newsletters to spread the word online.

Get email updates from Booker:

SUMMARY :The Thirty Years' War was a series of wars in Central Europe between 1618 and 1648. It was one of the longest, most destructive conflicts in European history. Fought by various nations for different reasons such as dynastic territorial and commercial rivalries and ended in the treaty of Westphalia. PROLOGUE: the peace of Augsburg recognized only Roman Catholics and Lutherans, the Calvinists had made gains in many states and began to demand recognition of their rights. The thirty years war then began.

Bohemian Calvinists feared the loss of religious rights after Ferdinand II was elected by the Bohemian Diet, as King of Bohemia. In May 1618, the Calvinist revolt began when the rebels threw two Catholic members of the Bohemian royal council from a window some seventy feet above the ground. Both councillors fell into a pile of manure, and suffered only minor injuries. This incident became known as the Defenestration of Prague. Johann Tserclaes, Count of Tilly led the Catholic League’s forces into Bohemia with Ferdinand II. Christian of Anhalt and Frederick II were defeated by the Holy Roman Empire in the Battle of White Mountain. Frederick fled to Holland.

Danish period begins. Lutheran King, Christian IV, supports the Protestants in the fight against Ferdinand II in 1625. King Christian was also a prince of the Holy Roman Empire. Wallenstein raised an army of 50,000. Tilly and Wallenstein then attack Christian in ‘26 and won. Prague is taken control of by the rebels. They then elected a new king, as Ferdinand was thought as deposed. Frederick V (1596-1632), the elector of the Palatinate in western Germany and a Calvinist. The German Protestant Union, which Frederick headed, provided some aid to the Bohemian rebels. He was the new elected King. Treaty of Lubeck gave Christian IV Holestein back but he pledged to be done with German affairs. The Danish Period ended with a win for Hapsburg and Catholic.

Swedish period. The Catholic victories alarmed the Protestants everywhere. The new Protestant leader was King Gustavus Adolphus. Swedes then moved into Germany in 1630. The same year the French and swedes signed an alliance. France then joined the war. The conflict now became a wider European war, fought mainly over political issues, as Catholic France and Protestant Sweden joined forces against the Catholic Hapsburgs. Swedes took ,any victories of battle. The commander Tilly fly in 1632. Ferdinand wanted Wallenstein to build a new army, but the Swedes defeated Wallenstein. The were defeated soon after. The treaty of Prague stopped Sweden's part of the war and strengthened the Hapsburg.

The French now joined the war. Cardinal Richelieu (1585-1642), the chief minister of King Louis XIII (161~1643) of France wanted to weaken the power of the Hapsburgs and take the province of Alsace from the Holy Roman Empire. In addition, Richelieu was plotting against Spain and its Hapsburg king, Philip IV (1621-1665). Fortunes of the war just escalated. France sent more infantry into Germany. They tipped the favor for the emperor. Ferdinand III then succeeded his father after he died. eace negotiations began in 1641, but made little progress until the death of Cardinal Richelieu in 1642 and the French occupation of Bavaria in 1646.

Emperor Ferdinand denied the peace of Augsburg that allowed for the princes of each state within the Holy Roman Empire to choose Catholicism or Lutheranism and started outlawing Protestant religions, which in turn caused the Protestants to rebel against Ferdinand.

The Habsburg prince Ferdinand from Austria was chosen as the king of Bohemia. Ferdinand moved against Protestantism in 1618 by closing Protestant churches in Prague. When the Protestants rebelled, allied with a few German princes, a war started against Ferdinand who was allied by the Catholic monarch of Bavaria, Maximilian, and the Catholic king of spain-Philip III. 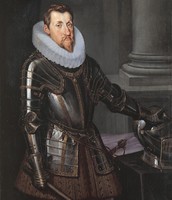 -(1452,1516) The holy roman emperor, King of Castile, and Aragon. Married to Isabella the queen of Castile. Banned every religion other than Roman Catholicism. Member of the house of hasburg. 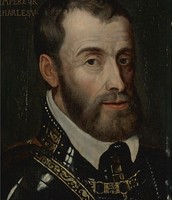 (1500,1558) Helped establish the society of Jesuits. Provided ships to Ferdinand I for the first circumnavigation of the world. Stepped down from the throne in 1556 and the hasburg monarch was given to his brother Ferdinand. 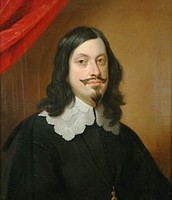 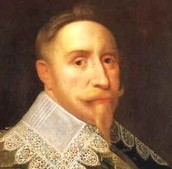 (1594,1632) Was the king of Sweden. Considered the father of modern warfare because he was one of the best generals of all time. Led Sweden to military supremacy during the Thirty years war, helping to determine the political as well as the religious balance of power in Europe.

(1683,1715) Tried to expand France's territory by force of arms for glory. Created the French frontier for territorial defense in the east of France. Organized a commissariet department to supply the French army. Ruled as King as France. 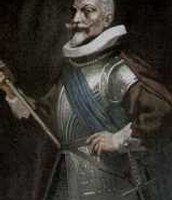 (1559,1632) Comanded the Catholic league's army in the 30 years war. Had a string of many important victories Against the Protestants until he was defeated by the forces of King Augustus Adolphis of Sweden. 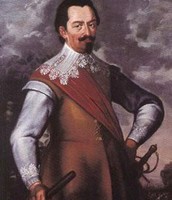 (1583,1634) Military leader for the Roman Holy Empire that offered his services and an army of 30,000 to 100,000 during the 30 years war. When King Ferdinand II halted wallenstein's services, he considered joining the Protestants but was assisted by the order of King Ferdinand II. 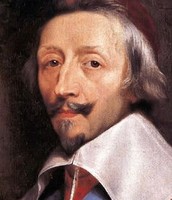 (1585,1642) From a clergy man, he was consecrated as a bishop. Eventually became King Louis XIII's chief minister. Cardinal Richelieu transformed France into a strong centralized state. Wouldn't hesitate negotiating with Protestants to achieve his goals. "(Lead antagonist in the fictional novel "the three musketeers.)" 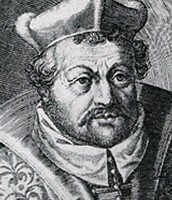 (1576,1602) In his drive to stop Protestantism he started an inquisition to kill off witches. Ended up putting 250 "witches to death." 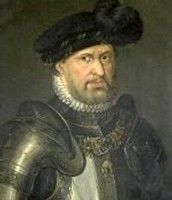 (1577,1648) Ruled as King of Denmark Norway for 59 years. Obtained stability and wealth that was unmatched in Europe for Denmark. Engaged Europe in the 30 years war. His obsession with witchcraft led to the public execution of some innocent subjects. 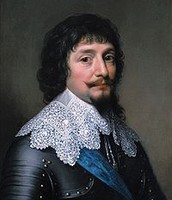 (1596,1629) The estates chose Frederick because he was the leader of the Protestant Union a military alliance founded by his father, and hoped for the support of Frederick's father-in-law, Jame VI of Scotland but, James opposed the takeover of Bohemia from the Habsburgs and Frederick's allies in the Protestant Union failed to support him militarily. His brief reign as King ended with his defeat at the Battle of White Mountain on 8 November 1620. 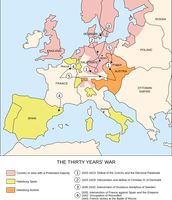 Very powerful family that ruled a large portion of Imperial territory (the Archduchy of Austria and the Kingdom of Bohemia) as well as the Kingdom of Hungary. Ruled over eight million subjects. 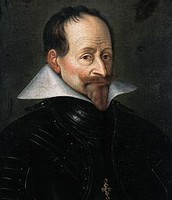 The war ending with The Peace of Westphailia. The Dutch Republic got their independence recognized, and Switzerland granted the right to make treaties and alliances to Germany.

Germany was divided into several smaller units and the Holy Roman Empire lost a large sum of its power while Spain lost most of its political and military power. The population of Germany was also drastically decreased from the mass destruction. The ending peace of Westphalia also laid the ground for the sovereign nation state.

The excerpts of sources on the Thirty Year’s War are writings by key figures during the war. It was written to inform viewers what he key figures views were on the war. The writings explain things such as the opening of the war in certain peoples perspectives.

Booker is using Smore newsletters to spread the word online.