According to reports from OSHA, some 300,000 people

According to reports from OSHA, some 300,000 people 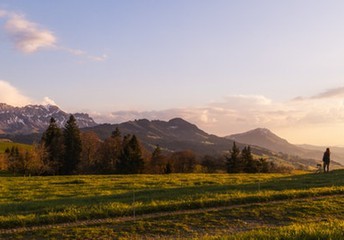 Cadmium is a soft, malleable and versatile metal used in a number of different ways. Though it's considered safe in small amounts and when contained well, it can be dangerous in certain situations. Once word of its potential hazards began to spread some years ago, its used declined to a degree. Still, it hasn't been eliminated completely. In some cases, iron powders developed by Hepure can help reduce the chances of exposure to this metal; however, its numerous sources make complete remediation a bit difficult.

How Could People Be Exposed to Cadmium?

According to reports from OSHA, some 300,000 people are exposed to cadmium at work in America alone. Batteries, certain plastics and coatings and solar panels all contain the metal in varying amounts. As a byproduct of phosphates, those working with excessive amounts of fertilizers could also be at risk.

Aside from those aspects, runoff from fields containing phosphate-based fertilizers can contaminate nearby water supplies. In turn, people drinking water with high levels of cadmium may be in danger. Fruits and veggies grown in cadmium-polluted fields and meat from animals eating or drinking from marred food and water sources may possibly be risky as well. Consuming fish from contaminated water supplies also presents increased dangers. If caught at its source, this type of contamination can be reduced and eliminated through the use of products found at https://hepure.com.

What Are the Dangers of Cadmium Exposure?

Those breathing in high levels of cadmium have been known to develop severe respiratory problems as well as kidney damage and lung cancer. In most cases, though, exposure does come from food and water rather than air. People inadvertently ingesting unsafe amounts of this metal may experience a number of health problems, including:

Digestive Issues: Nausea, vomiting, diarrhea, inflammation of the stomach lining and severe abdominal pain are a few of the potential digestive system-related problems of cadmium ingestion.

Kidney Damage: As is the case with prolonged industrial exposure, eating or drinking foods or beverages contaminated with cadmium can cause varying degrees of kidney damage.

Liver Damage: Just as the iron powders available through hepure.com help remove harmful substances from water supplies, the liver is one of the body's natural defenses designed to filter out toxins from within. When attempting to protect the body from high levels of cadmium, the liver itself can become damaged.

On top of these issues, cadmium exposure has also been linked to anemia and damage to the brain and nervous system. Unfortunately, those ingesting cadmium typically aren't aware of the contamination. Visit the company website to learn about hepure and the ways in which it helps remove heavy metals from contaminated water supplies.