The Church is Unfair

The Church is Unfair 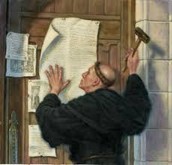 Problems with the Catholic Church

Thesis 28: It is certain that when the penny jingles into the money-box, gain and avarice can be increased, but the result of the intercession of the Church is in the power of God alone.

Thesis 46: Christians are to be taught that unless they have more than they need, they are bound to keep back what is necessary for their own families, and by no means to squander it on pardons.

Thesis 86: "Why does the pope, whose wealth today is greater than the wealth of the richest Crassus, build the basilica of St. Peter with the money of poor believers rather than with his own money?"

Thesis 89: "Since the pope, by his pardons, seeks the salvation of souls rather than money, why does he suspend the indulgences and pardons granted heretofore, since these have equal efficacy?"

Martin Luther was born around the 1500's. When Martin Luther grew up, he became a lawyer. He was in a storm, he thought he would die so he prayed to G-d and said that if G-d helped him survive, he would devote his life to religion. Martin Luther did survive and became a Catholic Priest. He disagreed with a lot of the things the Church did, such as selling indulgences, being too political, and were rich and greedy. He started the Reformation and eventually made his own religion.

People involved in the Reformation 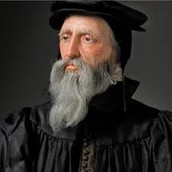 John Calvin saw what Martin Luther had done with Lutheran and began his own religion called Calvinism. 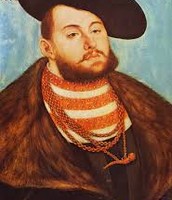 Prince Friedrich kidnapped Martin Luther and took him to his castle. While he was there, he translated the bible to German. 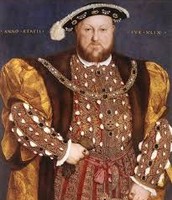 King Henry wanted a divorce from his wife but the Catholic Church didn't let him. He then created his own church called the Anglican Church so that he could divorce.

Help break away from the Church