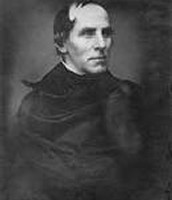 An American artist regarded as the founder of the Hudson River School. Known for The Oxbow (1836), The Course of Empire - The Savage State (1834), and Distant View of Niagara Falls (1830). 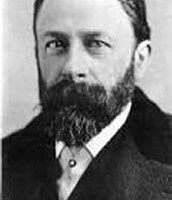 A German-American painter best known for his lavish, sweeping landscapes of the American West. Some of his works are The Rocky Mountains, Lander's Peak (1863), Among the Sierra Nevada Mountains, California (1868), and The Last of the Buffalo (1888). 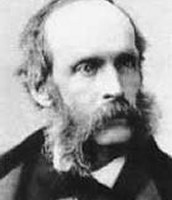 A mid-19th century American art movement embodied by a group of landscape painters whose aesthetic vision was influenced by romanticism. The paintings for which the movement is named depict the Hudson River Valley and the surrounding area, including Catskill, Adirondack, and the White Mountains. 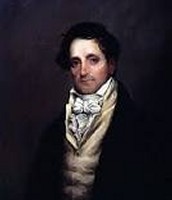 An American writer known for The Diverting History of John Bull and Brother Jonathan (1812), a satire, The Dutchman's Fireside (1831), a romance which attained popularity, and a Life of Washington (1835). 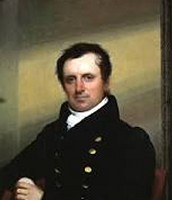 An American romantic poet, journalist, and long-time editor of the New York Evening Post. Known for Thanatopsis, Picturesque America, and A Forest Hymn (1824).

A group of writers active in and around NYC during the first half of the 19th century. The group, whose affiliation was more a regional than an aesthetic matter, sought to promote a genuinely American national culture and establish NYC as its literary centre, and took its name from Washington Irving's Knickerbocker's History of New York (1809).

Prominent Federal features: Bilateral symmetry of the facade, balustrade at the roof line, Palladian windows on the second floor, string course (belt course) separating the first and second floors, and classical columns on the portico.

Federal design features: Flat, low pitched roof with a balustrade and/or belvedere, brick or clapboard exteriors, double hung, shuttered windows with small planes, one or more Palladian windows, and a central entrance which is usually flanked by columns and/or sidelights and sometimes topped with a fanlight.

The founding generation of Federal Architecture consciously chose to associate the nation with the ancient democracies of Greece and the republican values of Rome. The Federal style applied to the balanced and symmetrical version of Georgian architecture. American Federal architecture differs from preceding Georgian colonial interpretations in its use of plainer surfaces with attenuated detail, usually isolated in panels, tablets and friezes. Including a flatter, smoother facade.

A case decided by the Supreme Court under Chief Justice John Marshall. The Court declared unanimously that a certain law passed by Congress should not be enforced, because the law was opposed to the Constitution. 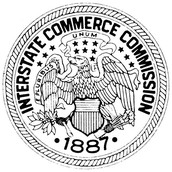 John Marshall was the fourth Chief Justice of the Supreme Court (1801-1835). His court opinions helped lay the basis for United States constitutional law and made the Supreme Court a coequal branch of government along with the legislative and executive branches. He played a significant role in the development of the American legal system, most notably, he reinforced the principle that federal courts are obligated to exercise judicial review, by disregarding purported laws if they violate the Constitution. Many of Marshall's decisions related to federalism, affecting the balance of power between the federal government and the states during the early years of the republic.

An early 20th century American cartoon on the Monroe Doctrine, proclaimed by President James Monroe in his message to Congress on December 2, 1823. 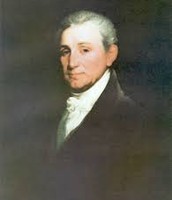 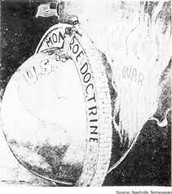 From artist Carey Orr of the Nashville Tennessean, a cartoon depicting the Monroe Doctrine as a form of protective barrier from war.

A principle of US policy, originated by President James Monroe in 1823, that any intervention by external powers in the politics of the Americas is a potentially hostile act against the US.

The Louisiana Purchase (French: Vente de la Louisiane "Sale of Louisiana") was the acquisition by the United States of America in 1803 of 828,000 square miles (529,920,000 acres) of France's claim to the territory of Louisiana.

An 1814 attack during the War of 1812 between British forces and those of the US. On August 24, 1814, after defeating the Americans at the Battle of Bladensburg, a British force led by Major General Robert Ross occupied Washington City and set fire to many public buildings, including the White House and the Capitol.

During the War of 1812, Tecumseh's confederacy allied with the British and helped in the capture of Fort Detroit. After the U.S. Navy took control of Lake Erie in 1813, the Native Americans and British retreated. American forces caught them at the Battle of the Thames, and killed Tecumseh in October 1813.

A single ship action between the two during the War of 1812, approx. 400 miles southeast of Halifax, Nova Scotia. After the war broke out is when it took place, and it would prove to be an important victory in American morale.

The War of 1812 was a military conflict, lasting for two-and-a-half years, between the United States and the United Kingdom of Great Britain and Ireland, its North American colonies and its American Indian allies. It is seen as a war in its own right by the US and Canada, and as a theatre of the Napoleonic Wars by Europe, as it was caused by issues related to that war (also the Continental System).