cris is using Smore newsletters to spread the word online.

Get email updates from cris: 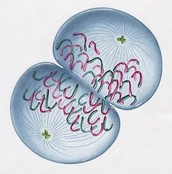 a mature haploid male or female germ cell that is able to unite with another of the opposite sex in sexual reproduction to form a zygote. 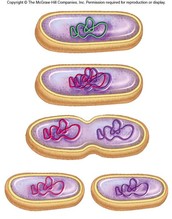 is a locus of DNA that encodes a functional RNA or protein product, and is the molecular unit of heredity 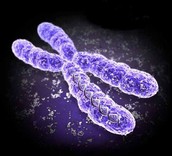 is one copy of a newly replicated chromosome, which typically is joined to the other copy by a single centromere

is the part of a chromosome that links sister chromatids

are similiar but not identical Each carries the same genes in the same order, but the alleles for each trait may not be the same 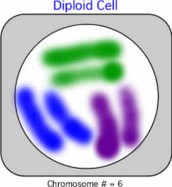 a diploid cell, organism, or species. 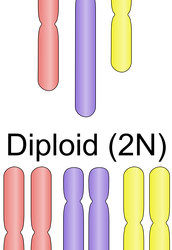 is the term used when a cell has half the usual number of chromosomes. 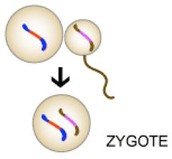 is a combination of the DNA in each gamete, and contains all of the genetic information necessary to form a new individual.

a chromosome involved with determining the sex of an organism, typically one of two kinds

is the number and appearance of chromosomes in the nucleus of a eukaryotic cell.

is the 'daily living' or metabolic phase of the cell, in which the cell obtains nutrients and metabolizes them, grows, reads its DNA, and conducts other "normal" cell functions

is a part of the cell cycle in which chromosomes in a cell nucleus are separated into two identical sets of chromosomes, each in its own nucleus.

They are released by cells and affect the behavior of other cells.

composed of microtubules, that forms near the cell nucleus during mitosis or meiosis and, as it divides, draws the chromosomes to opposite poles of the cell.

cris is using Smore newsletters to spread the word online.