There is a strong consensus that it is not right to split classes up into other classes. Unfortunately, it's within the district's rights to do it, so there wasn't much the union can do. The district, however, agrees that it's not in the students' best interest. At least teachers with the added burden of an extra third of a class are being recognized by the $50/day, but it's not ideal.

There was a concern about kids being split into an inappropriate class; e.g., a bunch of mainstream students split into a kinder DLI class, causing a language barrier and a waste of a day. Parents who opted to keep their students out of DLI might be upset. All of this vice versa, if a DLI class is split into a mainstream class.

How do we know which TOSAs are federally funded and therefore cannot sub? The answer is, the principal knows. I ended up speaking for us "District TOSAs" since there had been some misinformation posted on Facebook saying we were declining to sub because we were "too busy". I told them we agree that splitting classes is wrong, but also we were told not to sub due to the fines our district received for misusing federal funds.

Someone pointed out that we'll never get to step 5 on the MOU (when the principal and VP would finally cover a class) because they'll just keep splitting classes.

Music teachers are not TOSAs and should not be pulled.

There is apparently no legal maximum of students in a single room which seems odd considering safety/fire hazards.

The teachers are fed up with having to grade off of Pear Deck. They said it takes an hour and a half and they aren't using the data anyways. Some are printing all the slides and taping them together? I didn't understand; I thought it got fixed so it's just a spreadsheet; no more drawing slides. But they were talking about drawing slides. Moodle graded everything.

They don't understand how using Pear Deck prepares students for CAASPP. Also, apparently they're being asked to give the DCA (and other grades, the IAB) based on the calendar rather than when they're actually done teaching that unit, which doesn't make sense because they thought they were allowed to switch units around and obviously skews their data if the students haven't learned it yet.

One person recommended to all of us (and has done so for her site as well) to email the superintendent, the board, and Faith, any time they're unhappy with something the district is doing. 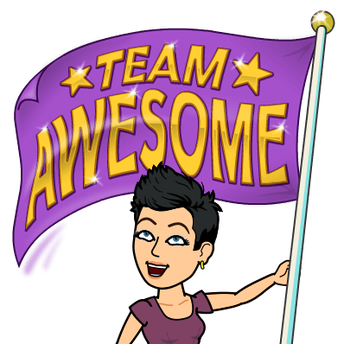