Gurkaran is using Smore newsletters to spread the word online.

Get email updates from Gurkaran: 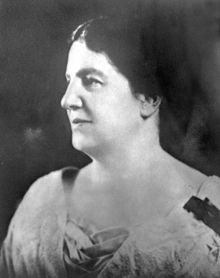 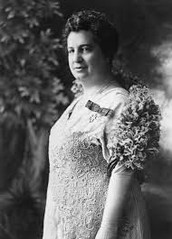 Emily Murphy was born March 14 1868 in Cookstown,Ontario. Emily was the third child in a family of six children. Emily Murphy was a Canadian women right activist,a jurist, and also a author. In 1916, she was the first female in Canada to create the Famous Five. She is known for her contributions to the Canadian feminism, and most specifically to the question of whether women are "people" or not under Canadian law. She influenced people by reading her articles of drug abuse in Canada

Nothing is black or white.

In 1917, Emily Murphy had a battle that women should be known as "people" in Canada just like the men. They also fought that women could serve in the Senate just like the men do. Lawyer, Jackson challenged her as a judge, because women were not considered as "people" after the British dropped the British North America Act in 1867. "Nothing is black or white" leadership trait is related to what Emily has done. Emily Murphy argued with the government that women and men should be treated equally. 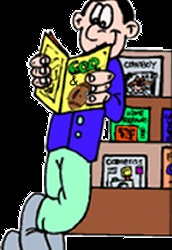 Know your enemy—and learn about his favorite sport

In 1922 Murphy published articles in Maclean's magazine describing in detail about the of drug trade business has become. Her letting the society to know led new laws of governing the narcotics.In the magazine she discussed that Canadians, Chinese, Assyrians, Greeks were making a drug trade business all together, she was warning the society and trying to help out the government and police to shut down this business in Western Canada. Emily Murphy wrote these articles to inspire people not to get involved in this type of industry. When people read her article they followed it because she was saving there life from that life and the society appreciated it.

Quitting is leading too

In 1910 Emily was fighting towards the right of where women could get the property or household if the man of the house had past away. when the the man had pass away none of the household would get inherit by the women or children in that household.1911 the Alberta legislature passed the Downer Act, where the protected wife's have one-third share in her husband's property. Emily Murphy had fought for these rights and Alberta had past the Downer act after a year because Murphy put her foot down.

Gurkaran is using Smore newsletters to spread the word online.