Ariella is using Smore newsletters to spread the word online.

Get email updates from Ariella:

Mazel Tov to everyone who was present at our Winter Regional 2015! We had close to 50 NCSYers attend and participate in outstanding activities. We learned about diversity, participated in an Israel program Sunday morning which was run by our very own board members, enjoyed amazing food, and got to spend time awesome people. On Saturday night, after Havdalah we all went rock climbing! Our NCSYers showed us their skills in climbing mountains, which isn't always easy. We stumbled and we fell, but being the courageous teens we are, we didnt let that stop us. From amazing ruach during circle time, to kavod during learning, and a mellow vibe during kumzits, our NCSYers truly showed what it meant to be large enough to be a region but small enough to be a family. But remember, its not goodbye forever, it's see you next time! Stay tuned for our next regional event! 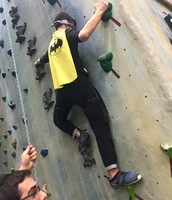 What do you know about simcha? Not sure, then ask any Albany NCSYer who was present at shul this past Shabbos. Thanks to their advisors, who threw an amazing Shabbaton for them, the group learned all about simcha and happiness. The weekend kicked off with mishmar on Thursday, followed by Shabbos day lunch and all day programming. After havdalah, the group all battled and showed off their creativity during cake wars! Five delicious cakes were decorated based on the theme of simcha. Only one cake could be victorious however, and that cake represented their very own Shabbaton! Who decorated it? Bina Kovach, Aviva Shwartz, Ella Rosen, and Hannah Greenblat! 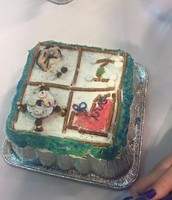 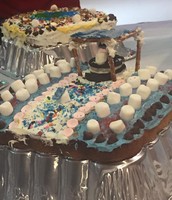 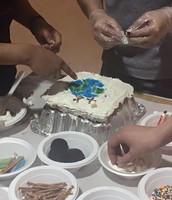 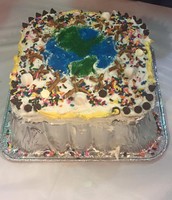 This past Shabbos, advisors drove all the way to Rochester for a Shabbaton. Friday the group started with a new program called froyo Friday. Everyone met up at Yotality after school to welcome their advisors. Everyone learned what the theme of the Shabbos was and schmoozed until it was time to start preparing for Shabbos. After Mariv, the group had a Tisch where everyone played lots of games. After services on Saturday everyone went to the Spanjer's house for lunch and learning. Then the returned to Beth Shalom for Mincha and Havdalah. After Shabbos ended, the group had a pizza making, ice cream party jam session. Rumor has it that it ended with a whipped cream fight!

Sounds like Rochester had tons of fun! Want to experience fun with them? Keep your eyes open for their next Shabbaton!

What holiday is coming up on the 14 of Adar? That's right, Purim! How do we celebrate Purim? By dressing up but why? Dressing up reminds not only ourselves but also others that our real identity is not the "mask" we show to society everyday, but rather it is our inner personality and mentality. By realizing that we are each different and special, we are able to experience genuine happiness! It is no coincidence that Purim takes place during Adar, the month of happiness!

On Purim, be sure to take a selfie in your costume and post it on the Upstate NCSY Facebook page! We look forward to seeing you all in your amazing costumes!

We Jews seem to like to talk a lot. I mean think about it; it’s true. We love to talk about Torah and while learning Torah; we talk to HaShem at least three times a day. We schmooze, we debate, we chitchat, and we just seem to talk a lot, and if we’re not talking we’re singing. But when are we ever really silent? When are we ever just in appreciation of the absence of noise? It’s almost as if we have forgotten the value of silence.

No, you’re not having déjà vu from Winter Convention, when Devora explored with us and the community what it means when it says in Pirkei Avot, “the safeguarding fence around wisdom is silence.” Right now we are going to explore an earlier Mishnah where Rabban Shimon said, “All my life I grew up among the sages, and I found that nothing is better for a person than silence…[and] one who talks too much causes sin.” This is so seemingly opposite of this world’s constant talk, including texting and messaging if we venture outside of the Jewish world, that you may throw your hands up in air and say, “Well! Maybe we just don’t abide by this opinion!”

This could not be farther from the truth. Rambam actually codifies this as halacha in the Mishneh Torah and writes in Hilchot De’ot, “One should always cultivate silence and refrain from speaking, except with regard to matters of knowledge or things that are necessary for his physical welfare.” That’s pretty extreme; Rambam essentially has just told us we should never ever talk unless we have something really smart to say or we have to continue living. But it’s not so crazy. Really.

This is why the Rabbis knew silence was so critical to the preservation of wisdom. The sages did not engage in loud, crude arguments; they engaged in long discussions, from Rabban Shimon’s account, seemingly long and silent discussions with well thought answers. No wisdom can arise from a quick thoughtless statement; true wisdom requires us to be with our own thoughts alone in silence. So in this life, of seemingly endless talking, let’s learn once again to appreciate the silence and our own thoughts. To think before we speak, and not regret what we say. To be able to be in our own thoughts and meditate in them. Let us begin to appreciate and practice what our Rabbis have taught us about speaking, and by extension about Lashon HaRa. Because then, maybe, we can find real thoughts and true wisdom.

See if you can guess who this advisor is based on answers to questions they were asked. Try reading the Hebrew, its transliterated from English words into Hebrew writing so you can understand it.

1. Describe an encounter with the most famous person you've ever met:

5. What's the weirdest dream you've ever had about NCSY?

Horses jumping out the window of the hotel during mincha at Spring.

7. Most underrated bit of wisdom Jews know but no one else does:

keep your palm branch vertical and you won’t hurt anyone

If you guessed Rabbi Crystal, your correct!

We all know the saying, "large enough to be a region, small enough to be a family". Why not extend our family out to even more Jewish teens. Get your friends to come to events like Monthly Shabbatons, regional's, or even latte and learns. Albany has stepped up their recruitment game when they represented NCSY at their local Mifgash (Hebrew high school). 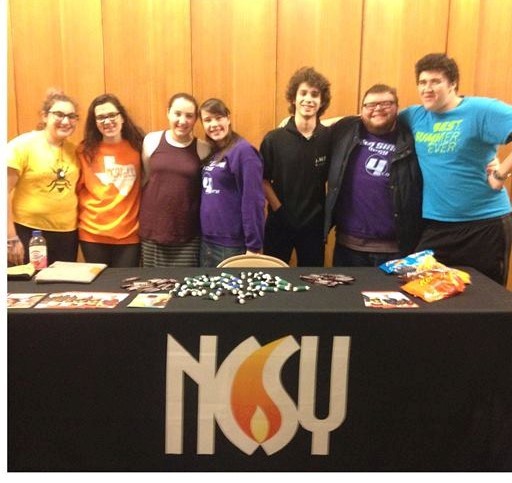 We would like to extend a huge mazal tov to Tzvi Goldstein and Jeanette Eliezer in their engagement! We can't wait to see what the future holds for you two! 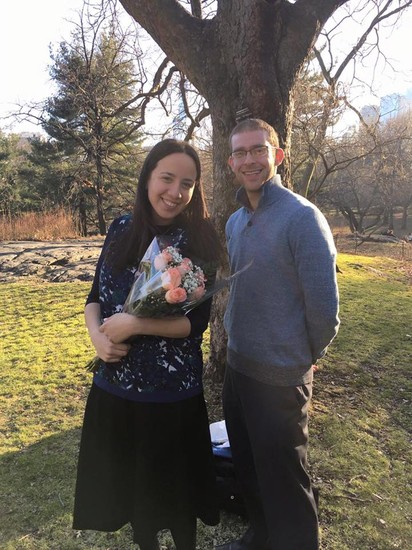 Don't forget to mark your calendars for Spring regional!! Do you love your NCSY family? Well get ready to expand the size of your family because we are sharing our regional with New England region! Not only will you have the opportunity to spend Memorial day weekend with your favorite Upstate friends, but now you can also meet many more teens from New England! Save the date, we hope to see you all there!
Get Directions

Ariella is using Smore newsletters to spread the word online.