allie is using Smore newsletters to spread the word online.

Get email updates from allie:

How do you think Beethoven was able to create his music compositions?

Was it just by chance that his music was pleasing to the ear? Why or why not?

For this activity, we will explore the key components of waves and sound using the iPad apps, WavePad, Auto Function Generator, and Desmos. You will be able to see and hear how changing these parameters alters the audio and the waveform.

Discuss with your table:

1. Where do we observe waves in the real world?

Sine waves are the building blocks of sound. In fact, ALL signals can be created by combining sine wave.

Cycle = One repetition of a wave's pattern
Frequency = The number of cycles per second (measured in Hz)
Period = The time duration of one cycle (the inverse of frequency, P = 1/f )
Wavelength = The length of one period of a wave
Amplitude = A measure of a wave's change over a single period

Looking at the picture above:

4. What relationship exist between frequency and wavelength? 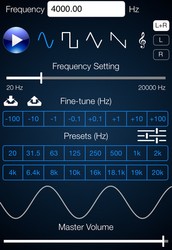 Using an iPad to Generate Waveforms

Open the Auto Function Generator app on your iPad. This app allows you to choose a waveform and change the amplitude and the fundamental frequency parameters.

Use your headphones, and take a couple of minutes to explore the different waveforms (sine, square, saw). Also, you can tweek the amplitude and fundamental frequency. To hear your waveform, press the play button.

What changes to the sound occur when you:

Sine waves are the building blocks of sound. In this activity, we will take a closer look at sine waves and their properties. While exploring the Auto Function Generator app, you heard and saw different types of waveforms. Something you may not have been able to guess from seeing and hearing these different signals is that they can all be created by combining simple single frequency sine waves. Remember ALL sounds can be created by combining sine waves.

On iPad:
We will be using the Auto Function Generator app again. At the top of the page you can select your waveform and change your frequency setting in Hz.

Select the waveform for "Sine" (the farthest waveform to the left). 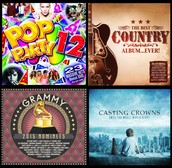 We are now going to look at how songs can be displayed by sine waves. Using the WavePad app, we will record various 20 second sound clips. Then you and your group will analyze the recordings and answer the following questions for each recording: 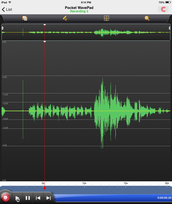 Create your own wave from music

The next activity with demonstrate how ANY sound can be reduced to individual sine waves. Using the WavePad app, students will record a 20 second sound clip. This can be a clip of a song, someone talking, a movie, or an instrument. Each group will then be drawing their own waveform, taking note of how the wave looks and sounds.

In this activity, you will calculate the frequencies of two octaves of a chromatic musical scale in standard pitch. Then, you will experiment with different combinations of notes and related sine waves to observe why some combinations of musical notes sound harmonious and others have a dissonance. When you check out note combinations, you will listen to those combinations played on a keyboard to associate the sounds with sine waves. You will be using your Desmos app for graphing the functions.

The Chromatic Scale — A Geometric Series

Musical pitches (notes) are determined by their frequency, which is measured in vibrations per second, or Hertz (Hz). The notes on a piano keyboard form a chromatic scale.

The white keys on a keyboard are A, B, C, D, E, F, and G. The black keys are named relative to their adjacent white keys. For example, the black key between the C and D keys is known as either C sharp (C#) or D flat (Db). 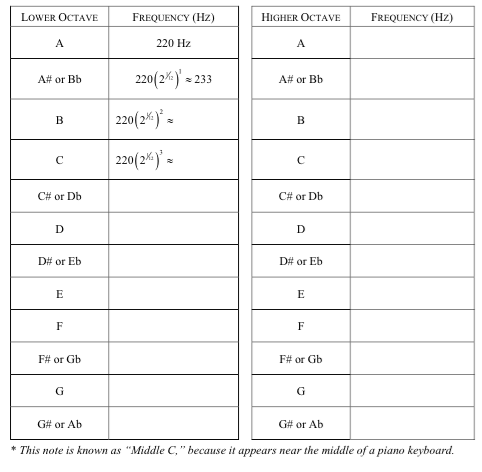 The sine wave related to a musical pitch has the following form, where A is the amplitude of the sound (or the volume, measured in decibels) and B is the frequency of the note (measured in Hz): f (x)= Asin(Bx)

A major chord (or triad) of any scale consists of the first, third, and fifth notes of the scale. Based on the A major scale identified above, identify the notes of the A major chord, the frequencies of those notes, the associated sine function with A = 2, and the period of the sine wave.

Music and math: The genius of Beethoven - Natalya St. Clair

Why is this song stuck in my head?

For the final part of this activity, I will be giving your groups a piece of sheet music. You will graph it's notes in Desmos to determine why it is a song that gets stuck in our heads. 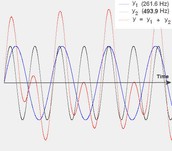 The sine waves never match up. 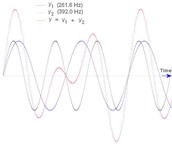 The sine waves all match up periodically.

Hope you enjoyed our journey through music and math!

I have also created a workbook to go along with the lesson that you can find at my TeacherPayTeacher page: https://www.teacherspayteachers.com/Product/Sine-Waves-and-Music-Exploration-1705387

allie is using Smore newsletters to spread the word online.

Follow allie smith
Contact allie smith
Embed code is for website/blog and not email. To embed your newsletter in a Mass Notification System, click HERE to see how or reach out to support@smore.com