Get email updates from Abigail:

The Beginning of the New England Colonies 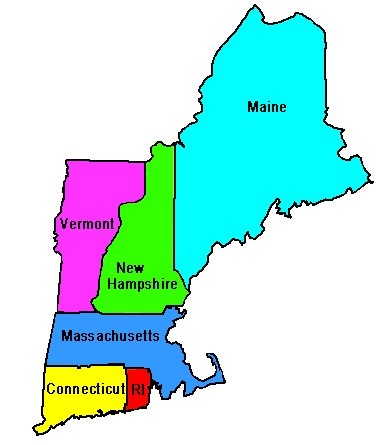 The Economy of the New England Colonies

The Political/Governmental Structures of New England

Every governmental system in these colonies elected their own legislatures. The colonists soon found themselves in a situation liable for a democracy. They formed political structures that served their needs. 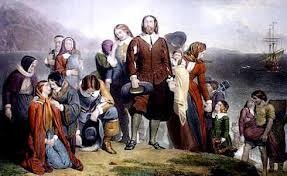 Many of the settlers that arrived to New England were basically from England, giving the region the name "New England." A majority of the population was Anglo-Saxon.

At first, the Native Americans helped the English colonies to develop their economy. William Penn, a Quaker, believed that colonists should approach the Indians in a friendly way. He arranged to have a letter read to the Lenni Lenapi, or Delaware, the tribe that have inhabited the area of Pennsylvania. But the as the number of settlers increased, so did the tensions between Native Americans and the white settlers. One of the examples of how severe the tensions can be is the Pequot War in Connecticut, which almost eliminated the Pequot population.

The reason behind the establishment of the New England was to pursue religious freedom (to worship their God as they deemed proper), but that freedom was not fully extended to everybody. Puritans were not very tolerant of people who held differing views from their own. Puritans wanted to create a model new society called "City upon a Hill." The people who opposed the Puritans' views often flee from persecution. One of the main persons that contributed to the emergence of the colonies was Roger Williams, who opposed Puritans' views.

The Enlightenment was an intellectual movement emphasized the necessity for people to be educated. Its ideals combined confidence in human reason with skepticism toward beliefs not founded on science or strict logic.

The Great Awakening was a religious revival. It opened unprecedented splits in American Protestantism.