Hitler was born in Austria on April 20, 1889. In 1913 Hitler left Vienna to travel to Munich when World War 1 broke out. He joined the Sixteenth Bavarian Infantry Regiment. Hitler was a courageous soldier and received the Iron Cross. Four weeks before the end of the war, Hitler was gassed, causing him to have to spend three months recovering in the hospital in Pomerania. Because of this Hitler was angry he felt that it was his calling to rescue the nation from the Versailles Treaty.

After World War 1, Hitler returned to Munich and worked for the military as an intelligence officer. He monitored the activities of the German Workers Party (DAP). This is where Hitler got the ideas of anti-Semitic, nationalist, and anti-Marxist. He officially joined the DAP in 1919. Hitler started to make beer-hall speeches. Something known as the "Beer Hall Putsch" failed. Hitler was arrested and served a year in prison. During this time he wrote a book which laid out his plans for the German society which was based on race. Due to the Great Depression he has a political opportunity. Hitler used his title as chancellor to form a dictatorship. Hitlers plan was coming together.

Hitler had many beliefs that affected his way of ruling. He believed that Germans were better than anyone. Christians were better than Jews, and that communism was evil. He supported the Aryan race, which was mostly German or British people who had white skin, blonde hair, and blue eyes. In his mind, Jews were the source of all evil. He didn't favor the communists because he felt they threatened the Nazi party 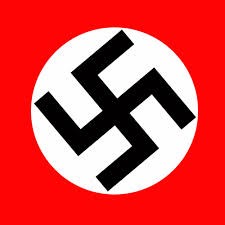 Many Jews were sent here to die.

This just shows how bad their conditions were.

This is where Jewish families were sent before going to concentration camps.

Follow Cara Chester
Contact Cara Chester
Embed code is for website/blog and not email. To embed your newsletter in a Mass Notification System, click HERE to see how or reach out to support@smore.com
close