The Anasazi s constructed dams , ditches , and canals to trap rain from tops of mesa and channel to gardens on canyon floor . Some more details about Anasazi s is that there houses were made of adobe and stone , and were multi-storied , apartment like structures , and lived along walls of cliffs . They had a heart civilization in Chaco Canyon was pueblo bonito where there was a massive complex of more than 1000 people .

The Hopewell people arrived in Ohio Valley around 300 BC . They built mounds and some were even 40 ft. high and 100 ft. wide . Theses groups ( Adena and Hopewell ) were both known as " mount builders ".

All the Mississippians civilazation collapsed by the beggining of 1300s . 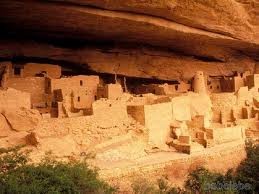 Follow lauren capell
Contact lauren capell
Embed code is for website/blog and not email. To embed your newsletter in a Mass Notification System, click HERE to see how or reach out to support@smore.com
close