Did you know that at Pasadena High School there is an Olympic hopeful training on a junior national team? Freshman Maria Prado isn't your average teen. Maria is part of the USA Junior National Team and not only is she preparing for college in PECHS, Maria trains six times a week for a very modern sport known as Taekwondo.

Commonly mistaken for karate, Taekwondo is the only martial arts, other than jujitsu, that is an Olympic sport. Taekwondo is a mix of endurance, flexibility, speed and strength. Since she holds the highest ranked belt, Maria is to be described as a highly respected an strong young woman.

However, many people tend to misinterpret the sport and the taekwondoka (someone who practices Taekwondo) as it is initially thought to be considered street fighting. “In Taekwondo, they teach us to respect, we don't just start a fight,” Maria says.

Along with being a mindful fighter, Maria also is in the program Pasadena Early College High School program, PECHS. How does exactly does she do it? “It really is difficult to balance out Taekwondo and school. I don’t really have much free time but I still manage make it work,” Maria says.

Maria’s aspiration sprouted from her mother, father and sister as they too practice the sport. Taekwondo is essentially traditional in the Prado family. At only 14, the fearless teen has competed internationally and has traveled to many destinations around the world. “Montreal would have to be my favorite place I’ve traveled to. It’s so beautiful over there,” she says.

During the Thanksgiving break, Maria Prado be represented the United State, and Pasadena High School, as she finished 1st place at the 15th Israel Taekwondo Open Championships in Ramla, Israel. The Mighty Pasadena HighSchool Eagles want to congratulate Maria on her win and her success in her passion 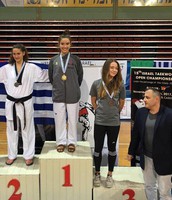 Maria on the podium in Israel 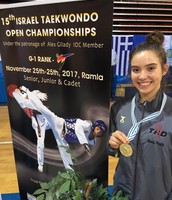 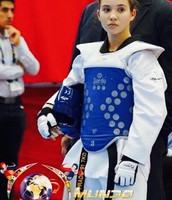 Seniors, don't miss out on the opportunity for a Grad Ad in the yearbook! 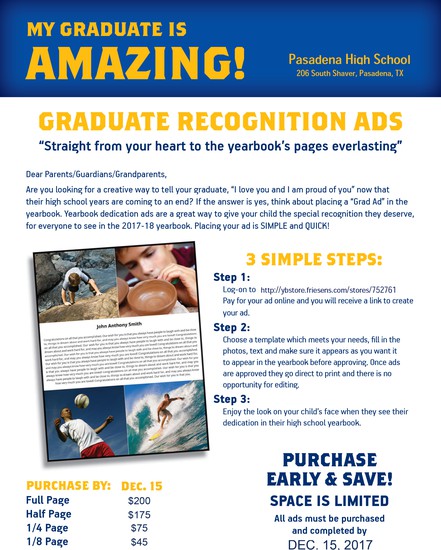 Follow Erin DiNardo
Contact Erin DiNardo
Embed code is for website/blog and not email. To embed your newsletter in a Mass Notification System, click HERE to see how or reach out to support@smore.com
close