You Can't Get Over It

You Can't Get Over It

Location and Why it was built

Hadrian's Wall is located in Northern Britain and stretches for nearly 120 km from Solwat Firth in the west to the Tyne River near Newcastle in the east. The wall was built under the direction of the Roman Emperor Hadrian in the second century to keep the Caledonians of Scotland out of England. 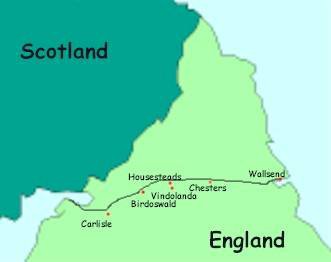 The wall is 8-10 feet wide, and 15 feet high and is made from stone. Along the wall, the Romans built a system of small forts called milecastles (housing garrisons of up to 60 men) every Roman mile along its entire length, with towers every 1/3 of a mile. Sixteen larger forts holding from 500 to 1000 troops were also built into the wall, with large gates on the north face. To the south of the wall the Romans dug a wide ditch, (vallum) with six foot high earth banks.

When it was built

Hadrian's Wall was started in AD 122 the project was not completely finished until 128 AD, six years later.

Facebook @Hadrianswall
Come to Hadrian's Wall. You will have the time of your life looking at a wall you can't see the end of.
Hexham Tourist Information Centre, Wentworth Place, Hexham, NE46 1QE, United Kingdom Hadrian@wall.com 44 1434 220616 hadrians-wall.org/ 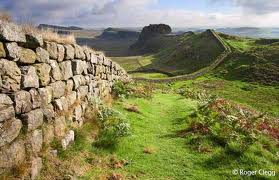 Hadrian was born on January 24th, 76 A.D. During Hadrian's rule he worked on reforms and consolidated the Roman provinces. Hadrian toured his empire for 11 years. Not all was peaceful though. When Hadrian tried to build a temple to Jupiter on the site of Solomon's temple, the Jews revolted in a war lasting three years. The wall was the northernmost boundary of the Roman empire until early in the fifth century. Hadrian died on July 10, 138, having been emperor since 117. 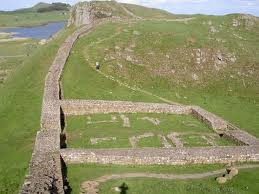 Today many of the stones have been carted away and recycled into other buildings, but the wall is still there for people to explore and walk along, although this is discouraged.

Follow Henry Covenrty
Contact Henry Covenrty
Embed code is for website/blog and not email. To embed your newsletter in a Mass Notification System, click HERE to see how or reach out to support@smore.com
close