This play is a story about Oedipus Rex and his downward spiral towards his position as king of Thebes. Arrogance in the play leads him to have a tragic flaw. In this play, Oedipus conveys the definition of a tragic hero, as he murders a man that he doesn't realize is his father. With his arrogance and pride flaring, he ignores the judgement of the oracle, Tiresias, and his uncle, Creon. Eventually, fate catches up to the ruler, as he realizes that Tiresias' prediction was indeed true. Oedipus the king of Thebes, was the true murderer of his father, and had bedded with his mother, Jocasta. Grief from this event causes his mother, Jocasta, to commit suicide and Oedipus to blind himself. 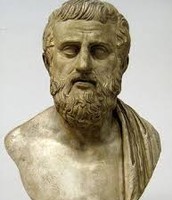 The City of Thebes

What is a Tragic Hero?

A tragic hero is someone who has the qualities to make a difference or impact, but almost always is ignorant of them, and ignites a chain of events that will cause suffering and help the hero see his or her flaw.

Oedipus, once beloved ruler of Thebes, did not realize his fate, due to his arrogance and pride. After being warned by the oracle of Apollo, Tiresias, Oedipus ignores the blind, feeble man's words of advice. Instead, he allows his stubborness and pretension, to control his decisions and ignored all of this followers and loved ones, including his wife, Jocasta. Accusations towards Creon, his uncle, followed, which eventually caused him to become isolated from other opinions. Eventually, his fate caught up to the ruler, causing him to suffer the fate that Tiresias had described. Through this, Oedipus is able to get past his arrogant and prideful mindset, and for his penance he blinds himself and his wife/mother, Jocasta, hangs herself due to grief. In the end, Oedipus has taught us all a lesson; arrogance leads to destruction.

These two quotes demonstrate Oedipus' arrogance and pride, as he basks in the glory of his "achievements" as ruler.

In the tragic play, "Oedipus Rex," genius writer Sophocles generates arrogance and dramatic irony to foretell that pride and pompous behaviors will lead one to a tragic path that will guide them to their own destruction. 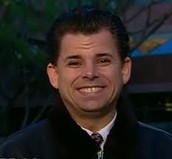