Daisy, Gatsby, Tom, and George are characters with power and contain connections, strife and romance, and fewer effects on the individuals without power.

Characters with power are involved in relations. Relationships provide a great deal of background since the ending makes readers more engaged. In chapter 1 page 1-7 Tom's riches is stated and he can dominate his wife Daisy who lives off her with his cash. With Tom cheating on Daisy's dilemma, she asked if it was for her, even if her heart was genuinely Tom's. Daisy figures that she may appeal to men because of her attractiveness and that Jay Gatsby is found attached and interested to Daisy not too long after. Since Daisy can't count on herself for a living she ends up living with it as if she genuinely adores Gatsby as a strategy to progressively collect his money from his dirty labor.

Moreover, there was also a chance for friction to fall between the individuals even with the dramatic landscape. In Chapter 7, the beginning of the major conflicts that killed Myrtle began with Daisy since she couldn't control the driving wheel properly as she had been disturbed by previous occurrences in the book. Furthermore, George became fierce at Myrtle's death and asked to know who killed his loving wife. Eventually, he passed through his thoughts with this aggression to question Tom about the night incident. Tom then characterizes it as a yellow automobile, and George becomes aware with an additional inquiry that it was Gatsby's automobile all the time so that he takes it upon herself to do something that led him to kill Gatsby and kill himself as a result.

Additionally, some remarkable romances have occurred right before our eyes in all the connections. Tom and Daisy first devoted themselves mainly until Tom slowly began to detach from the relationship. The result is their betrayal among themselves which began the Daisy and Gatsby romance. But Gatsby and Daisy only began the romance since Tom was no longer an option for Daisy since he had damaged their connection. Basically, Daisy only returns to Gatsby because she has the looks she has access to his money so it is useful for her everyday necessities. George and Myrtle are another couple, although with little money here and there they remain together.

In conclusion, Daisy and Tom weren't meant to be, but perhaps in the category they would be friends, and they would not love each other. With Daisy's planning, the fact that Gatsby and Tom know one another subsequently becomes worse for Gatsby. And Goerge should be satisfied with everything because he toiled as a mechanic for his family only to reach ends. The relationship between George and Myrtle indicates that money cannot buy happiness, for Gatsby doesn't look like he's very happy otherwise than that Daisy who uses him for his money. In the end, the scenario should not have been placed in George and Myrtle, because they lived for themselves and because of this they couldn't rely on therefore not being able to place trust in others., now I feel that after their death they can be brought together to make the book even more exciting.

Social Class Based Off Of Karl Marx

The Bourgeoisie are top tier aka the rich people. The bourgeoisie at the top level keeps others from rising to the top. The Bourgeoisie own property and use it to exclude others, others such as the proletariat.

Karl Marx didn't believe in the middle class only the bourgeoisie and the proletariat.

The proletariats are the bottom tier or better known as the lower class. The proletariats owned production and worked hard in order to receive little to no gains/profits.

Basically, this was just a class struggle between the Bourgeoisie and the proletariat. The main problem was the distribution of property and production. 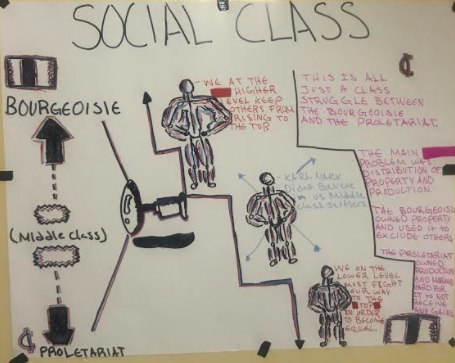 This is basically a poster with three figures on it going from smallest to tallest and within those figures, you see the middle is x'd out well that's because Karl Marx didn't believe in the middle class and therefore only believed in the Bourgeoisie and the proletariat. The magnifier glass shows the inside look of the concept upon social class based on Karl Marx. 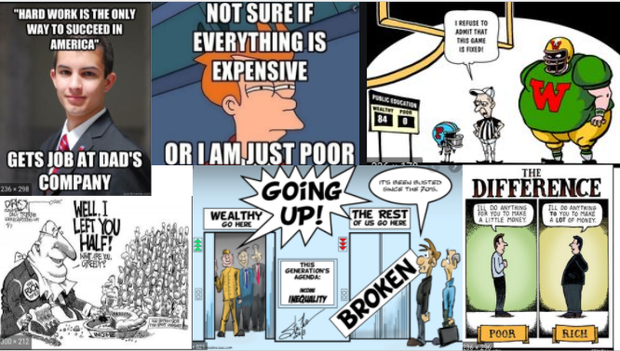 This is basically a page of memes I've put together to represent social class.

Creative Response Choice Board 1, 2 and 3

Text to self I feel as though I connect with Nick how he is inclined to a reserved judgment because in some arguments with my siblings I always like to listen and not say what I think because that could get me in trouble.

What- This shows that I and Nick rather use our hearing sense when others are talking rather than our mouth because we would like to retain toe words being spread.

Text to Text- The situation with Myrtle and Tom makes me think of the giving tree and how the boy always settled for less until he went up and above with no limitations and no harm done. This is because Myrtle sees herself as a bride for Tom when she can go out and chase men who really want to be with her.

Pages- Chapter 2 during the party I believe she is embarrassed

What- This shows to me that Myrtle will always settle for less and can never know what's good for her and also will never find the plenty fish in the sea while she has her eyes on “TOM”.

Text to the world- Tom almost and kinda reminds me of Donald Trump and how he has standards for others to follow when he can’t follow those standards himself.

What- The text in chapter 1 show how arrogant, and hypocritical Tom was

Find- "I'll tell you God's truth." His right hand suddenly ordered divine retribution to stand by. "I am the son of some wealthy people in the middle-west—all dead now. I was brought up in America but educated at Oxford because all my ancestors have been educated there for many years. It is a family tradition."

He looked at me sideways—and I knew why Jordan Baker had believed he was lying. He hurried the phrase "educated at Oxford," or swallowed it or choked on it as though it had bothered him before. And with this doubt, his whole statement fell to pieces and I wondered if there wasn't something a little sinister about him after all.” 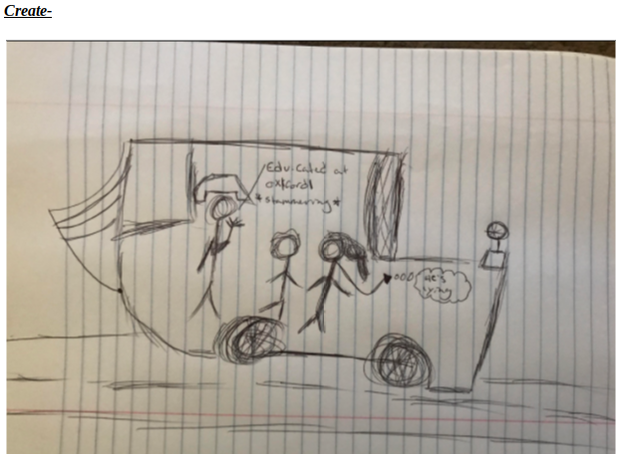 Write- I chose a section in chapter 4 where Gatsby was talking amongst Nick, and Jordan to find himself stammering to the phrases such as “educated at Stanford ''. In that section it shows that even with all Gatsby’s “accomplishments'' there was also a fear of truth within what he was saying to others because despite the fact that he has it all what he says yet backs him up on his truth as to where he is from and how he got his riches. (pg 65 paragraphs 2&3 starting from “I’ll tell you God's truth”.) 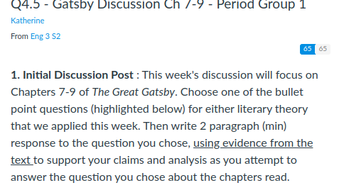 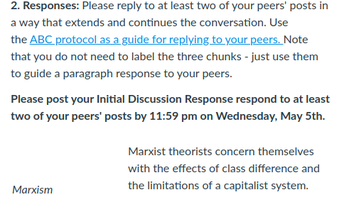 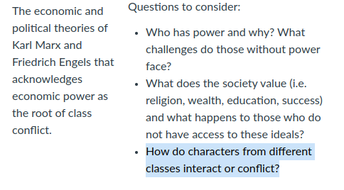