Tatianna is using Smore newsletters to spread the word online.

Get email updates from Tatianna:

Microwaves are electromagnetic waves with wavelength longer than Hz waves but shorter then radio waves. The wavelength wave of it is 30 cm. The frequency of this wave is 1 Hz. A microwave oven works by passing. Microwaves have the same velocity as an electromagnetic wave. So the velocity of it is 3 x 8th of ten. Cell phones can use microwaves as in they can generate a small antenna which means the phone doesn't need to be big. There are some dangers within microwaves and it is exposure to significant levels of microwaves which is known to cause cataracts in your eyes. Microwaves are also used by fixed traffic cameras and for radars that is used for air crafts, ships, and weather forecast.

Negative: May cause memory loss, adhd, headaches, and infertility

Long exposures to microwaves may cause cataracts in your eyes. This is a clouding of the lense keeping you from seeing clearly.

Positives: It cooks food well lowering your chance of getting food borne illness

Microwaves can reduce the amount of vitamins and minerals lost while cooking. 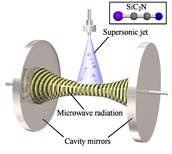 Interesting article : What is Microwave Radiation?-Anna

Microwaves have three characteristics that allow them to be used in cooking: they are reflected by metal; they pass through glass, paper, plastic, and similar materials; and they are absorbed by foods. The standard also requires all ovens to have two independent interlock systems that stop the production of microwaves the moment the latch is released or the door opened. In addition, a monitoring system stops oven operation in case one or both of the interlock systems fail. The noise that many ovens continue to make after the door is open is usually the fan. The noise does not mean that microwaves are being produced. There is no residual radiation remaining after microwave production has stopped. In this regard a microwave oven is much like an electric light that stops glowing when it is turned off. The Food and Drug Administration (FDA) has regulated the manufacture of microwave ovens since 1971. On the basis of current knowledge about microwave radiation, the Agency believes that ovens that meet the FDA standard and are used according to the manufacturer's instructions are safe for use.

Microwaves are not just used for cooking food, but for many other things as well. For example medicine, industry, science, consumer goods, and communication.

mobile phones use microwaves to connect to satellites and make calls.

microwaves are mostly used to cook food quickly, even though it always leaves the middle of my raviolis cold. 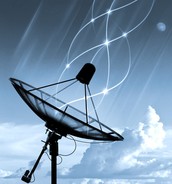 Satellites use microwaves to communicate with mobile phones and other satellites.

Tatianna is using Smore newsletters to spread the word online.

Follow Tatianna Millan
Contact Tatianna Millan
Embed code is for website/blog and not email. To embed your newsletter in a Mass Notification System, click HERE to see how or reach out to support@smore.com
close