Newsletter for the Ackerman Center for Holocaust Studies at UT Dallas 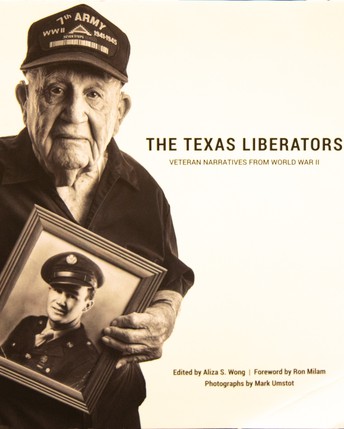 The Texas Liberator: Witness to the Holocaust

This year, International Holocaust Remembrance Day marks the 75th anniversary of the liberation of Auschwitz-Birkenau. In commemoration of the event, the Ackerman Center held a public reception launching the exhibit, “The Texas Liberator: Witness to the Holocaust.” The Texas Holocaust and Genocide Commission curated twenty-six banners that share first-hand accounts of Texan soldiers who witnessed Nazi concentration camps during World War II. Following an introduction to the American perspective of World War Two, and the rise of Nazism, each panel chronicles an individual soldier’s testimony describing their experiences encountering camp survivors. 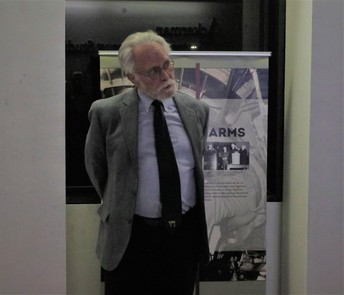 Dr. David Patterson, Hillel A. Feinberg Distinguished Chair in Holocaust Studies, and Texas Holocaust and Genocide Commission Education Subcommittee Chair, brought the exhibit to life through sharing stories about his own interactions with veterans. He conveyed how many of the soldiers, including those who had participated in storming the beaches of Normandy on D-Day, had expressed that what they witnessed at the camps surpassed the wartime atrocities they had encountered thus far. 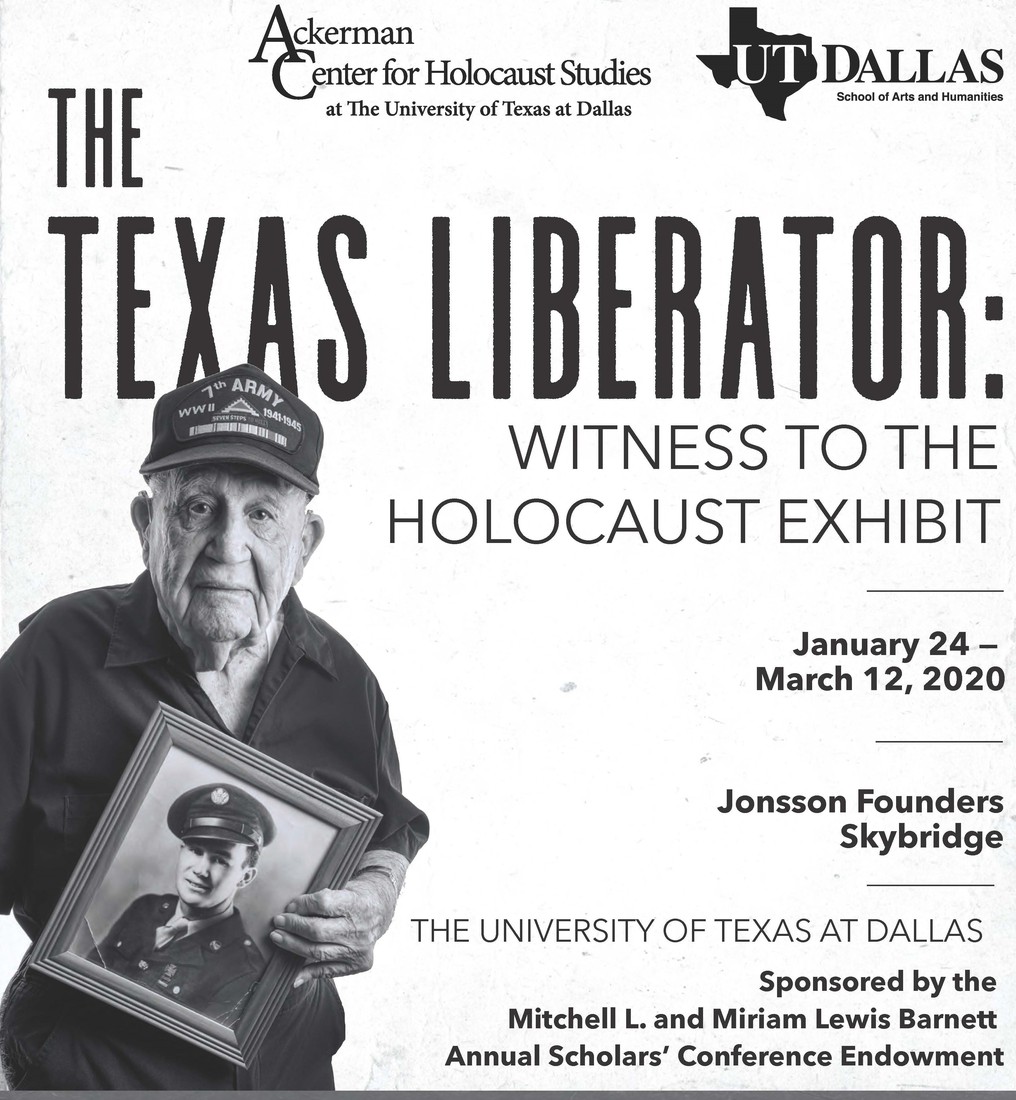 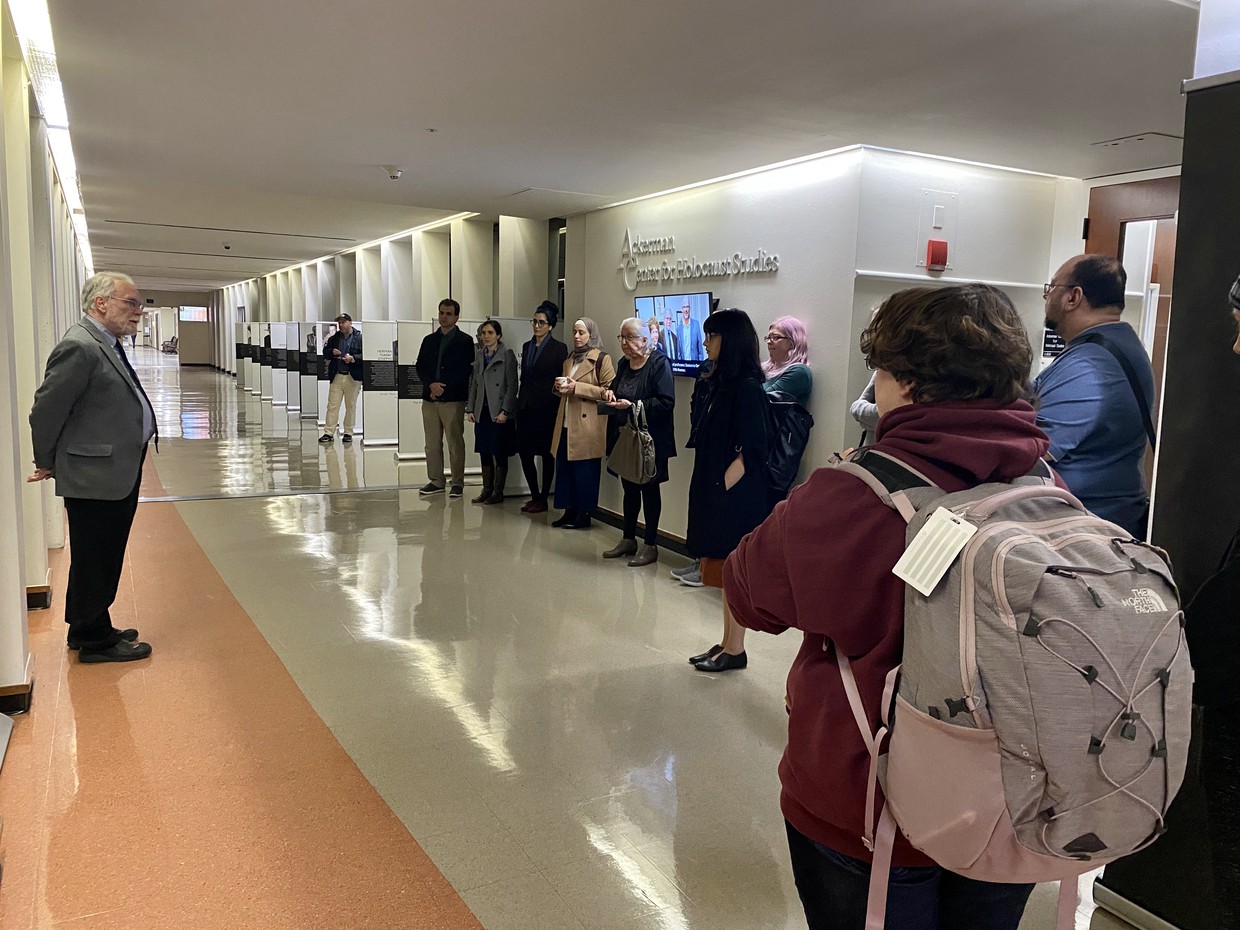 If you missed the open house...

The exhibit will be available for public viewing until March 12, 2020, and is located on the Jonsson Founders Sky Bridge outside of the Ackerman Center. For further information, including parking instructions, please contact Cindy Seton-Rogers at cynthia.rogers@utdallas.edu. 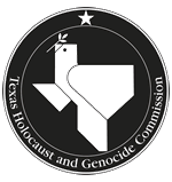 The Texas Holocaust and Genocide Commission provides Holocaust and genocide resources for educators, students, and the public, including through teacher workshops, grants, memorials and exhibits, and oral histories.

Make a gift to the Ackerman Center

Events like this are made possible because of the generosity of our supporters like you. Learn more about ways to give.

Follow Ackerman Center
Contact Ackerman Center
Embed code is for website/blog and not email. To embed your newsletter in a Mass Notification System, click HERE to see how or reach out to support@smore.com
close